Accessibility links
USDA's Advice For Eating Right Is Hard On The Wallet : Shots - Health News The government's Dietary Guidelines call for us to eat more fruits and veggies. But these healthful foods can be pricey relative to sugary, fatty options. The guidelines don't really help consumers on a tight budget figure out how to eat right, public health experts say.

USDA's Advice For Eating Right Is Hard On The Wallet

USDA's Advice For Eating Right Is Hard On The Wallet 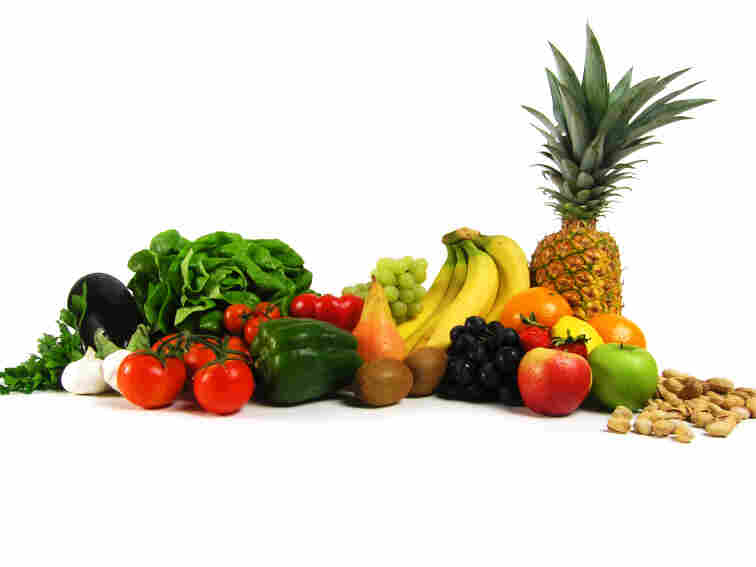 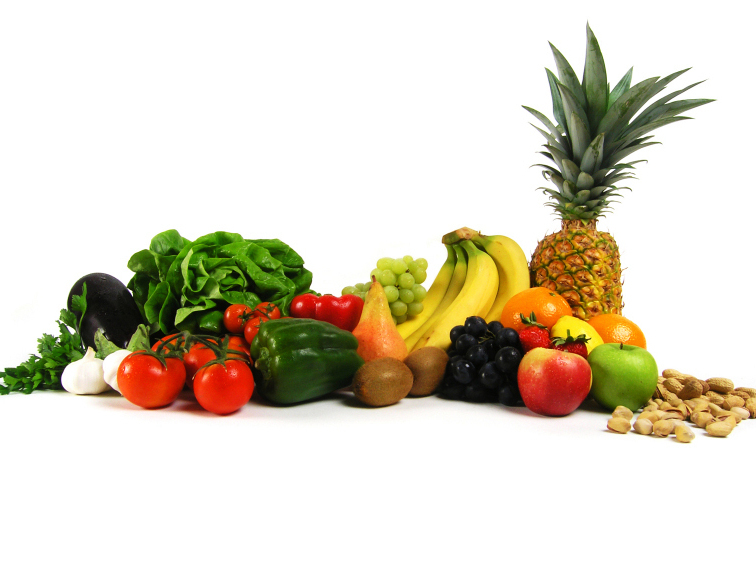 The government needs to make the most nutritious fruits and vegetables more affordable, researchers say.

There are myriad reasons why it's tough to follow a healthful diet in this day and age, and the formidable obesity epidemic in this country is a testament to the fact that too many of us simply can't do it.

The government, in theory, wants to lead us down a more healthful path, with tactics like the Dietary Guidelines, updated every five years with the latest nutritional science and suggestions for how to balance meals.

But fruits and veggies can be pricey relative to sugary, fatty foods, and the guidelines don't really help consumers on a tight budget figure out how to boost their intake of these healthful foods, public health experts say.

Today, researchers at the University of Washington published a study in Health Affairs that looked at four nutrients — potassium, fiber, Vitamin D and calcium — which the most recent set of guidelines (released in January) said we weren't eating enough of.

What they found among people they surveyed in the Seattle area was that consuming the recommended amounts of these four nutrients would make the average person's food bill go up — by as much as $380 per year with just one of the nutrients (potassium). That is too much for some low-income families, they say.

"We're trying to understand the dietary imbalance, and our study shows there's an economic layer to it, which the Dietary Guidelines don't account for," Pablo Monsivais, an epidemiologist at the University of Washington and the lead author of the study, tells Shots. "In theory it's possible for people to meet the guidelines, but they would have to be reoriented towards the lowest-cost foods."

Monsivais and his colleagues conducted a random telephone survey of about 2,000 adults in King County, Wash., on what they ate and how much they spent on food. They followed up with a questionnaire in the mail to which about 1,300 people responded.

On the question of potassium, respondents said they consumed an average of 2,800 milligrams per day — 700 milligrams less than what the guidelines recommend. The researchers calculated that it would cost them an extra $1.04 a day, or $380 per year, to meet the guideline.

Potassium isn't inherently expensive, the study notes – bananas and potatoes are cheap ways to get it — but many people wouldn't necessarily go for those foods if they were trying to boost their potassium, based on what they currently eat.

Monsivais has an idea, though, of what an affordable "MyPlate" would look like: It would be filled with lentils, cabbage, eggs, and carrots. And for dessert? Oranges, apples or bananas — all nutritious and cheap.

Another way to get people to eat more nutritious food is to help families on food assistance shop at farmers' markets. The Health Affairs study references Boston Bounty Bucks, a program that makes it easier for food stamp users to go to 21 farmers markets around Boston. All purchases made at these markets with the federal government's Supplemental Nutrition Assistance Program, or SNAP, are matched up to $10 by the BBB.

The Union of Concerned Scientists coincidentally released a report today also encouraging the government to do more to make the healthful fruits and vegetables at farmers' markets accessible to the poor.

"What we want to see are policies to allow low-income people to redeem their food assistance benefits at farmers markets," UCS economist and report author Jeffrey O'Hara tells Shots. "Some states don't even allow it, and there is evidence that these benefits work well for low-income people and actually help them increase their food and vegetable consumption."