Accessibility links
FDA: Wake Up, People, Those Lazy Brownies Are Unsafe : Shots - Health News The Food and Drug Administration has warned the maker of Lazy Larry relaxation brownies that the melatonin in them has not been deemed a safe food additive. The FDA says it can seize the brownies, which it considers adulterated, if the company keeps making and selling them.

FDA: Wake Up, People, Those Lazy Brownies Are Unsafe

FDA: Wake Up, People, Those Lazy Brownies Are Unsafe 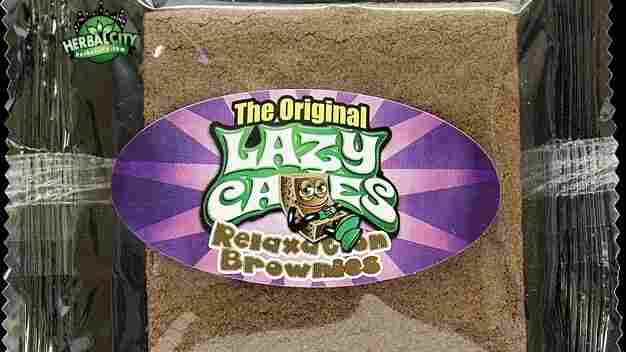 The Food and Drug Administration has given the maker of Lazy Larry relaxation brownies a wake-up call.

The Associated Press reported the agency has warned HBB LLC, the Memphis-based company that sells the brownies, that the melatonin in them has not been deemed a safe food additive. And the FDA says it can seize the brownies, which it considers adulterated, if HBB keeps making and selling them.

Melatonin, which is sold widely in tablets as a dietary supplement, is a naturally occurring hormone that plays a role in sleep regulation. Supplements, such as melatonin, are lightly regulated by the agency, and their makers' claims aren't generally subject to FDA's prior approval unless they contain a brand-new ingredient. Manufacturers of supplements are responsible for assuring their safety.

At the moment, the Lazy Larry website's most prominent caution to consumers is a tongue-in-cheek marketing message positioned next to a boldly labeled "Buy Now" button:

Warning: this product may cause extreme relaxation and excessive use of the word "dude."

Until last month, the brownies were sold as "Lazy Cakes," but the name was changed to appease critics and establish the product as a supplement rather than a food.

But the FDA's warning letter, which you can read here, shows the agency isn't buying the name change. Among other things, Lazy Larry is "marketed alongside snack foods" and the company's website even says it contains "the same ingredients your mother uses to make brownies," which the FDA notes are "a conventional food."

A company spokeswoman told the AP that HBB execs are still reviewing the letter with lawyers and aren't commenting on the FDA's warning.

In March, Anna Rouse Dulaney, a toxicologist with the Carolinas Poison Center, told Julie Rose from NPR member station WFAE that "eating the whole brownie would be about twice the recommended dose" of melatonin.

In large quantities, Dulaney said, melatonin can cause the central nervous system to slow down and lead to labored breathing. More commonly, people just get really sleepy and maybe nauseated.