Accessibility links
Organic Poultry Farms Have Fewer Drug-Resistant Bacteria, Study Finds : Shots - Health News Bacteria resistant to antibiotics used in meat production can make their way to humans through the meat itself and the environment — like waterways contaminated with runoff. But one study found that there were fewer of these bacteria on organic farms. 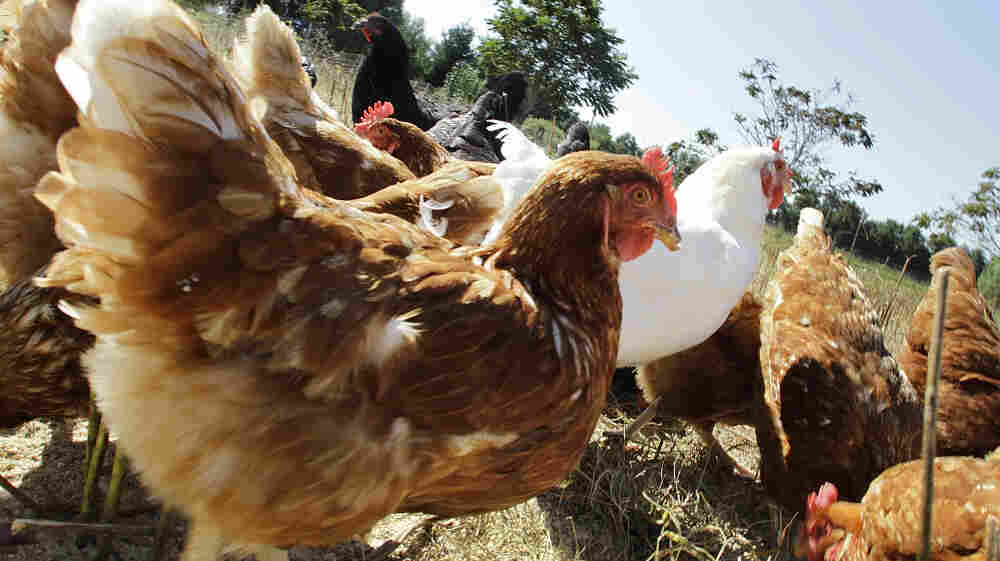 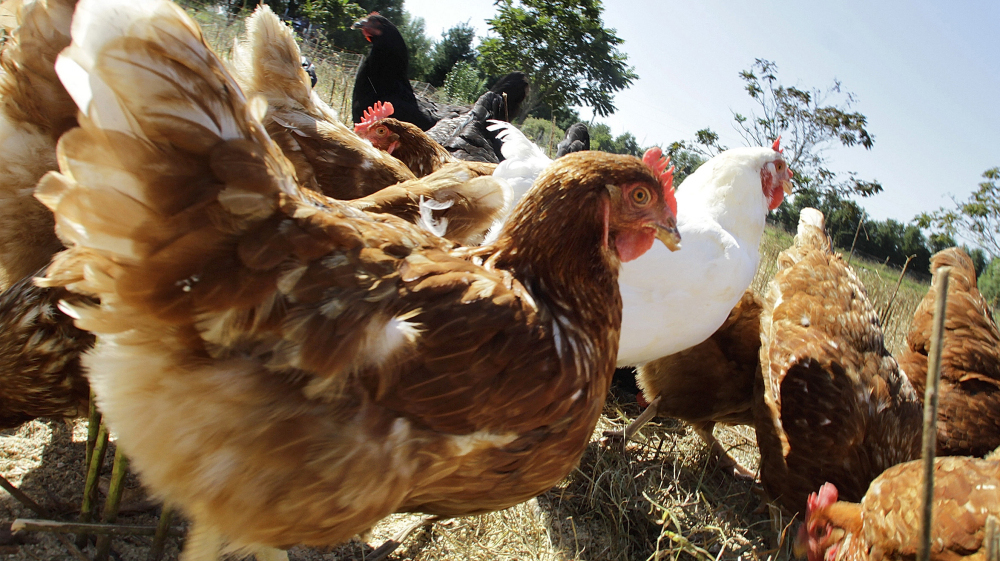 No chicken, organic or conventionally raised, is completely free of pathogens.

Proponents of organic meat often make the case that it's inherently better for people's health and the environment than meat raised by conventional farming methods. But the actual impacts of organic production can be tough for scientists to prove.

A study out today in Environmental Health Perspectives adds some weight to the argument that organic poultry, at least, may reduce one type of health risk. A team of scientists from the University of Maryland and other universities found that large-scale organic poultry farms — which are not allowed to use antibiotics to prevent disease in the animals — had significantly lower levels of one group of drug-resistant bacteria than their conventional counterparts.

The study comes at a time when antibiotic use in industrial livestock production is under heavy fire from the public health community. Farmers who raise food-producing animals use about 29 million pounds of antibiotics each year, according to the Food and Drug Administration, and the latest Salmonella outbreak in ground turkey turned out to be caused by a strain resistant to several antibiotics.

Bacteria resistant to antibiotics can make their way to humans through the meat itself and the environment — like waterways contaminated with runoff. If humans ingest those bacteria or are exposed to them other ways and get sick, there aren't many options for treating them.

Several European countries have already banned the prophylactic or preventative use of antibiotics for exactly this reason, and some studies there have shown that once farmers reduce antibiotic use, those resistant microbes mostly go away.

But that's been difficult to study in the U.S., since the majority of farmers still use antibiotics pretty indiscriminately. So Amy Sapkota, an assistant professor of environmental health sciences at the University of Maryland and lead author of the study, decided to look at 10 mid-Atlantic farms that had just adopted organic practices. She measured the change in levels of enterococci bacteria against 10 mid-Atlantic conventional farms. Enterococci can show up in poultry litter, feed, and water. The researchers tested their resistance to 17 different types of antibiotic drugs.

"We were surprised to see such dramatic differences in the levels of antibiotic-resistant bacteria in the very first flock at these organic farms," Sapkota tells Shots.

For one common antibiotic, erythromycin, 67 percent of an Enterococcus bacterium from conventional poultry farms were found to be resistant, while 18 percent were resistant at the organic farms. But Sapkota notes that organic farms usually still have "reservoirs" of resistant bacteria that can linger in the soil or the packed dirt floor of the poultry houses, so they may never be completely free of the bugs.

But Sapkota's work does not mean organic poultry eaters get a free pass when it comes to food safety. No chicken is completely free of pathogens, and consumers still need to take all the precautions they normally would when preparing poultry: Cook it well and beware of cross-contamination on the cutting board.