Accessibility links
Scientists Modify T-Cells To Attack Leukemia : Shots - Health News Gene therapists are looking for persistence. They want the therapeutic gene to stick around and help T-cells fight cancer cells. And in two new reports, that's what they got. But don't expect to find the treatment at a hospital near you any time soon. 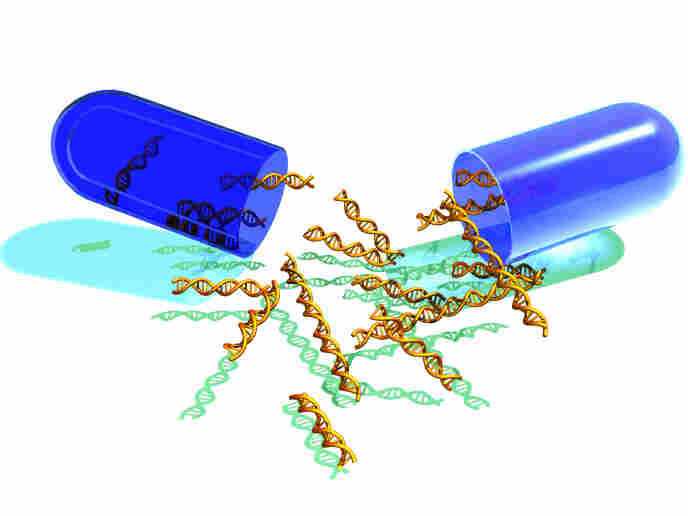 Until now, scientists have had a tough time getting therapeutic genes to go where they need to go. iStockphoto.com hide caption 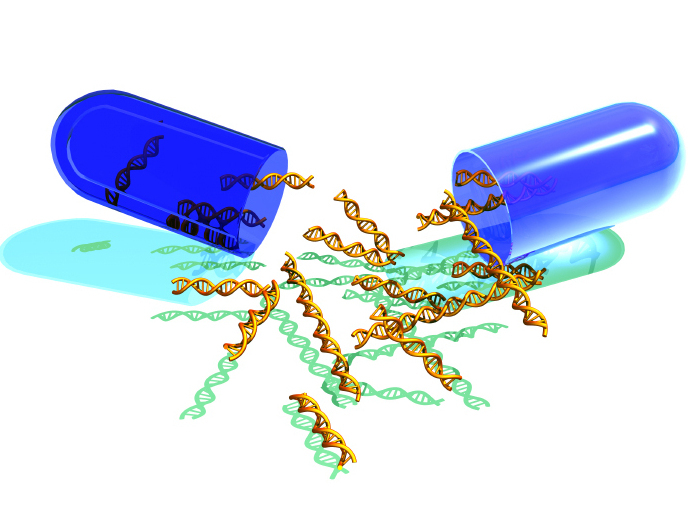 Until now, scientists have had a tough time getting therapeutic genes to go where they need to go.

Any time you report on promising but preliminary results about a new therapy for a lethal disease, you worry that you might be raising false hopes. So be warned: Although this is a "good news" story, it's preliminary. Don't expect to find it at a hospital near you any time soon.

Two reports out this week describe positive results using a gene therapy approach to treating a form of leukemia — chronic lymphocytic leukemia. Although the study, explained in one report in the New England Journal of Medicine and another in Science Translational Medicine, was small — with only three patients in total — researchers have reason to be enthusiastic.

Why? One of the big problems with gene therapy has been that the genes won't stay where you want them to. You insert a therapeutic gene into cells, you put the genetically modified cells into patients. But then, mysteriously, a few days later, the modified cells are gone.

What gene therapists are looking for is persistence. They want the therapeutic gene to stick around. And in the new studies, that's what they got.

Carl June and other researchers at the University of Pennsylvania took blood from the three patients and isolated a kind of immune cell in the blood called a T-cell. These cells can recognize invading organisms and kill them. But normally, they won't recognize cancer cells.

So in the lab, the researchers added a gene to the T-cells so they would recognize the leukemia cells and destroy them. They then injected the modified cells back into the patients. The cells performed as expected, wiping out the leukemia cells.

But more importantly, the modified T-cells could still be found in the blood six months after they were returned to the patients, and the researchers say there's good reason to think they will last even longer. That means if the leukemia cells should reappear, the modified T-cells will be there to destroy them — all this without any chemotherapy.

Two of the patients went into complete remission. The other got better but is still sick.

To be honest, the Penn researchers don't really know for sure why their approach allowed the modified T-cells to persist. But there are several institutions, including Baylor College of Medicine, MD Anderson Cancer Center, City of Hope, Memorial Sloan-Kettering Cancer Center (see their video here), and the National Cancer Institute, that are trying similar approaches. And there may be more good news about this form of gene therapy as early as next week.

Twenty years ago it seemed that using gene therapy to treat diseases was just around the corner. Now it appears the corner may be just up ahead.