Accessibility links
Slippery Banana Peels Could Be A Savior For Polluted Water : Shots - Health News Researchers have found that the oft-maligned banana peel can grab heavy metals like copper and lead out of polluted water. Chopped-up peels performed as well or better than many other filtering materials like silica or carbon. This newly discovered banana talent has yet to be commercially developed. 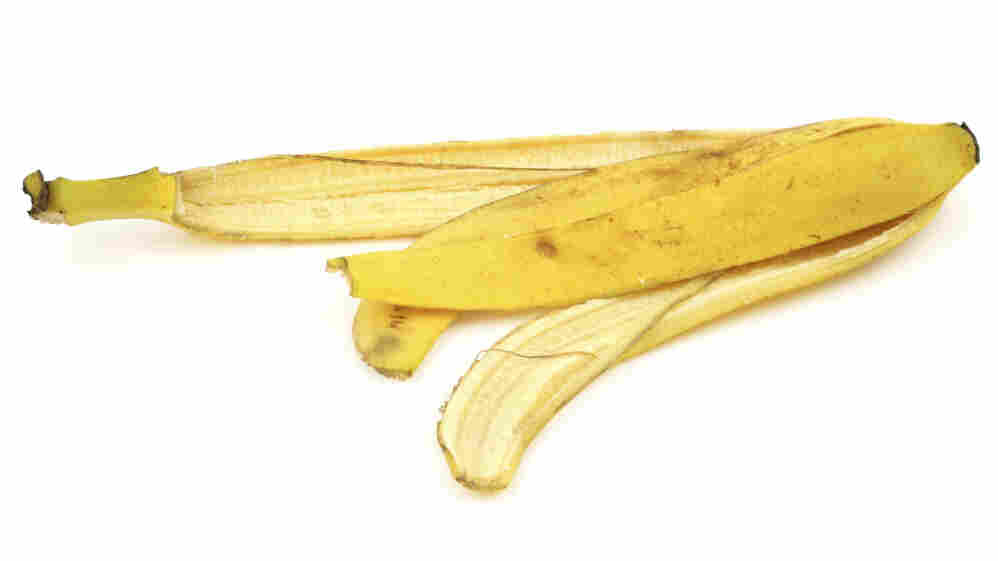 Researchers have found that the oft-maligned banana peel can grab heavy metals out of polluted water. iStockphoto.com hide caption 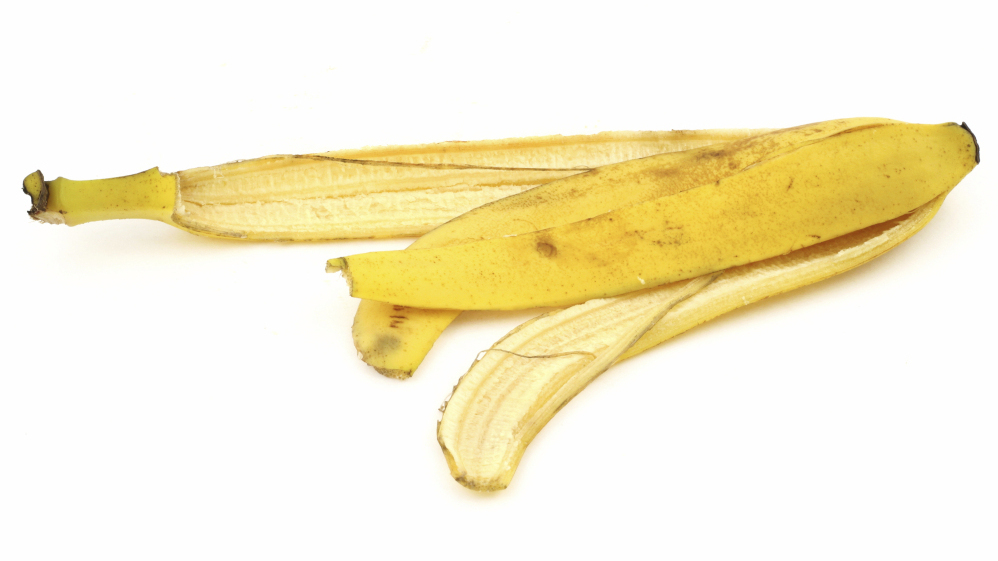 Researchers have found that the oft-maligned banana peel can grab heavy metals out of polluted water.

Banana peels don't get a lot of respect. Though we here at Shots have never actually heard of anyone slipping on one, it seems they're stuck in the cultural lore as a nuisance, or even a hazard.

But a Brazilian researcher, who also happens to be a banana lover, has taken an interest in the lowly banana peel and is helping to remake its image. The banana peel, it turns out, can take water dirtied by heavy metals from mining operations or other activities and turn it to clean drinking water.

Magic? No, actually, it's chemistry. Gustavo Castro is an environmental chemist at São Paulo State University who says he'd heard for a long time that the peel of the banana was the best part of the fruit, where most of the nutrients and proteins reside. So he decided to investigate its chemical composition to see if these banana peel boosters were right, he told the American Chemical Society in a podcast.

What he found was that banana peels contain nitrogen, sulfur and organic compounds such as carboxylic acids. Castro was especially pleased to find these acids because they can bind with positively charged metals that leach into rivers from industrial operations.

To test the peels, Castro and his colleagues chopped up and dried a bunch of them and mixed them with water from Brazil's Paraná River, which was polluted with copper and lead. The peels performed as well or better than many typical filtering materials, like silica or carbon. What's more, the peels are a cheap waste material. Castro found they could be used up to 11 times before they stopped working as purifiers.

The findings were published earlier this year in the journal Industrial & Engineering Chemistry Research, a publication of the American Chemical Society.

Of course, with any brave new idea there's always a word of caution. The banana peel can't get rid of bacteria in water, so don't strap one around your faucet just yet.