Accessibility links
Vampire Bats. Bites. Rabies. Oh My! : Shots - Health News After a 19-year-old man died of rabies in New Orleans, doctors found that the virus was transmitted by a vampire bat. Rabies cases are rare in the U.S. with most cases caused by bites from plain old insect-eating bats. 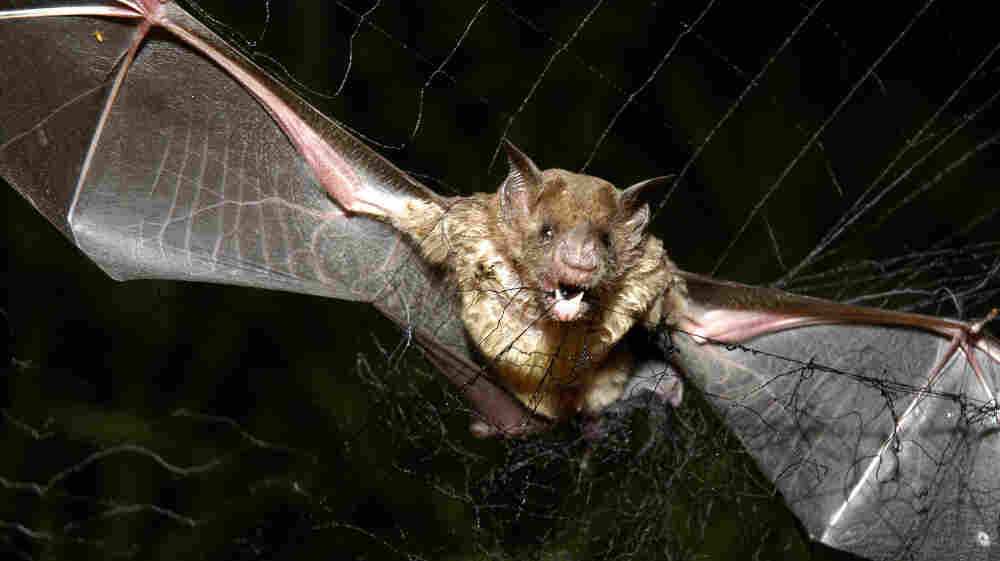 A vampire bat is caught in a net in the northeastern Amazon in Brazil in 2005. MARIO QUADROS/ASSOCIATED PRESS hide caption 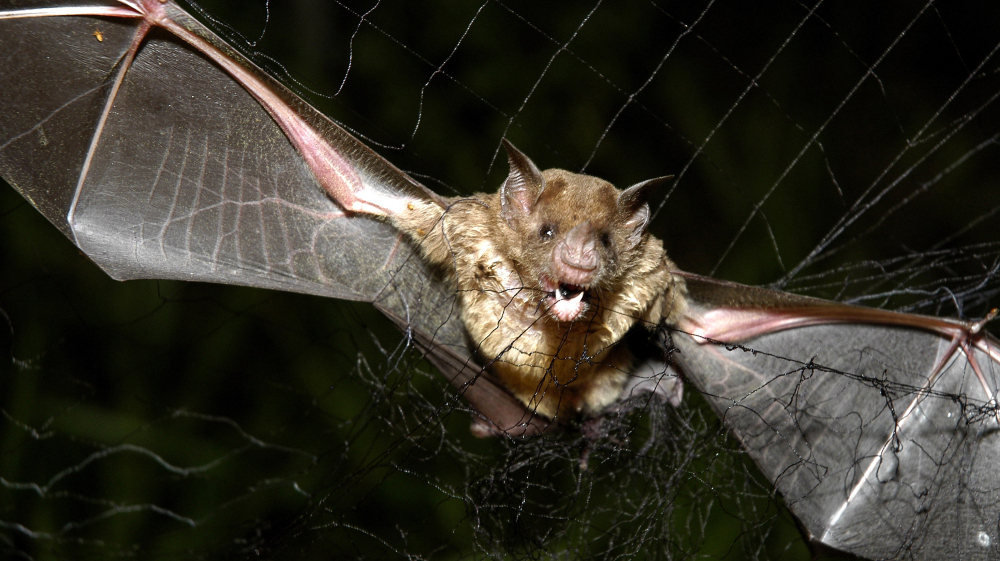 A vampire bat is caught in a net in the northeastern Amazon in Brazil in 2005.

A man dies in Louisiana after being bitten by a rabid vampire — bat, that is. It sounds like an episode of "True Blood," HBO's series that follows the fictional doings of Louisiana vampires.

But no, this was an actual missive from Morbidity and Mortality Weekly Report, the journal of the federal Centers for Disease Control and Prevention covering all things infectious and deadly.

Death by rabies has become exceedingly rare in the United States, averaging one or two cases a year. Still, this man's death is a reminder that rabies is still very much with us, and can be deadly when a person doesn't get treatment soon after being bitten by a rabid animal.

Rabies is most commonly spread in the United States by raccoons, followed by plain old insect-eating bats, skunks, and foxes. In recent years most human rabies cases have been caused by bat bites. Just four human deaths were recorded in 2009, and this one in 2010.

That's a big change from the early 1900s, when more than 100 people died each year from rabies. Vaccination of pets and swift post-bite treatment with rabies vaccine is credited with reducing the human toll.

The vampire bat victim, first reported last week, was a 19-year-old migrant farm worker from Mexico. He died a year ago in a New Orleans hospital after being infected by a bite in his home country. His case was was the first report of human rabies caused by a vampire bat in the United States.

People wondering if this is the beginning of a trend can rest easy, at least for now. Vampire bats live in Latin America, and haven't yet made it to this country.

Doctors at first thought this man's symptoms of weakness in his left hand and drooping left eyelid were caused by Guillain-Barré syndrome, in which the body's immune system attacks nerves. But as the man grew sicker, doctors began to suspect rabies. Tests after he died on August 21, 2010, determined that the rabies virus had come from a vampire bat. It usually takes about 85 days for symptoms to appear after a person has been bitten by a rabid animal.

Vampire bats eat about two tablespoons of blood a day. NPR's Joe Palca reported earlier this month that the vampire bats find their victims by using specialized nerve cells on their faces that sense the warmth of blood under the skin.

To avoid potentially deadly encounters with rabid animals, the CDC recommends making sure all pets are vaccinated, and to avoid contact with wild animals. If you are bitten by an animal and have any rabies symptoms, it's crucial to seek treatment immediately.