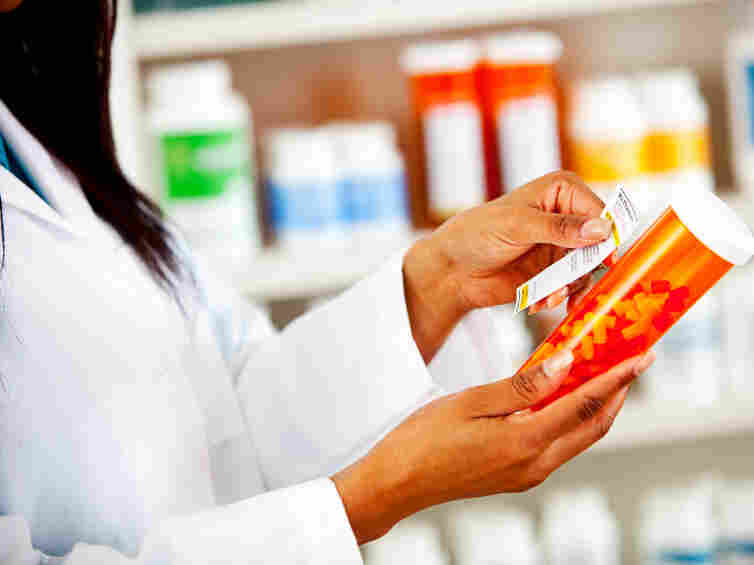 Express Scripts and Medco Health Services say their merger will help control prescription drug costs. But many prescriptions may only be available by mail, which may not sit well with some consumers. Sean Locke/iStockphoto.com hide caption

You probably haven't heard of either Express Scripts or Medco Health Services, but their plans to merge in a $29 billion deal, announced last month, may have an impact on your pocketbook.

The two companies are giants in the health care industry. They're what's called pharmacy benefit managers, or PBMs: They manage the prescription drug coverage that health insurance companies offer to large organizations like corporations and unions. The companies say the merger will help them control health care costs for consumers. But will bigger really be better for consumers?

The PBM model can result in cost savings for customers, says Lisa Jackson, an administrative assistant with the Granite City, Ill., chapter of United Steel Workers who helps thousands of union retirees navigate the world of health insurance.

The people she works with — former employees of the old National Steel plant in Granite City — get prescription drug coverage through their union, and the benefit is handled by Express Scripts. Jackson says some of her retirees are saving as much as $150 each time they fill a prescription over what they would pay if they were getting the same prescription through the federal Medicare drug benefit.

"These people that are on a fixed income," she says, "they should not have to decide, 'Am I going to take my medicine, or am I going to heat my home or cool my home?' "

But there's a catch. Those cheap drugs are only available through the mail, and Jackson says that drives some of her retirees away from the Express Scripts plan. "People would just rather have personal contact with a pharmacist," she says.

Those restrictions, though, are just one of the ways companies like Express Scripts and Medco control the costs of prescription drugs.

The best tool PBMs have for controlling costs is aggressively pushing the use of generic drugs, says analyst Dan Mendelson. He worked on health care during the Clinton administration and currently runs his own research firm, Avalere Health.

"A lot of major pharmaceuticals have gone off patent, and PBMs have been largely responsible for how rapidly those generics get switched over," he says. "Many plans actually give generics for free. Others will charge a co-pay of five bucks, in contrast to the copay on a branded medication, which can be between $30 and $60."

Express Scripts chief medical officer Steven Miller says his company plays a key role in keeping down copays. "Drug inflation may be going up 10 percent," he says. "Our average copay went from $12.47 to $12.15" — savings he calls "pretty remarkable."

The planned acquisition of Medco would be the eighth merger for Express Scripts, which says every single deal has lowered costs for consumers. The company will likely emphasize that point to government regulators, who still need to approve this deal.

Researchers like Jack Hoadley at Georgetown University's Health Policy Institute say it's hard to tell exactly how much PBMs lower costs, because the data aren't readily available. But, he says, PBMs do offer other benefits.

"During the time it takes for you to actually have that prescription ready to be picked up," he says, "the PBM is back behind the scenes, making sure that this isn't a duplicative prescription, making sure there aren't dangerous interactions."

Hoadley says his biggest concern is to what end the combined companies will use their gigantic market share.

The companies hope to complete the merger early next year.