Accessibility links
Buzz Kill: Marijuana Genome Sequenced For Health, Not Highs : Shots - Health News A startup company has sequenced the genome of Cannabis sativa, the marijuana plant. The company hopes the data will help scientists breed plants without much THC, so they can study other compounds that may help fight pain or cancer. 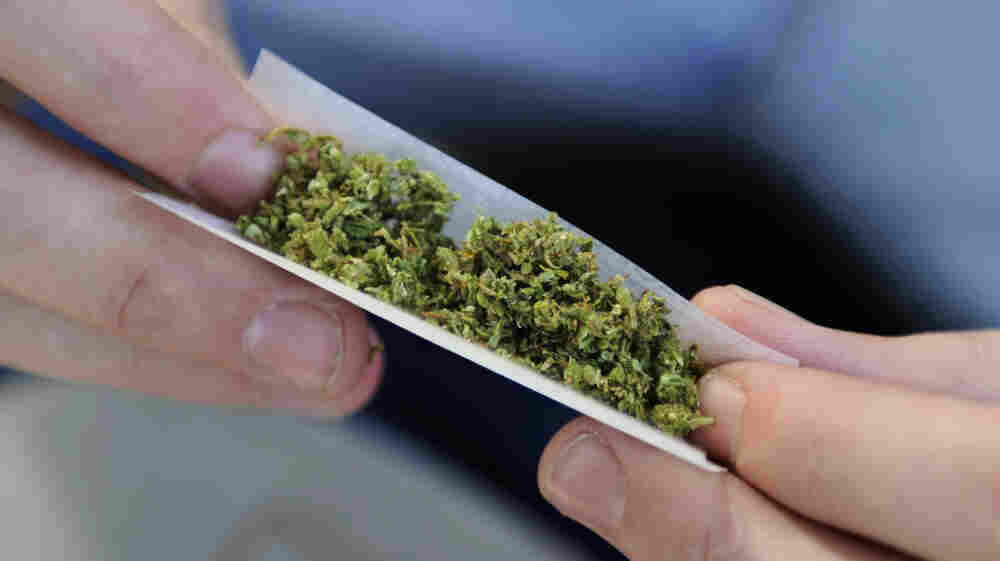 The scientists who sequenced the marijuana plant say they hope the next generation of pot will have stronger therapeutic compounds. JUAN MABROMATA/AFP/Getty Images hide caption 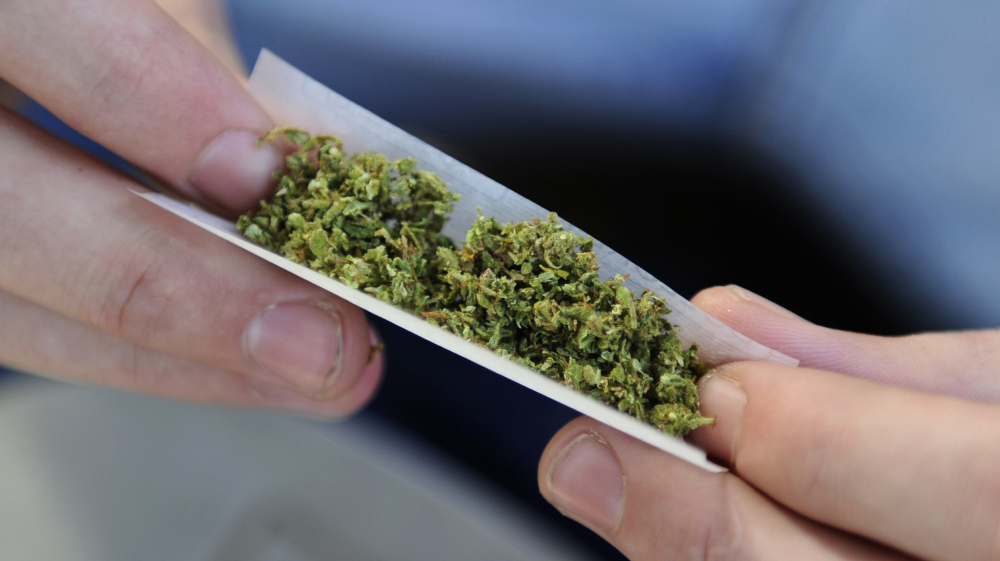 The scientists who sequenced the marijuana plant say they hope the next generation of pot will have stronger therapeutic compounds.

Stoners and scientists alike may be stoked to learn that a startup biotech company has completed the DNA sequence of Cannabis sativa, or marijuana. But here's something that could ruin a high: The company hopes the data will help scientists breed pot plants without much THC, the mind-altering chemical in the plant. The goal is instead to maximize other compounds that may have therapeutic benefits.

Kevin McKernan, founder and chief executive officer of the company, called Medicinal Genomics, says Cannabis sativa has 84 other compounds that could fight pain or possibly even shrink tumors. But anti-marijuana laws make it difficult for scientists to breed and study the plant in most countries. That's one reason he decided to publish his data for free on Amazon's EC2, a public data cloud.

McKernan, who has an office in Massachusetts and a lab in the Netherlands, where he can legally gather DNA from marijuana plants, has spent most of his career studying tumors in humans. But he tells Shots he had several friends with cancer who asked him about medical marijuana and whether it might do them some good. That got him interested in the emerging medical research on pot's healing properties.

Then he heard about a drug called Sativex, a Cannabis-derived drug developed by a German pharmaceutical company to treat muscle stiffness from multiple sclerosis. Sativex contains THC and another cannabanoid called CBD, which the company says keeps the psychoactive effects of THC in check. The drug is now available in the United Kingdom, Spain and Germany, and it's in trials to see if it works for cancer pain.

McKernan says Sativex might just be one of the first in a line of future pharmaceuticals using cannabis compounds for a variety of serious illnesses.

"We know which genes govern CBD and THC, but not the other 83 compounds," McKernan tells Shots. "Now that we've sequenced this genome, we can sequence other strains, and then we can tie the differences in DNA to different traits."

Opening up access to the data is especially important for a plant like Cannabis, McKernan says, because many scientists who'd like to study it in the U.S. and other countries can't get a license to grow it.

"A lot of people who want to contribute to this field can't, but now that this information is available, a lot of research can get done without growing any plants," McKernan said.