Accessibility links
To Avoid Brain-Eating Amoebas, Hold Your Nose : Shots - Health News Brain-eating amoebas don't want to kill us; we just happen to be swimming in their rivers and ponds. An infectious disease expert says that holding your nose, and avoiding cannonballs, is one way to reduce the risk of infection while still being able to swim this summer. 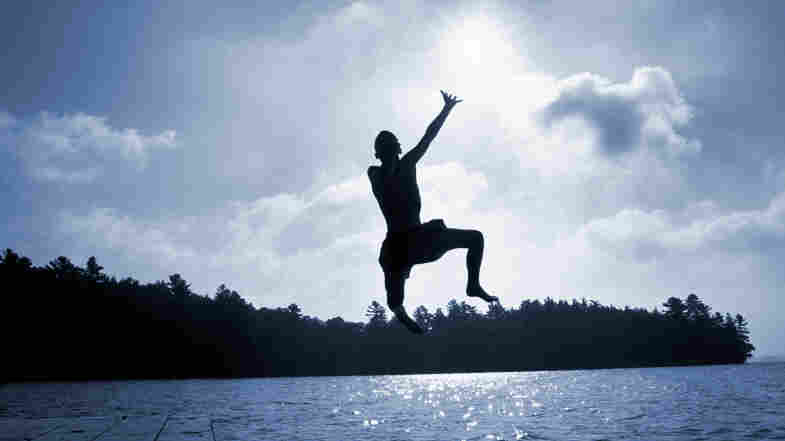 Go ahead and jump, but hold your nose. iStockPhoto.com hide caption 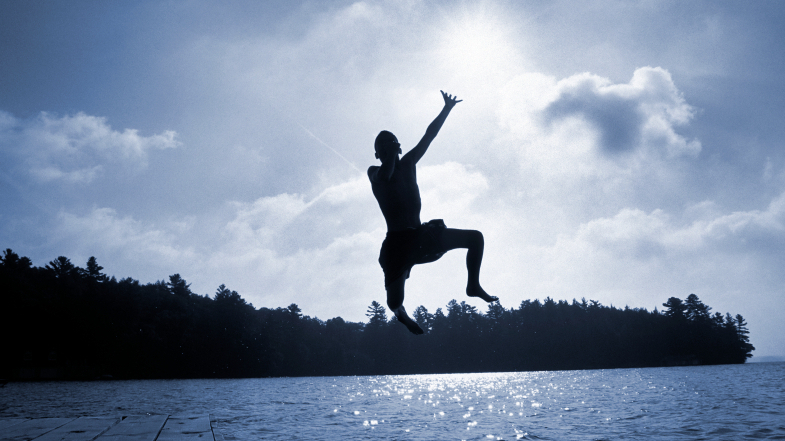 Go ahead and jump, but hold your nose.

Brain-eating amoebas have killed three people so far this summer. The victims include a 9-year-old Virginia boy and a 16-year-old Florida girl; both apparently became infected while swimming in warm, stagnant water. That makes the typical summer health warnings about swimmer's ear and sunburn seem mundane by comparison.

The bug crawls into the brain through the nose and causes primary amoebic meningoencephalitis, a disease of the central nervous system that is extremely rare but almost always fatal. To find out how much of a risk is posed by the local swimming hole, Shots dialed up William Schaffner, an infectious disease expert who heads the department of preventive medicine at Vanderbilt University Medical School. Here's an edited version of the conversation.

SHOTS: We don't often hear about deadly amoeba attacks. Where did this bug come from, and why is it killing people?

SCHAFFNER: It's an amoeba, a simple-single-celled organism. Most of us learned about amoebas in high school biology. It lives out in the environment and likes to live in water. If the water temperature rises for a sustained period to about 80 degrees, and the water is brackish, these amoebae love it. They multiply.

SHOTS: The bug seems to be killing young people. Why is that?

SCHAFFNER: Children love to dive into rivers and lakes. If they jump in such a way that the water is forced up their noses, the amoeba gains entry that way.

You could probably swim without harm if you're not doing cannonballs and the like that drive water with force up into the nose. That seems to be an essential part of the equation.

That's why it's mostly young kids who get it, because they're the most exuberant.

But the bug doesn't want to do that. It lives in nature; it does not wish to live in us. You have to get them jammed up into the nose. The exact route from the nasal cavity to the brain is not certain, though we think with these amoebas, they crawl along the nerves.

Infection with Naegleria fowleri is very rare. The risk is about 1 in 10 million.

SHOTS: Rare indeed. It looks like there only three or four cases of infection with Naegleria in the United States each year. But victims almost always die.

The drug used to treat it, aphotericin, is not easy to use. It's not one you can just put in the IV bag and run it in. It can damage kidney function, so you have to titrate the dose carefully.

SHOTS: So it would be very good to not get infected in the first place. What's the best way to avoid infection?

So if you're swimming in a lake or river, don't do cannonballs. If you do want to dive, use a nose clip. You've got your own nose clip, which is your thumb and forefinger, or use one of those pink plastic ones.

But let me restate: The risk is very, very low. We don't want to have people not go swimming because of this.