Accessibility links
Hospitals Have Got Your Back, Maybe A Little Too Quickly : Shots - Health News The latest Medicare data show that doctors frequently order MRI scans for patients with back pain before trying recommended treatments such as physical therapy.

Hospitals Have Got Your Back, Maybe A Little Too Quickly

Hospitals Have Got Your Back, Maybe A Little Too Quickly 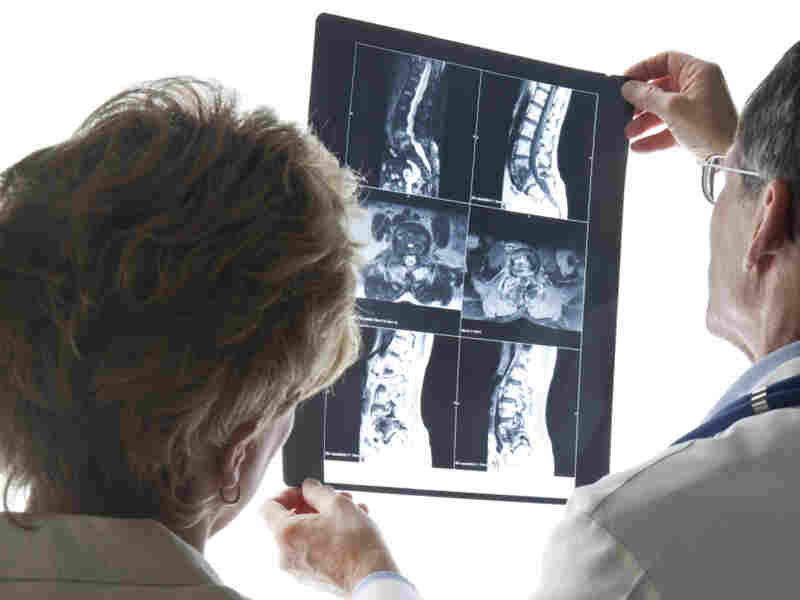 Is that MRI for back pain necessary? iStockphoto.com hide caption 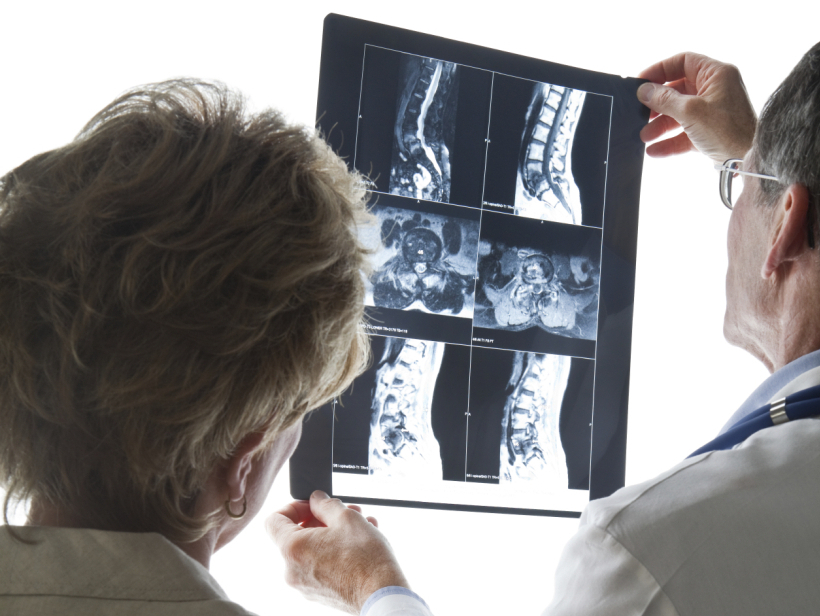 Is that MRI for back pain necessary?

Back surgery is one of the best documented examples of expensive medical treatments that drive up health care costs while not always helping patients, and sometimes even hurting them.

And the latest Medicare data show that doctors frequently order MRI back scans for patients who haven't tried recommended treatments such as physical therapy. An MRI often prompts surgery.

In 2009, 32 percent of Medicare patients with lower back pain who received a spine MRI at a hospital outpatient imaging center hadn't tried a more conservative — and cheaper — treatment than surgery, according to data published on Medicare's Hospital Compare website this month.

Among 2,088 hospitals where Medicare had enough data to evaluate, Regions Hospital in St. Paul, Minn., had the highest rate: 64 percent of the 329 patients that got scans in 2009 hadn't received prior treatments first.

According to the Hospital Compare data, the hospitals with the next highest rates in 2009 were:

To be sure, high MRI rates aren't proof the hospitals are jumping the gun (or the scan) on patients. It's possible that doctors who referred to these places tended to have more patients who warranted prompt scans on clinical grounds. And hospitals like to note that they don't control many of the doctors who order these tests.

And there's evidence — such as in this recent study — that patients receiving back scans are more likely to end up getting spinal surgery. Spine surgeries are a rapidly growing cost to Medicare, and there are widespread concerns that some spine surgeons are too eager to perform these lucrative surgeries, egged on by financial conflicts of interest.

The Medicare data show that at 9 of 10 hospitals, at least 25 percent of the patients who received back MRIs hadn't tried a more conservative treatment first.

Among states, Minnesota had the highest average rate of MRI back scans without prior interventions, at 41 percent. Wyoming was second, followed by Arkansas, West Virginia, Utah and Montana. The state with the lowest rate was Delaware, at 26 percent, followed by Florida, New Jersey, California and New York.

These results are intriguing because many of the states with the highest rates of possibly premature MRIs, such as Minnesota and Utah, are frequently cited by folks at the Dartmouth Atlas and elsewhere for their cost-effective care. Some of the states with the lowest rankings, such as New Jersey and New York, are often cited as places where doctors and hospitals perform too many procedures.

If you want to look up your hospital's back scan rate, go to Hospital Compare. Enter your city and state or zip code, select your hospital and then select the "Use of Medical Imaging" tab on the left. Note that many hospitals didn't do a sufficient number of MRIs for Medicare to do a valid analysis.