Accessibility links
Why The Cardiologist Cares About Your Antidepressant : Shots - Health News The FDA says doctors should not treat patients with doses of the antidepressant Celexa in excess of 40 milligrams a day. Doses higher than that raise the risk for abnormal heart rhythms.

Why The Cardiologist Cares About Your Antidepressant

Why The Cardiologist Cares About Your Antidepressant

The Food and Drug Administration is telling doctors and patients not to use high doses of the popular antidepressant Celexa anymore because they can raise the risk for potentially harmful changes in heart rhythms. 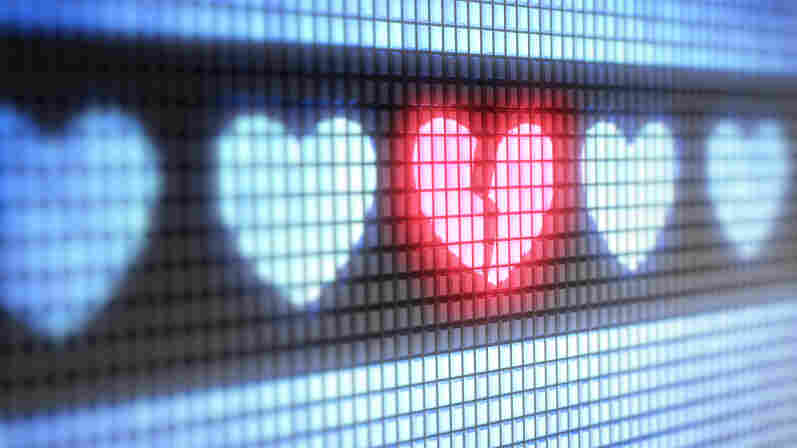 The agency's safety advice says that doctors shouldn't prescribe more than 40 milligrams a day of Celexa (or citalopram, generically) to minimize the chances of trouble. Some patients with heart conditions — or patients who are taking other medicines that can make the problem worse, such as the antacid Tagamet — should take even less.

High doses of citalopram can lead to problems with what cardiologist call the "QT interval," a sort of electronic reset of the heart between beats. If the QT interval is prolonged, as can happen with high-dose citalopram, it can cause "a very rapid, disorganized rhythm of the pumping chamber of the heart," says Dr. Westby Fisher, director of cardiac electrophysiology at NorthShore University HealthSystem in Evanston, Ill.

The episodes often don't last long, but can be dangerous if they persist. Fisher recalled the case of a woman who blacked out while driving because too little blood was being pumped to her brain. In extreme cases, called torsade de pointes, the abnormal heart beats can be life-threatening.

Fisher praises the FDA's advice on Celexa, as well as similar advisories on other drugs, saying the information would help raise awareness among doctors.

Fisher has seen patients with cardiac rhythm issues related to psychotropic medicines, including Celexa. The biggest risks come from combinations of drugs, he says.

It's especially important for doctors to know patients' medical histories before prescribing drugs with this kind of risk, says Fisher. If patients have congestive heart failure, or some other conditions, such as liver disease that may interfere with their ability to break a drug down, then doctors should get an electrocardiogram, before and after starting the therapy.