Accessibility links
Report: Vaccines Not Linked To Autism : Shots - Health News Autism isn't linked to childhood vaccines, according to a new review from the Institute of Medicine, but vaccines aren't free of risks. The committee found that most serious health problems were linked to two live vaccines, the ones for measles-mumps-rubella and chickenpox. Other vaccines causes allergic reactions in some people.

Report: Vaccines Are Safe, Hazards Few And Far Between

Report: Vaccines Are Safe, Hazards Few And Far Between 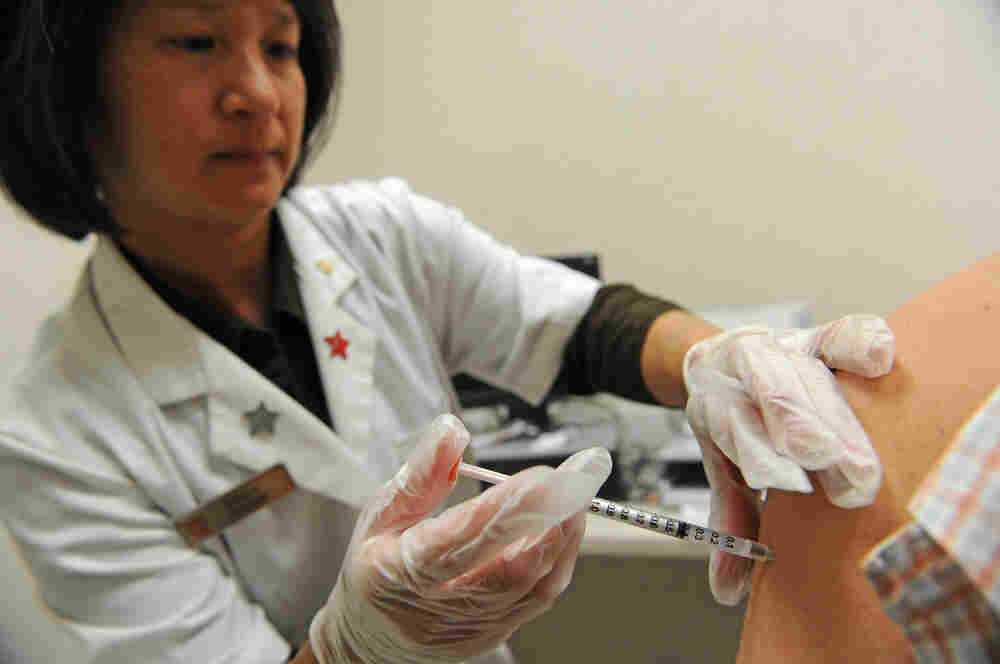 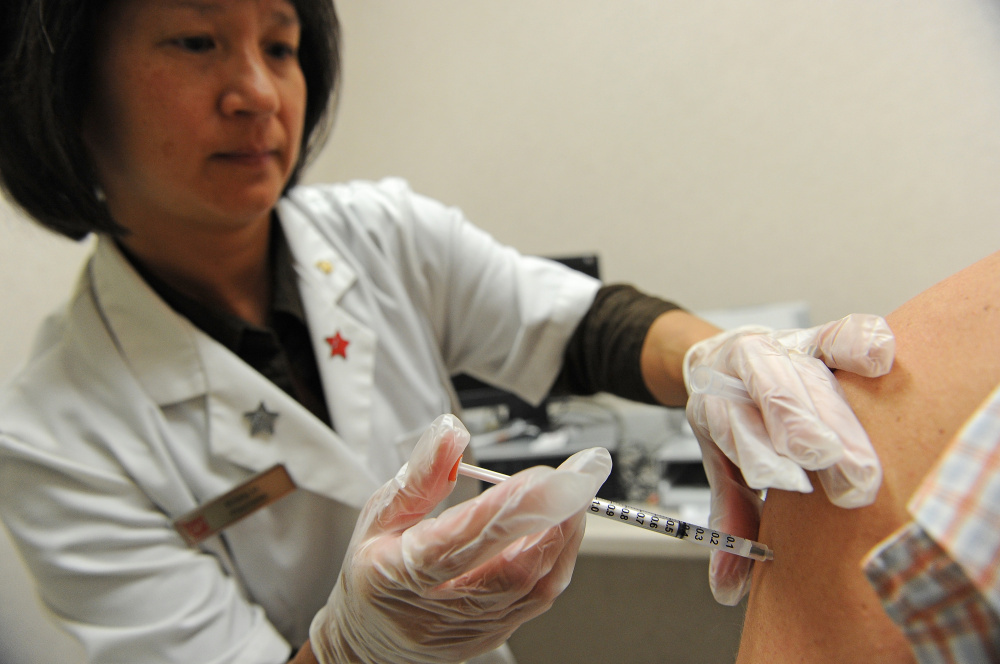 Vaccines do come with risks for trouble, but problems are generally rare, according to a new review of the evidence from the Institute of Medicine.

The independent panel considered adverse effects from eight common childhood vaccines, and found that in many cases there wasn't enough evidence to if say there was a problem. But the committee came out loud and clear on the controversial question which drove the report.

Do vaccines — such as the one against measles, mumps and rubella — cause autism?

The group found convincing evidence for 14 health problems, including seizures and brain inflammation, and identified the vaccines that are linked to those problems. The panel of experts looked at both studies of whole populations, and individual case reports of adverse events.

"We looked very hard, and we did not find many adverse effects," Clayton said. "I think that's really good news. It's really clear that the vaccines we administer to children have saved lots of lives, and have avoided a lot of suffering."

Two live vaccines — MMR and one against chickenpox — were found to be responsible for most of the serious side effects. The committee found clear evidence that the MMR can cause fever-related seizures, which usually cause no long-term harm. The MMR also can cause brain inflammation in people with immune system problems.

The varicella vaccine can cause a variety of problems, including brain swelling, hepatitis, shingles and pneumonia, though those problems almost always happen in children with immune system problems. The fact that both vaccines are made from live viruses, rather than killed microbes, accounts for the greater risk.

Six vaccines were listed as sometimes causing anaphylaxis, a potentially life-threatening allergic reaction. Those are MMR, varicella, influenza, hepatitis B, meningococcal, and tetanus. That risk can be largely avoided if people wait in the doctor's office for 30 minutes after having a shot.

The IOM report doesn't answer all the questions parents have about vaccines. For instance, the committee didn't pin down the level of risk from these adverse events. And for many of the hundreds of potential side effects, there wasn't enough research, or good enough research, to say for sure if there was a problem or not. "That's a mixed bag," Clayton, who directs the Center for Biomedical Ethics and Society at Vanderbilt University, told Shots. "For some there's just no evidence at all."

Clayton gave Guillian-Barre syndrome, a neurological disorder, as an example. Many studies have looked into whether flu shots can cause Guillian-Barre, but because of variations in those studies, and the fact that the flu shot is made up of different strains of virus every year, it was impossible for the committee to say for sure that there was no risk.

When it comes to vaccines and autism, Clayton said, it's impossible for this committee, or any other scientific committee, to prove there's not a link. "However, there have been a number of very strong studies looking at a large number of people. They consistently show no risk for MMR." Scientists have not yet identified causes for autism, but the current thought is that both genetic and environmental factors are involved.

The IOM reviewers also looked at autism risk with the diptheria-tetanus-acellular pertussis (DTaP vaccine), and found that not enough studies had been done to accept or reject any link. "But we're not finding a strong signal."

The report is available online, with chapters on specific vaccines and adverse effects, as well as summary charts. "We wanted to be as transparent as possible on how we weighed the data, how we came to our conclusions,"Clayton told Shots. "We want every single person who looks at this to understand what we did."