Accessibility links
Jogging Fights Beer Belly Fat Better Than Weights : Shots - Health News Jogging beats pumping iron when it comes to getting rid of unhealthy belly fat, according to researchers at Duke University. Overweight adults who exercised by lifting weights for eight months got stronger, but the ones who jogged 12 miles a week lost visceral fat linked to diabetes and heart disease. 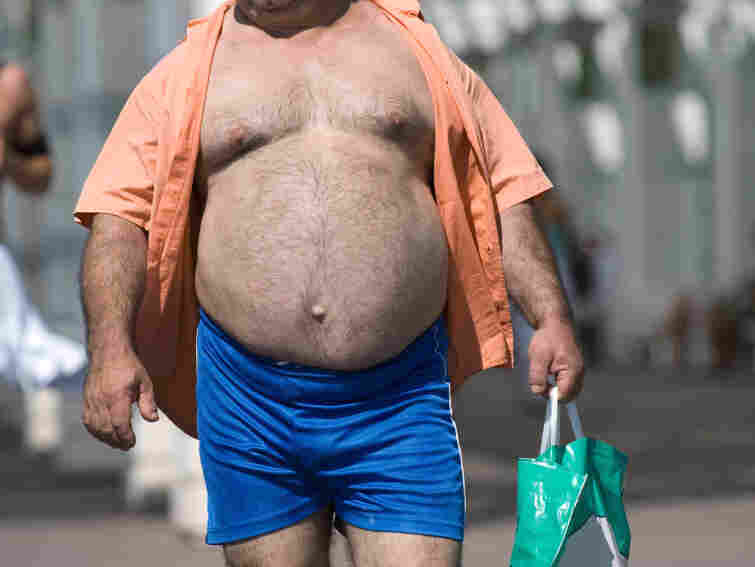 If you're overweight, the best way to spend your limited time exercising is aerobic activity, a researcher says. Rhodes ludovic/iStockphoto.com hide caption 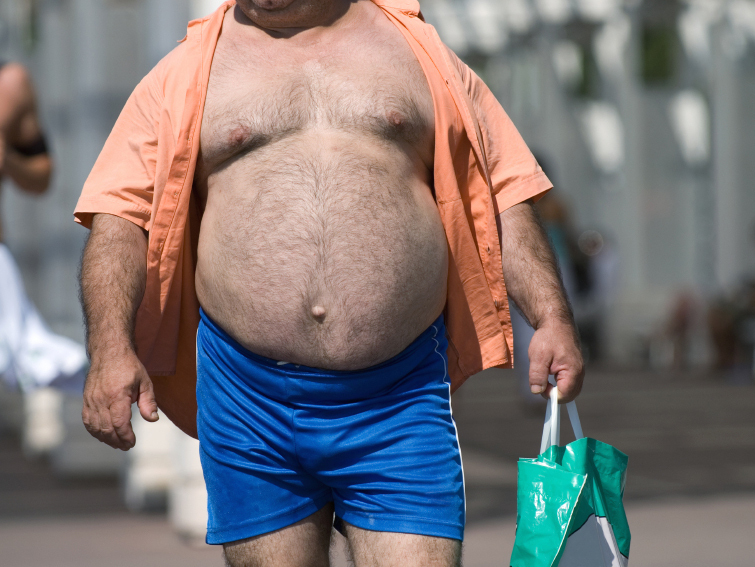 If you're overweight, the best way to spend your limited time exercising is aerobic activity, a researcher says.

Weight training is touted as the cure for many ills. But if the goal is to lose belly fat, aerobic exercise is the only way to go, exercise scientists say.

We're not talking about muffin tops, the annoying bit of pudge that rolls over a woman's waistline and is featured in those strange Internet ads. Rather, this is gut fat lodged around internal organs, which could look like a beer belly from the outisde. It's considered a risk factor for diabetes, heart disease, and cancer.

Surprisingly little research has been done comparing the health benefits of strength training with weights to aerobic exercise such as walking. But that's just what researchers at Duke University did.

They compared changes in visceral fat – the fat that wraps around internal organs – in people who did strength training compared to a group who did aerobic exercise. They divided 198 overweight, sedentary adults into groups, with one group working out with weights three times a week for eight months. A second group jogged 12 miles a week.

The aerobic exercisers lost significant amounts of visceral fat, as well as fat around the liver. They also lost abdominal fat overall, and had improvements in liver enzymes and insulin resistance. By contrast, the people who were pumping iron lost a wee bit of subcutaneous fat, but their stats otherwise didn't improve. The aerobic training burned 67 percent more calories than resistance training. The results were published in the American Journal of Physiology.

"Resistance training is a very good way to increase lean muscle," Cris Slentz, an exercise physiologist at Duke who led the study, told Shots. "And aerobic exercise isn't." But if the goal is to lose fat, then aerobic exercise is the ticket, he said.