Accessibility links
Think You're An Auditory Or Visual Learner? Maybe Not : Shots - Health News Researchers say there's no evidence to support the widely held belief that there are distinct visual, auditory and kinetic learning styles. Though an industry has sprung up around the idea, psychologists recommend other approaches to help kids retain information. 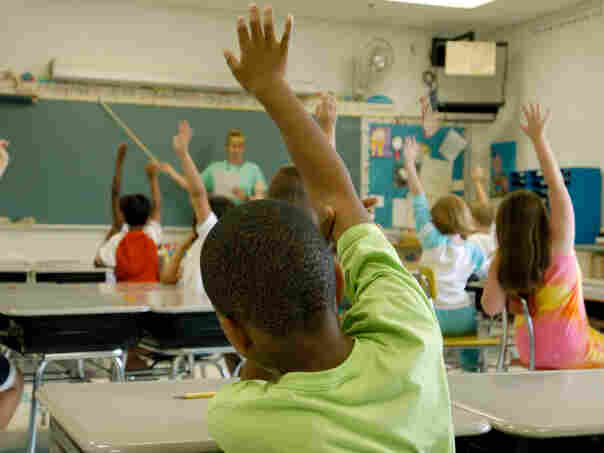 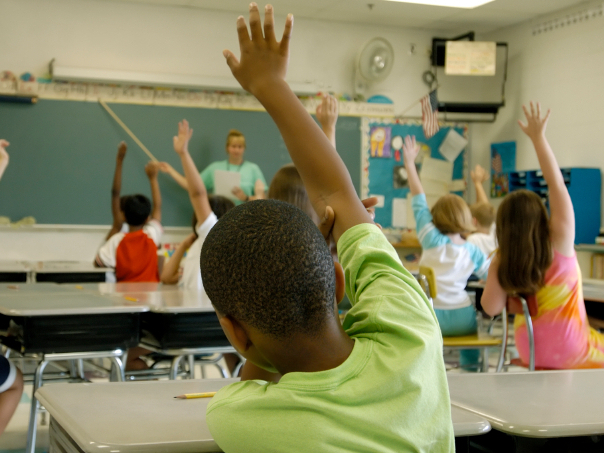 We've all heard the theory that some students are visual learners, while others are auditory learners. And still other kids learn best when lessons involve movement.

But should teachers target instruction based on perceptions of students' strengths? Several psychologists say education could use some "evidence-based" teaching techniques, not unlike the way doctors try to use "evidence-based medicine."

Psychologist Dan Willingham at the University of Virginia, who studies how our brains learn, says teachers should not tailor instruction to different kinds of learners. He says we're on more equal footing than we may think when it comes to how our brains learn. And it's a mistake to assume students will respond and remember information better depending on how it's presented.

For example, if a teacher believes a student to be a visual learner, he or she might introduce the concept of addition using pictures or groups of objects, assuming that child will learn better with the pictures than by simply "listening" to a lesson about addition.

In fact, an entire industry has sprouted based on learning styles. There are workshops for teachers, products targeted at different learning styles and some schools that even evaluate students based on this theory.

This prompted Doug Rohrer, a psychologist at the University of South Florida, to look more closely at the learning style theory.

When he reviewed studies of learning styles, he found no scientific evidence backing up the idea. "We have not found evidence from a randomized control trial supporting any of these," he says, "and until such evidence exists, we don't recommend that they be used."

Willingham suggests it might be more useful to figure out similarities in how our brains learn, rather than differences. And, in that case, he says, there's a lot of common ground. For example, variety. "Mixing things up is something we know is scientifically supported as something that boosts attention," he says, adding that studies show that when students pay closer attention, they learn better.

And recent studies find that our brains retain information better when we spread learning over a longer period of time, say months or even a year, versus cramming it into a few days or weeks. Rohrer and colleagues nationwide are currently researching what teaching methods work best for all students, but only using the evidence.