Accessibility links
A Remnant From Algae In Malaria Parasite May Prove Its Weakness : Shots - Health News Scientists say a new finding may help them design or look for specific kinds of drugs that inhibit a critical chemical for the malaria parasite. 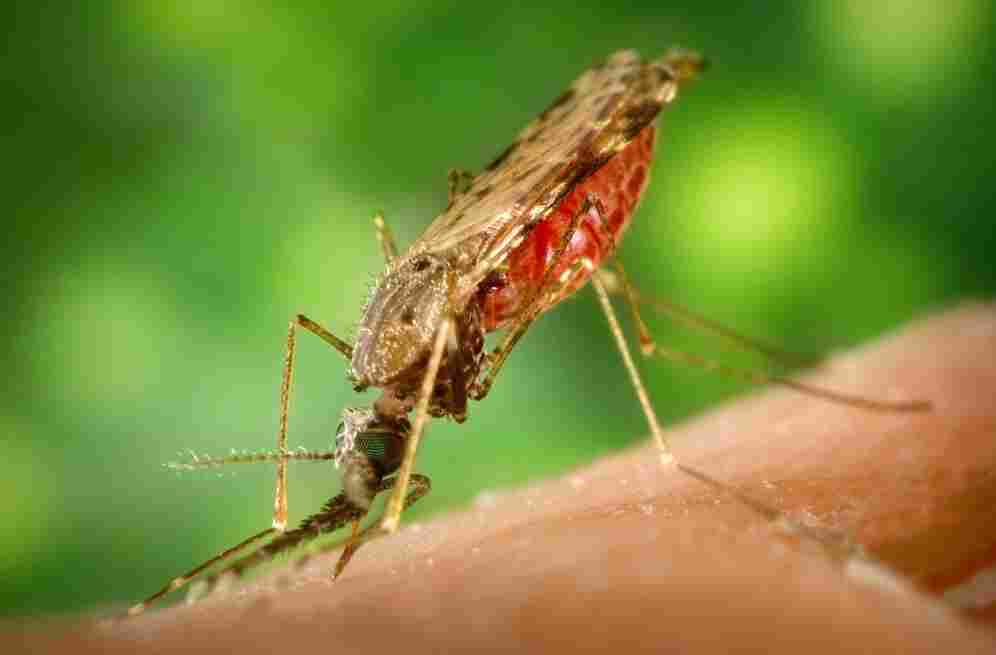 An Anopheles albimanus mosquito, which is an important vector for malaria transmission in Central America. James Gathany/CDC hide caption 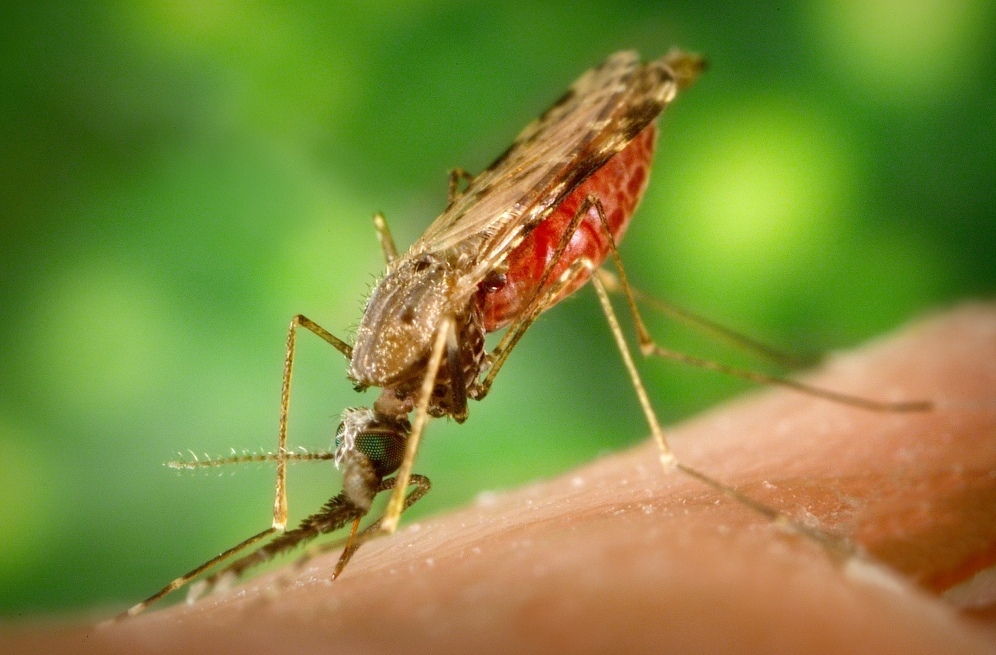 An Anopheles albimanus mosquito, which is an important vector for malaria transmission in Central America.

Scientists may have found a critical weakness in Plasmodium falciparum, the parasite that causes malaria. Researchers say the discovery provides a promising target for new malaria therapies.

The weakness is related to a structure inside malaria cells called an apicoplast. About a decade ago, molecular biologist Joseph DeRisi of the University of California, San Francisco became interested in an organelle inside the malaria parasites' cells known as an apicoplast. No one was completely sure what the apicoplast did.

Enter Ellen Yeh. She's a recent graduate of Stanford with an M.D. and a Ph.D. who came to work in DeRisi's lab.

Yeh started looking at the metabolic pathways in the parasite's apicoplasts. "There actually only seemed to be one pathway that the parasite really really needed. And that everything else it probably could find other ways of getting those products."

To prove it, she created a colony of parasites that were missing their apicoplasts. Normally, without an apicoplast, the parasites would just die. But Yeh added back the chemical from the important metabolic pathway to the tubes the parasites were growing in. "It was a pretty amazing day in the lab when I walked in and those parasites were still alive with no apicoplasts, but because I had added that one chemical they were still living," she says. The work appears in the journal Plos Biology.

Yeh's colleague DeRisi says knowing this is a critical chemical for the parasite is a game-changer. "Now we can design, or look for specific kinds of drugs that inhibit just this one thing instead of just shooting in the dark hoping that you find a drug that disrupts something that you hope might be essential," he says.

In fact, DeRisi already has a good place to start: fosmidomycin, a new drug that targets the apicoplast. But Boris Striepen, a malaria researcher at the University of Georgia, says fosmidomycin is not a great drug, because it's excreted from the human body too fast. He says the new findings should make the search for better drugs much easier.

Even so, Striepen says the malaria parasite isn't going to go down without a fight. "There is not one discovery that can be made and then that problem goes away and can be put to rest. I think it needs effort of new drugs to stay abreast."

Now, apicoplasts are odd. They don't show up in most species, and we don't have them in our cells. They have their own DNA, separate from the parasite's main DNA.

When scientists analyzed the apicoplasts DNA, they were astonished to find that it was most closely related to the DNA in algae. "It's actually thought that the malaria parasite incorporated an algal cell early on, and that the thing we call the apicoplast is the remnant of the algal cell," says Sean Prigge at the Johns Hopkins Malaria Institute .

So a remnant of algae may help bring down one of the world's most deadly parasites.