Accessibility links
New Dads: Say Hello To Baby And Goodbye To Testosterone : Shots - Health News Scientists found that single men who started out with relatively high testosterone levels were more likely than other men to become fathers. But once a baby arrived, testosterone levels plummeted. 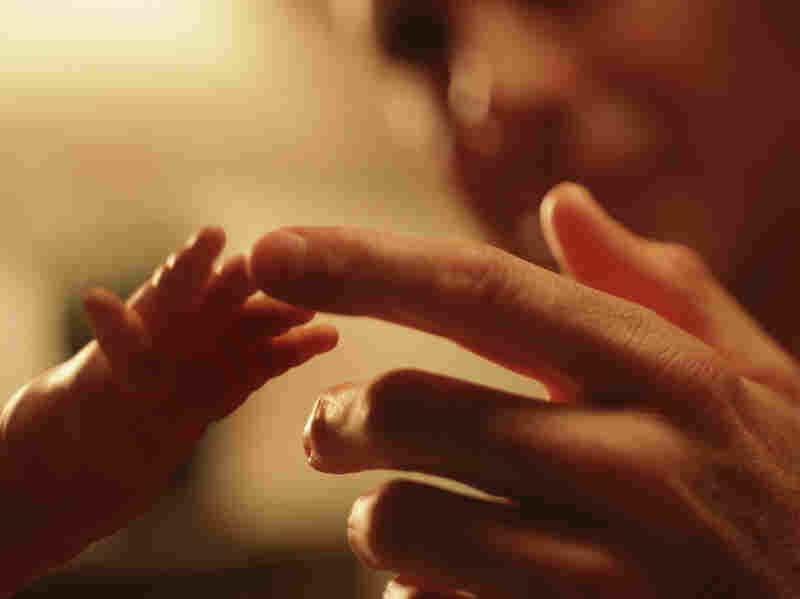 You can almost see the testosterone slipping away. iStockphoto.com hide caption 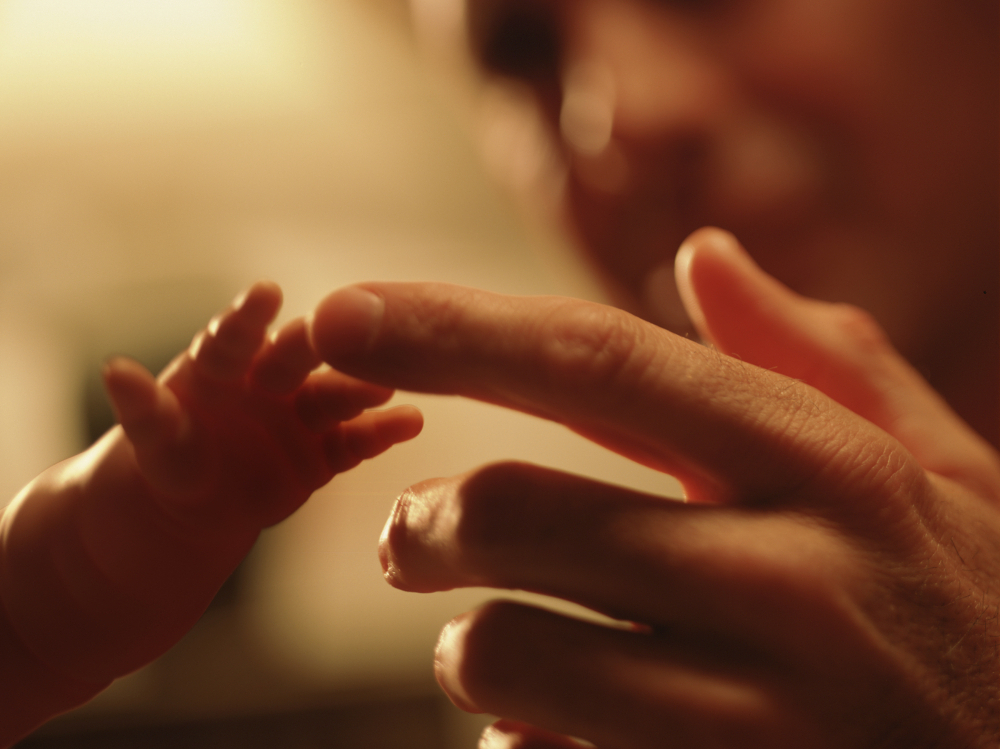 You can almost see the testosterone slipping away.

It turns out daddies are losing more than just sleep after a child arrives. New fathers also experience a sharp decline in levels of the male sex hormone testosterone.

At least that's what scientists have concluded from a long-term study of more than 600 men in the Philippines.

And fathers who reported spending at least three hours a day with their kids had even lower testosterone levels than other dads, the researchers reported in the Proceedings of the National Academy of Sciences.

The testosterone changes are similar to what's been found in other species in which fathers care for their young.

And this sort of hormonal adjustment makes sense, from an evolutionary perspective, the researchers say. After all, research suggests that high testosterone tends to make males more aggressive, more selfish, and more likely to take risks.

So it appears humans have evolved a system for regulating male testosterone that is "reponsive to committed parenting," the authors conclude.

"Humans give birth to incredibly dependent infants," Northwestern University anthropologist Lee Gettler, a co-author of the study, told the New York Times. "Historically, the idea that men were out clubbing large animals and women were staying behind with babies has been largely discredited. The only way mothers could have highly needy offspring every couple of years is if they were getting help."

And one other thing that can reduce dad's testerone: mom's tears. Israeli researchers reported earlier this year on studies that showed testosterone levels went down and brain areas involved in sexual arousal were quiet after men sniffed a woman's tears. When men sniffed sniffed salty water that had been dribbled down a woman's cheek, there was no effect.