Accessibility links
Pediatricians Fact-Check Bachmann's Bashing Of HPV Vaccine : Shots - Health News The American Academy of Pediatrics said there is no validity to statements that a vaccine against cervical cancer is dangerous and can lead to mental retardation. 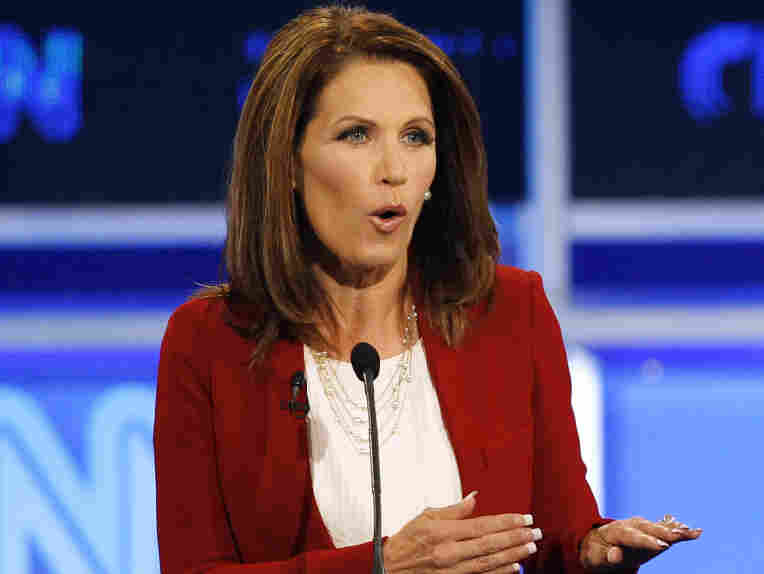 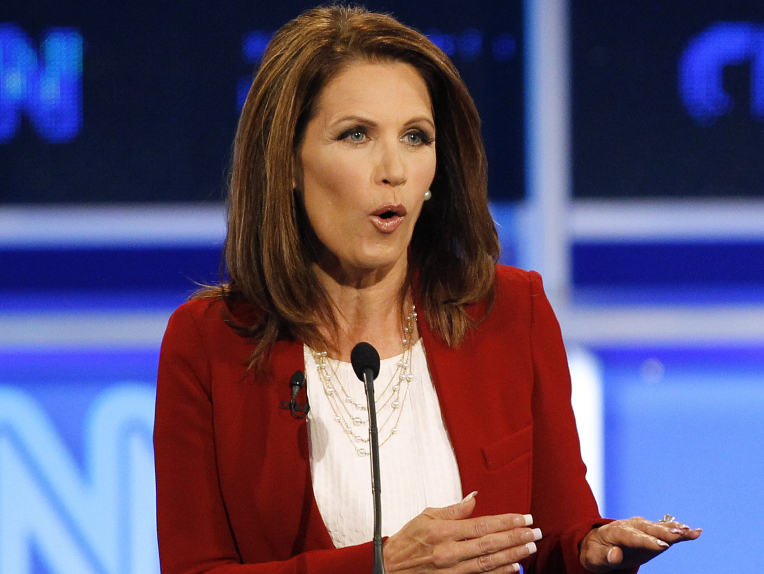 Now the nation's pediatricians have waded deep and early into the race for the presidency. In an unusual instance of political fact-checking of a candidate's statements by physicians themselves, the American Academy of Pediatrics has a tough prescription for Republican Rep. Michele Bachmann: Get your facts straight on the HPV vaccine.

In case you missed it, she sparred with Texas Gov. Rick Perry Monday night over his executive order that would have mandated vaccination of state schoolgirls against human papillomavirus, a cause of cervical cancer.

"To have innocent little 12-year-old girls be forced to have a government injection through an executive order is just flat-out wrong," Bachmann said. "Little girls who have a potentially dangerous reaction to this drug don't get a mulligan," she said. "You don't get a do-over."

Perry defended the decision, but conceded that the legal mechanism to reach the goal should have been different.

But on the Today show Tuesday morning, Bachmann went further, telling Matt Lauer that a mother had approached her after the debate to recount the problems her daughter had after being vaccinated against HPV:

She told me that her little daughter took that vaccine, that injection. And she suffered from mental retardation thereafter. The mother was crying when she came up to me last night. I didn't know who she was before the debate. This is the very real concern and people have to draw their own conclusions.

When Lauer pressed Bachmann on whether she would keep pushing on the issue, she answered that it has traction "with a lot of people and we'll see what people say."

Not with kids' doctors it doesn't. In an apparent first for the national pediatricians' group during a political campaign, the AAP called Bachmann out, though it stopped short of doing so by name.

In a statement released late Tuesday, Dr. O. Marion Burton, the president of the group, said:

The American Academy of Pediatrics would like to correct false statements made in the Republican presidential campaign that HPV vaccine is dangerous and can cause mental retardation. There is absolutely no scientific validity to this statement. Since the vaccine has been introduced, more than 35 million doses have been administered, and it has an excellent safety record.

The American Academy of Pediatrics, the Centers for Disease Control and Prevention, and the American Academy of Family Physicians all recommend that girls receive HPV vaccine around age 11 or 12. That's because this is the age at which the vaccine produces the best immune response in the body, and because it's important to protect girls well before the onset of sexual activity. In the U.S., about 6 million people, including teens, become infected with HPV each year, and 4,000 women die from cervical cancer. This is a life-saving vaccine that can protect girls from cervical cancer.