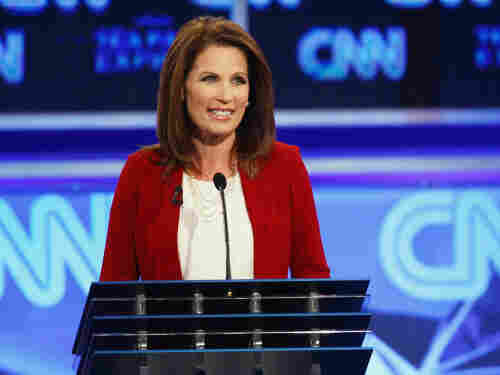 Even as Republican Rep. Michele Bachmann backs off some from an inflammatory claim that a vaccine to prevent cervical cancer led to mental retardation in a young girl, two bioethicists are turning up the heat.

Yes, the leading group of pediatricians in this country slammed Bachmann and said "there is absolutely no scientific validity" to statements that the vaccine against human papilloma virus is dangerous or causes retardation.

And the Minnesota Republican has conceded she's not a medical professional, saying in a radio interview: "I am not a doctor, I'm not a scientist, I'm not a physician. All I was doing is reporting what this woman told me last night at the debate."

But Dr. Steven Miles, a bioethicist at the University of Minnesota, has ponied up $1,000 if the mother Bachmann talked about can produce medical proof that her daughter suffered mental retardation from the HPV vaccine, the Star Tribune reports. "These types of messages in this climate have the capacity to do enormous public health harm," Miles told the paper. "It's an extremely serious claim and it deserves to be analyzed."

And Arthur Caplan, a bioethicist at the University of Pennsylvania has placed what amounts to a $10,000 bet on the issue. He, too, wants proof of the claim and described his wager with Bachmann on Twitter:

No word yet on whether she has accepted the challenge.