Accessibility links
Pakistan Polio Spreading To China : Shots - Health News The polio strains isolated from 10 children in China were linked to virus circulating in Pakistan. They're the first confirmed cases of polio identified in China since 1999, according to the World Health Organization. 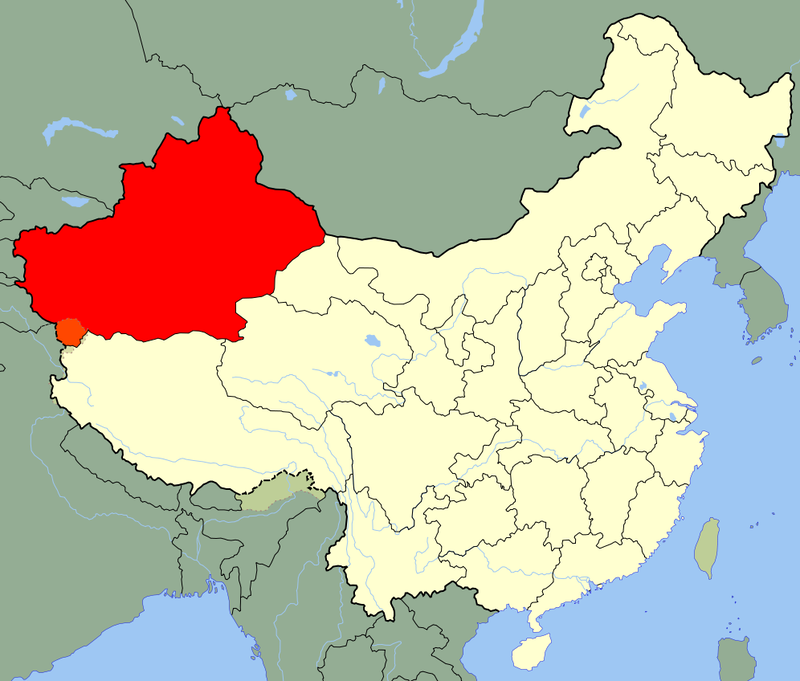 The first confirmed reports of polio in China since 1999 have cropped up in the Xinjiang Uyghur Autonomous Region (in red). Wikimedia Commons hide caption 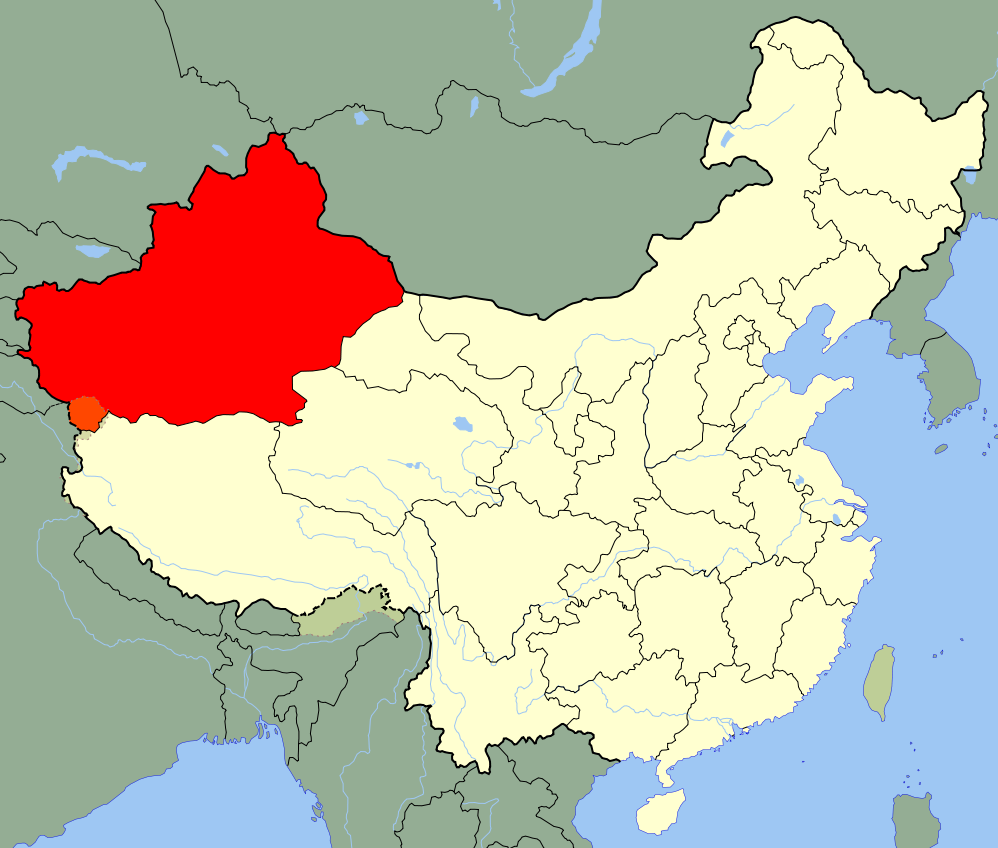 The first confirmed reports of polio in China since 1999 have cropped up in the Xinjiang Uyghur Autonomous Region (in red).

There's word from the World Health Organization that wild poliovirus type 1 has appeared in 10 children in the Xinjiang Uygur autonomous region of China this month.

The viral strains isolated from these children were genetically linked to virus currently circulating in Pakistan, the WHO says.

They're the first confirmed cases of polio identified in China since 1999, according to WHO.

It's still unknown whether the virus was carried out of Pakistan into China, or whether a Chinese visitor to Pakistan carried the virus back home. Pakistan is one of only four countries still reporting polio, with 84 cases this year — up from 48 last year. The other three countries are Nigeria, India and Afghanistan.

British authorities are recommending that any travelers to the Xianjian Uygur region of China get a polio booster dose if they haven't had one in the past 10 years.

The U.S. Centers for Disease Control and Prevention has added this warning to its extensive list of areas where a booster is recommended for travelers.

The WHO says that vaccination efforts have been "inadequate" in the more dangerous areas of Pakistan, including the Federally Administered Tribal Areas, particularly the Khyber agency, where 200,000 children have missed immunizations given out in the past two years. Immunization efforts have also been weak in Balochistan and Sindh areas.

WHO says the rates of polio in Pakistan have caused it to rate as "high" the risk of further international spread of the wild poliovirus from Pakistan, and there is particular concern with large population movements around the Hajj pilgrimage to Mecca in Saudi Arabia, Nov. 4-9.