Accessibility links
Why Does A Virus Jump From One Species To Another? : Shots - Health News The more susceptible a species' close relatives are to a virus, the more likely it is to move among them, researchers say. If humans want to predict the appearance of new diseases in the future, we need to understand how the viruses make the leap.

Why Does A Virus Jump From One Species To Another?

Why Does A Virus Jump From One Species To Another? 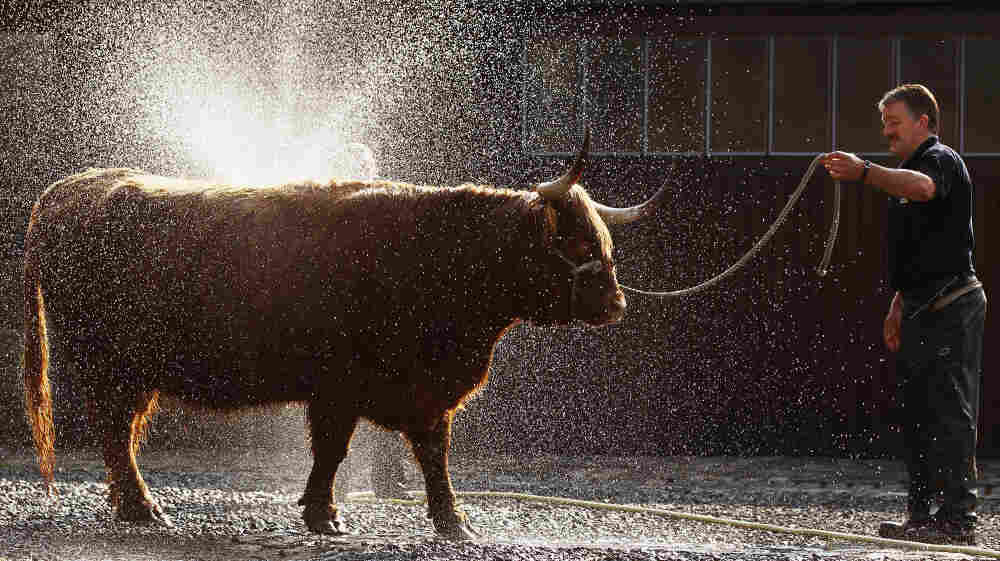 A man readies a cow for the International Highland Cattle Show in Glasgow, Scotland. Researchers say genetics and the amount of time animals and humans spend together can affect how viruses spread between species. Jeff J Mitchell/Getty Images hide caption

Earlier this year we heard about a curious case of leprosy, a bacterium, that jumped from armadillos to humans. We also know that a certain nefarious flu came to us via water fowl, and HIV likely affected chimpanzees before humans.

But, thankfully, the diseases that humans and animals have a limit. You don't worry about catching a cold from your pet gerbil. So how might we know which diseases could make that a leap from one kind of animal to another?

Researchers from the University of Edinburgh tested this question using 51 different species of flies. When they watched three viruses similar to rabies move from one fly species to another — some of which were genetically quite different from each other — they discovered that the more closely related the flies were, the more likely the virus was to make the jump.

Their results appear this month in the journal PLoS Pathogens.

So why should humans care? "The more susceptible your close relatives are, the more you're susceptible," Darren Obbard at the University of Edinburgh's Institute of Evolutionary Biology and one of the paper authors tells Shots. "This might suggest that if a virus can get into chimps and gorillas, it could get into us."

The researchers say this is an important point because if we want to predict the appearance of new diseases in the future, we need to understand how they travel between species.

But your genetic relationship to other host species isn't the only predictor of how susceptible you might be to a new virus. Obbard says exposure also matters. And these days, a lot of humans — particularly those who raise livestock — live in much tighter quarters with some animals than ever before.

"For the viruses we looked at, it's true you might be more likely to catch things from chimps than cows. But we spend much more time with cows, so the next thing we want to look at is the exposure effect and the genetic effect together."

Now, one might ask, why look at this in flies? Obbard says that flies are actually handy for studying how things move between creatures. "You need a lot of host species, and I can't think of another animal where you could keep 50 different species in a lab at one time," he says.