Accessibility links
BPA To Be Banned In Calif. Baby Bottles, Sippy Cups : Shots - Health News The California law will prohibit the sale of baby bottles and food intended for kids 3 and younger if they contain anything but the smallest traces of bisphenol A. The chemical has come under fire as potentially risky to health.

BPA To Be Banned In Calif. Baby Bottles, Sippy Cups

BPA To Be Banned In Calif. Baby Bottles, Sippy Cups 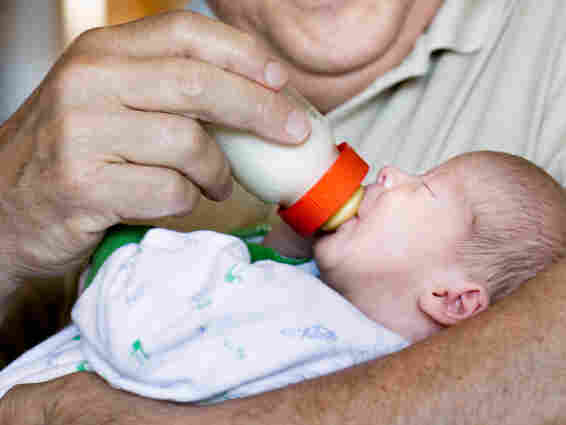 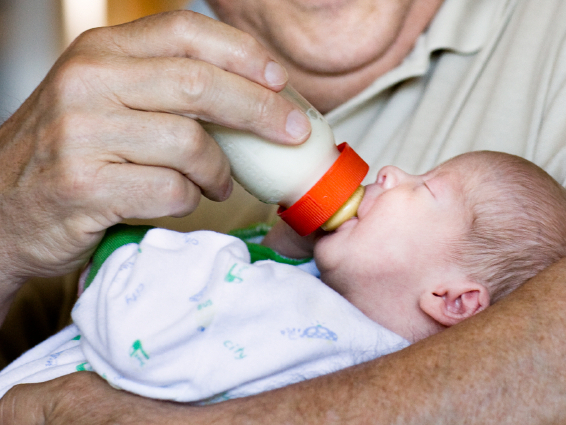 He signed 18 bills on children's health and safety into state law Tuesday. One of them, AB1319, prohibits the sale of any baby bottles or cups that contain more than 0.1 parts per billion bisphenol A.

The chemical, found in some hard plastics, has come under fire for its possible effects on health. Critics claim that even tiny amounts of BPA can act like the hormone estrogen in the body, causing health trouble, especially for the youngest children.

The federal Food and Drug Administration has said it has "some concern" about the chemical, but the agency hasn't made an official decision on its presence in food. In the meantime, the Deptartment of Health and Human Services has some tips for parents on how to minimize BPA exposure for their kids.

The California law also prohibit the sale of formula and other foods intended for kids 3 and under that contain more than 0.1 parts per billion of BPA. The liners of some cans used to store food have been found to leach BPA.

The bans takes effect in July 2013. A bunch of other states, including Minnesota, have passed their own laws limiting or banning BPA. Canada banned BPA in baby bottles three years ago.

I emailed the American Chemistry Council for a comment on the law. No word back as of yet.

Update 1 p.m.: A spokeswoman for the ACS emailed a statement, which reads in part:

We believe it is important to allow the federal government's regulatory authorities to make science-based decisions, and not to create patchwork state and local restrictions when it comes to products. Decisions regarding the safety of food-contact materials should be based on the best available data and solid scientific evaluation. Regulatory bodies around the world have assessed the science on BPA and have determined that it is safe for use in food contact products.