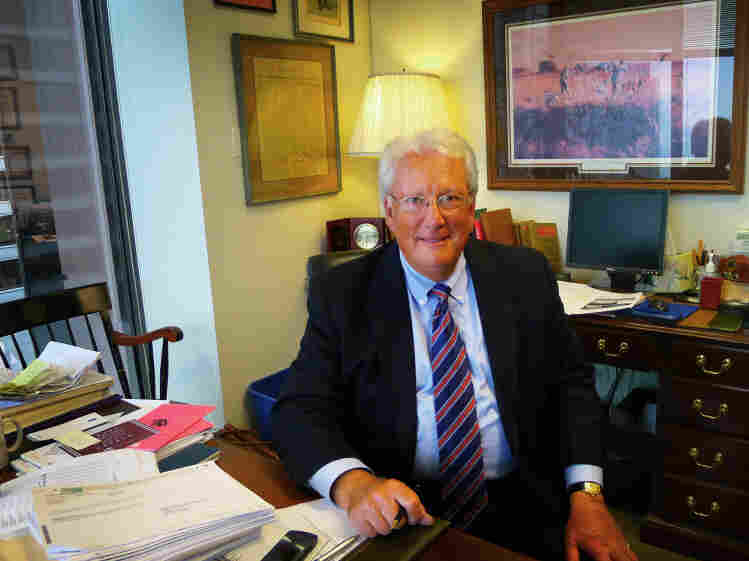 Chicago attorney Tom Hayward suffered a raging infection after a prostate biopsy. He had to be hospitalized, but has since recovered.

The same group that caused a ruckus by recommending against mammograms for women in their 40s is about to tell men that a routine blood test for prostate cancer does most of them more harm than good.

The problem is that the test doesn't do enough to save lives and subjects many men to additional tests and surgery. The side effects, including impotence and incontinence, outweigh the benefits for men in good heath, according to reports about the findings of the U.S. Preventive Services Task Force.

An independent group of medical experts, the USPSTF is in the business of grading the evidence for common tests and procedures. Under the auspices of the Agency for Healthcare Research and Quality, the group's decisions increasingly serve as guidelines for what doctors do and what insurers and the government will pay for.

The USPSTF has been working on the PSA test for a while. In fact, the group had pretty much reached a decision in 2009 that the evidence for routine PSA testing should be graded "D" (which constitutes a recommendation against the service), according to an article coming in The New York Times Magazine this Sunday and already posted online.

But the controversy such a recommendation is sure to cause led to a postponement of votes on it, Shannon Brownlee and Jeanne Lenzer report in the story.

Now it's finally coming out. "The harms studies showed that significant numbers of men — on the order of 20 to 30 percent — have very significant harms," pediatrician Virginia Moyer, chairwoman of the task force, told the Washington Post.

This year, about 241,000 cases of prostate cancer are expected to be diagnosed, according to estimates from the American Cancer Society. About 34,000 men will die from it. More than 20 million U.S. men have their PSA's tested each year.

A federally funded study presented at a meeting of urologists this spring found that, overall, early surgical removal of the prostate was no better than waiting to see how the cancer would progress. And there were more side effects among men who had surgery.

In a Times editorial published in March, Dr. Richard Ablin, who discovered prostate specific antigen, lamented the overuse of the test. Yes, the test has its place, he wrote, to monitor men after treatment for prostate cancer and in screening men whose family histories put them at high risk.

"But these uses are limited," Ablin concluded. "Testing should absolutely not be deployed to screen the entire population of men over the age of 50, the outcome pushed by those who stand to profit."

While the USPSTF's decisions carry a lot of weight, a separate report out today shows the limits of its ability to change medical practice. The Center for Public Integrity finds that 40 percent of Medicare spending on cancer screenings, or about $1.9 billion over five years, is wasted on tests, including PSA, for people older than the cutoff recommended by the USPSTF.

Opposition to a change in PSA recommendations is certain. Dr. Benjamin Davies, a urologist and cancer specialist at the University of Pittsburgh Medical Center, tweeted this morning:

the data for screening healthy patients <65 is strong, not debatable, and level 1. Hard to tweet all of the evidence

He called the USPSTF's determination "soulless" and faulted some of the evidence the group, including this Swedish study, used to make its decision.

The American Urological Association disputed the task force's findings. The urology group's president said in a statement that "it is our feeling that, when interpreted appropriately, the PSA test provides important information in the diagnosis, pre-treatment staging or risk assessment and monitoring of prostate cancer patients."