Accessibility links
Uneven Global Progress On Treatment Of Mental Illness : Shots - Health News A new batch of papers from The Lancet finds that there's been some encouraging progress in figuring out how to help people with mental health issues in developing countries, but progress in actually getting help for people has been slow. 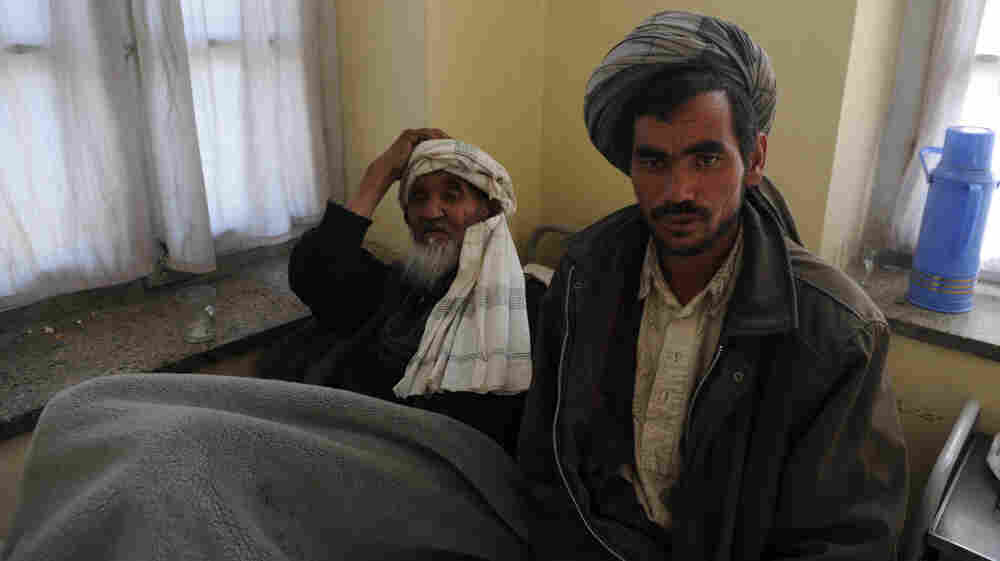 Afghan men wait to receive psychiatric treatment in a Kabul hospital. Scarred by decades of war, social problems and poverty, more than 60 percent of Afghans suffer from stress disorders and mental health problems. 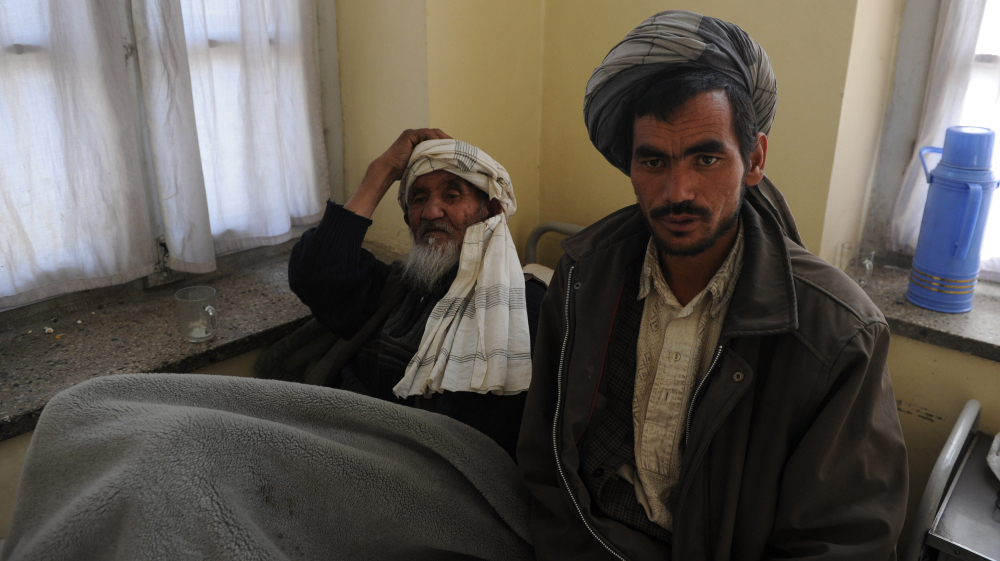 Afghan men wait to receive psychiatric treatment in a Kabul hospital. Scarred by decades of war, social problems and poverty, more than 60 percent of Afghans suffer from stress disorders and mental health problems.

Four years ago, the influential medical journal The Lancet ran six papers and assorted editorials on mental illnesses. The themed collection, under the banner "No health without mental health," was a call to action for the world humanitarian community.

So how much influence did the articles have? The journal's editors commissioned a new batch of papers to find out. The latest reports come from researchers and policy analysts at universities, non-governmental organizations and governments around the world.

Turns out there's been some encouraging progress in figuring out what needs to be done, but progress in actually getting help for people has been slow.

One of the things the new studies show is that different treatments work, but they have to be selected carefully.

For example, an analysis of programs that address poverty — a fellow traveler with mental illness — show that just giving people money, in the form of microloans or cash, often doesn't help. The study showed more consistent improvement with interventions such as individual or group talk therapy, or psychiatric drugs.

An analysis of psychiatric aid offered to victims of traumatic situations such as war or natural disaster found that at least for adults, psychotherapy and setting up social supports like education and group discussions helps. But the authors of the report say funders often lose interest after the initial crisis passes.

That's a common refrain. Spend any time talking to folks who work with mentally ill people in poor countries, and they'll tell you that they consider their programs seriously underfunded, in no small part because of stigma. "Many people don't want to be associated with mental illness," says Julius Kayiira, who runs Mental Health Uganda. And others "think there's no hope," he adds.

A survey of 87 countries showed more than half the countries reported more or much more awareness of mental illnesses in the past three years. The downside? There's not a whole lot of new money behind that awareness.

There are other signs that show mental illnesses are struggling to get the attention of funders. World Mental Health Day came and went last week without much notice.

In September, the United Nations sponsored a major conference on non-communicable diseases. Mental illnesses got a short mention in the list of goals, but the conference itself focused on cardiovascular diseases, lung diseases, diabetes and cancer. There was almost nothing on mental illness.

That's despite an analysis by the World Economic Forum that showed that the direct and indirect costs of mental illnesses in 2010 totaled $2.5 trillion — three times the cost of cardiovascular diseases.

Christina Ntulo, a co-author of one of the papers in The Lancet and head of the Uganda division of BasicNeeds, a mental health NGO, says the trick may be to show how mental health affects physical health. "And in the last three years, there's been a lot of research showing links between mental health, maternal health and child health," she says.

Another author — a leader of the global mental health movement — says what's holding things back is the lack of appreciation of mental illnesses as real diseases, with real burdens. What's needed, says Vikram Patel of the London School of Hygiene and Tropical Medicine, is for the various advocates to get together and speak with one voice about the need for the global health community to focus on mental illness. Will that happen? "Yes," he says, "because there's growing demand for it."