Accessibility links
Disease Detective Hot On The Trails Of Anthrax And Cholera : Shots - Health News A scientist has used new genetic-sequencing technologies to identify the strain of anthrax in the 2001 attacks, the cause of anthrax contamination in European heroin, and the source of a cholera outbreak in Haiti.

Disease Detective Hot On The Trails Of Anthrax And Cholera

Disease Detective Hot On The Trails Of Anthrax And Cholera 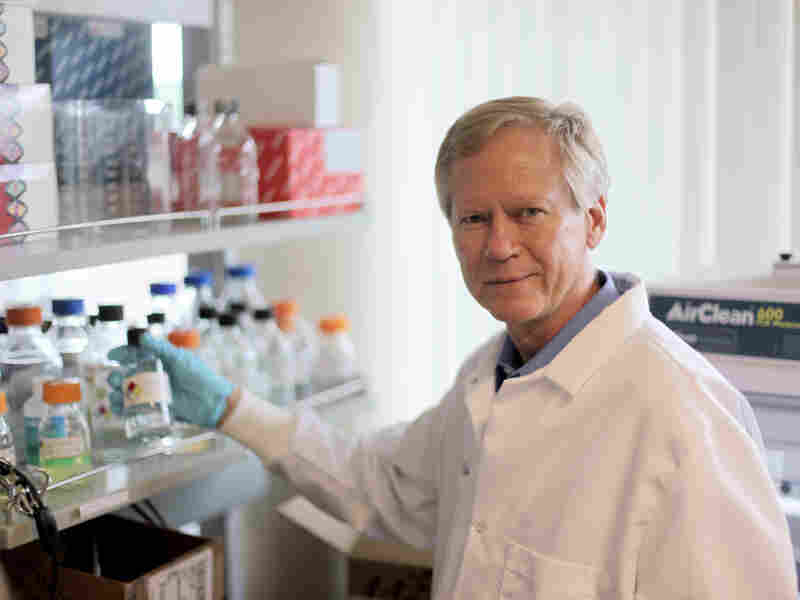 Paul Keim at work in his lab on the Northern Arizona University campus. 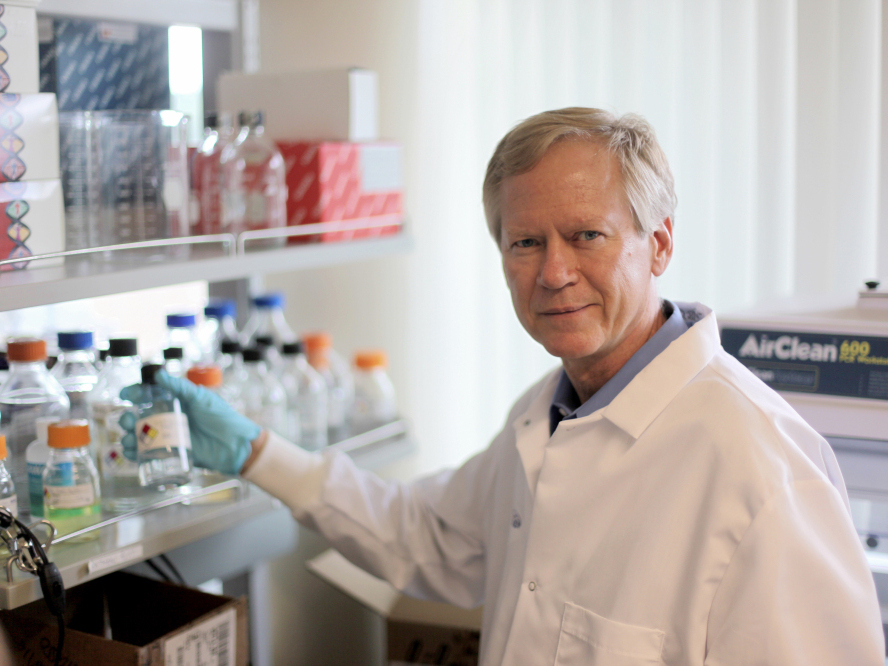 Paul Keim at work in his lab on the Northern Arizona University campus.

Ten years after the anthrax attacks and three years after the FBI named a chief suspect in the case, speculation about the origin of the deadly letters hasn't completely died out. An investigative report last week and follow-up coverage in Sunday's Los Angeles Times cast doubt on whether the FBI had an airtight case against Bruce Ivins, the biologist who killed himself before he was arrested and charged in the attacks, which killed five people.

Paul Keim is a geneticist and director of the lab at Northern Arizona University that matched the strain of anthrax in the deadly letters to anthrax in Ivins' lab. He's also a researcher at TGen, a biomedical research institute.

Keim acknowledged Sunday at a meeting of science writers that the evidence linking Ivins to the crime would have needed additional scientific vetting to make a solid court case. And he said that if Ivins hadn't committed suicide, the scientific investigation would have continued for another two years. That would have been necessary, he said, to get to the "higher standards" of scientific proof required for criminal prosecution. At a cost of $50 million, he said, continuing the work now would be too expensive for the government to pursue.

Lingering questions in the Ivins case aside, Keim has managed to solve a string of medical mysteries, thanks to the revolution in genetic-sequencing technologies, which make comparisons of tiny organisms affordable and precise.

In 2009, Keim and his team were called in to investigate a string of anthrax deaths among heroin users in Europe. As drug users in Scotland, England and Germany fell ill, the Scottish Times wondered: "Although it's likely that the heroin was infected with anthrax somewhere en route from the poppy fields of Afghanistan, there is no way that police and medics can rule out that the drug was deliberately infected once it arrived in the UK." The contamination killed 17 people among the approximately 200 suspected cases.

The scientists knew that the heroin in Europe was produced in Afghanistan and smuggled in over land.

"We were very interested in knowing what kind of anthrax was coming from Afghanistan," Keim told Shots. But the lab ruled out Afghanistan as a source because the anthrax in the heroin didn't match the four major strains found there. This was possible in part because of Keim's work with DNA fingerprinting on an entire anthrax genome.

Instead, they found a genetic match for the anthrax strain in Turkey and concluded that the heroin was "probably accidentally" contaminated there, on its way north.

TGen took on another deadly medical mystery after cholera emerged in Haiti in the aftermath of the 2010 earthquake. By studying the genetic makeup of the bacteria that caused the epidemic, the lab was able to prove that the cholera was brought to the country by Nepalese soldiers serving as U.N. peacekeepers. The epidemic killed over 6,000 people out of 300,000 reported cases. An outbreak just before the troops left Nepal meant the soldiers unknowingly brought the deadly bacteria into Haiti, tragically devastating the country they were trying to help.