Accessibility links
IQ Isn't Set In Stone, Suggests Study That Finds Big Jumps, Dips In Teens : Shots - Health News A new study documents significant fluctuations in the IQs of a group of British teenagers. The findings bolster the theory that the IQ test isn't a measure of a person's "fixed" intellectual capacity but rather, a gauge of acquired knowledge that progresses in fits and starts. 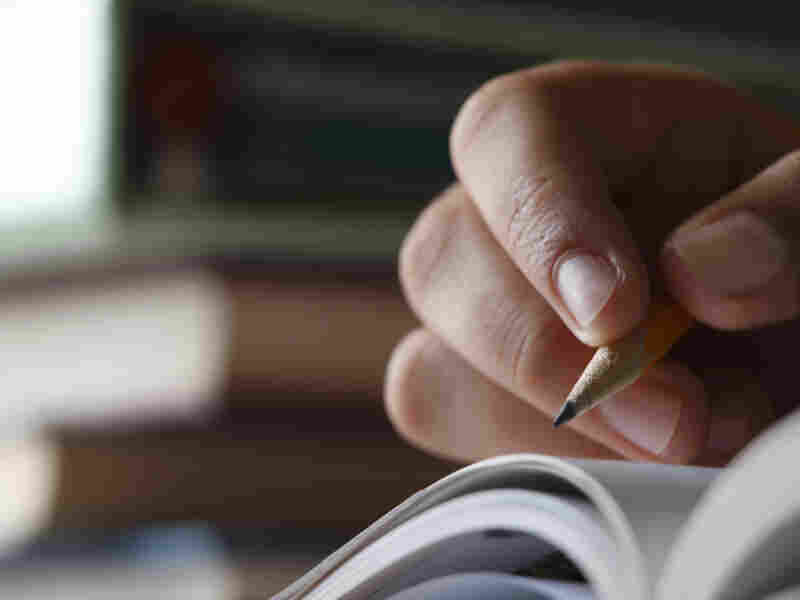 Brain researchers say the big fluctuations in IQ performance they found in teens were not random — or a fluke.

For as long as there's been an IQ test, there's been controversy over what it measures. Do IQ scores capture a person's intellectual capacity, which supposedly remains stable over time? Or is the Intelligent Quotient exam really an achievement test — similar to the S.A.T. — that's subject to fluctuations in scores?

The findings of a new study add evidence to the latter theory: IQ seems to be a gauge of acquired knowledge that progresses in fits and starts.

In this week's journal Nature, researchers at University College London report documenting significant fluctuations in the IQs of a group of British teenagers. The researchers tested 33 healthy adolescents between the ages of 12 and 16 years. They repeated the tests four years later and found that some teens improved their scores by as much as 20 points on the standardized IQ scale.

"We were very surprised," researcher Cathy Price, who led the project, tells Shots. She had expected changes of a few points. "But we had individuals that changed from being on the 50th percentile, with an IQ of 100, [all] the way up to being in the (top) 3rd percentile, with an IQ of 127." In other cases, performance slipped by nearly as much, with kids shaving points off their scores.

Price and her colleagues used brain scans to confirm that these big fluctuations in performance were not random — or just a fluke. They evaluated the structure of the teens' brain in the early teen years and again in the late teenage years.

"We were able to see that the degree to which their IQ had changed was proportional to the degree to which different parts of their brain had changed," explains Price. For instance, an increase in verbal IQ score correlated with a structural change in the left motor cortex of the brain that is activated when we speak.

There are lots of factors that may explain changes in IQ. Though this study did not attempt to nail them down, lots of prior research has found that educational environment is key. Some researchers have found that rigorous academic curricula lead to improved IQ scores.

Teens' personalities, work ethic and the home environments are important, too. "There's a lot of variability in neural development during adolescence and in young adulthood as well," says Stephen Ceci, a professor of developmental psychology at Cornell University.

He says this study should give educators and parents pause. "It should caution all of us against assuming that one low IQ score, at one time, is capturing all that an individual is capable of," Ceci says.

Many researchers still say there's loads of evidence to show that IQ scores do reveal something essential about a child's intellectual gifts. Though increasingly, Ceci says, there's a consensus that one test is not deterministic. It can't accurately assess a person's talents or future potential.