Accessibility links
Panel Recommends HPV Vaccination For Boys : Shots - Health News Experts voted to recommend to the Centers for Disease Control and Prevention that all 11- and 12-year-old boys be vaccinated with Gardasil, Merck's vaccine against human papillomavirus. Vaccinations could start as early as age 9. 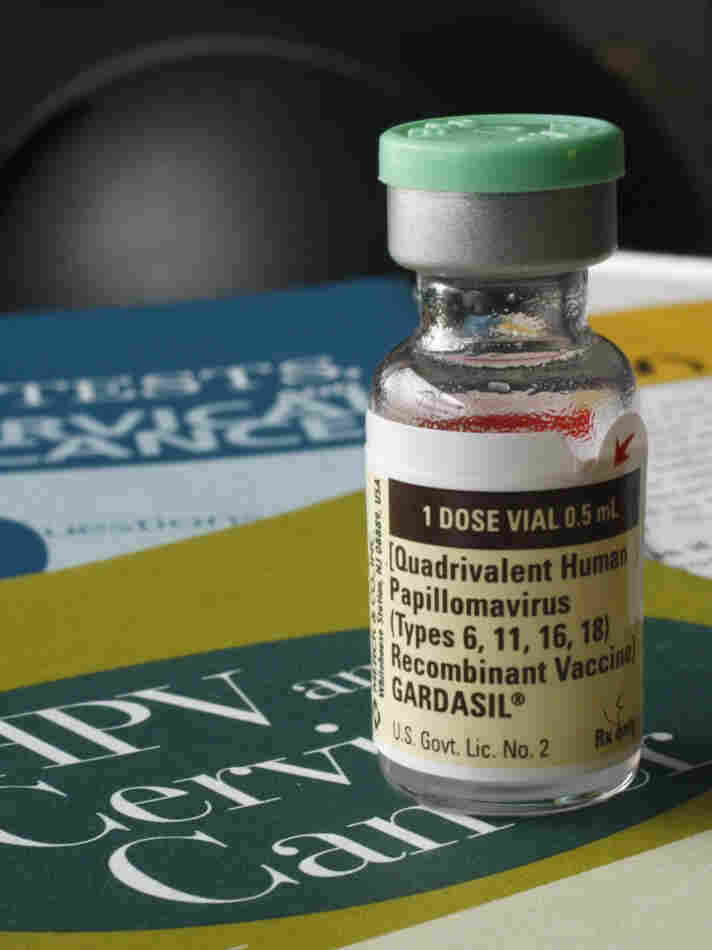 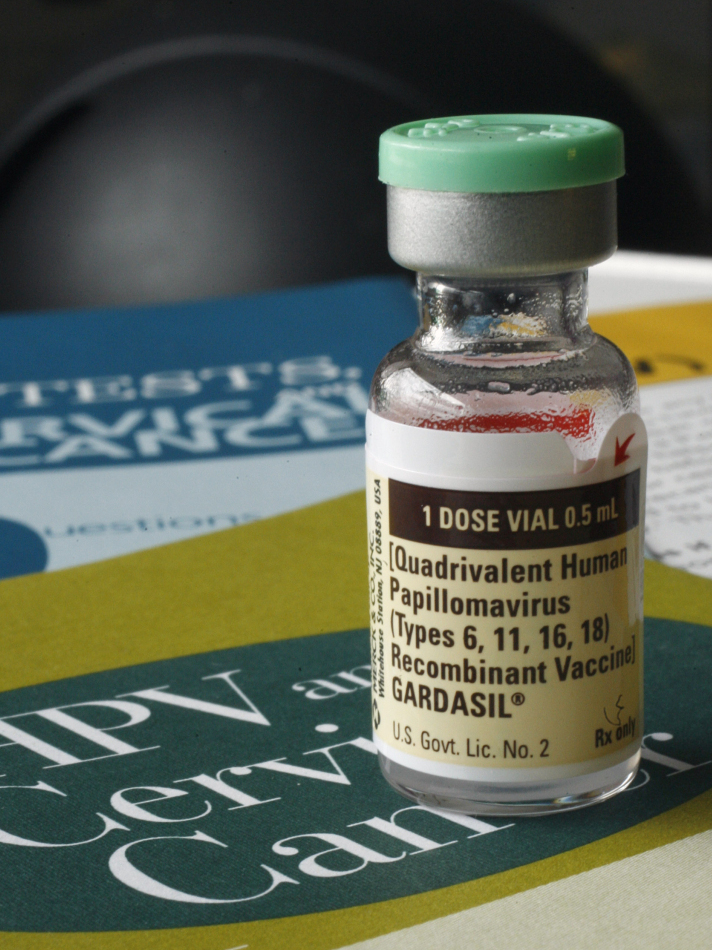 If you thought the HPV vaccine against cervical cancer was controversial before, things are just warming up.

A panel of experts that advises the Centers for Disease Control and Prevention on vaccine policies has recommended routine vaccination of 11- and 12-year-old boys with Gardasil, Merck's vaccine against human papillomavirus. Vaccinations could start as early as age 9 and extend to 21-year-old men who weren't previously vaccinated.

"Today is another milestone in the nation's battle against cancer," said the CDC's Dr. Anne Schuchat, head of the National Center for Immunization and Respiratory Diseases, in a media briefing about the recommendation.

Vaccinating boys against the sexually transmitted virus can help protect them from genital warts and may protect them against cancers of the head and neck, as well as the anus. Immunizing boys against HPV can also reduce the infection risks for girls, adding to the overall protective effect of the vaccine for cervical cancer.

But the HPV vaccine is expensive — it runs more than $100 a dose. Three shots are recommended.

Data presented at the panel's meeting in Atlanta estimated the costs of vaccinating boys at $136 million in the first year.

Estimating the value of health benefits is harder. The value of male HPV vaccination is higher when the rate of immunization among females is lower. About 18,000 HPV-related cancers strike American women each year, Schuchat said. For men, the figure is around 7,000.

But the health benefits in the form of prevented disease take years to accrue.

Despite the uncertainty, the Advisory Committee on Immunization Practices unanimously recommended routine use of Gardasil for boys as worthwhile. The CDC is expected to make the recommendation official.

In the past, the CDC has said doctors are free to offer the HPV vaccine to males ages 9 to 24. But the agency didn't say it should be routine.

In a statement e-mailed to Shots, Merck said its analysis shows that HPV shots for boys make economic sense, assuming the immunizations cut the transmission of HPV and decrease the development of genital warts. The company notes, however, that the clinical studies incorporated in its model didn't address transmission.

The most common side effects from HPV vaccination are pain and swelling at this site of injection, headache and fever.