Accessibility links
Losing Weight: A Battle Against Fat And Biology : Shots - Health News Most people who lose weight end up gaining it back — and it's not just a matter of willpower. In fact, once we begin to shed those first few pounds, says one expert, "the biology really kicks in and tries to resist the weight loss." 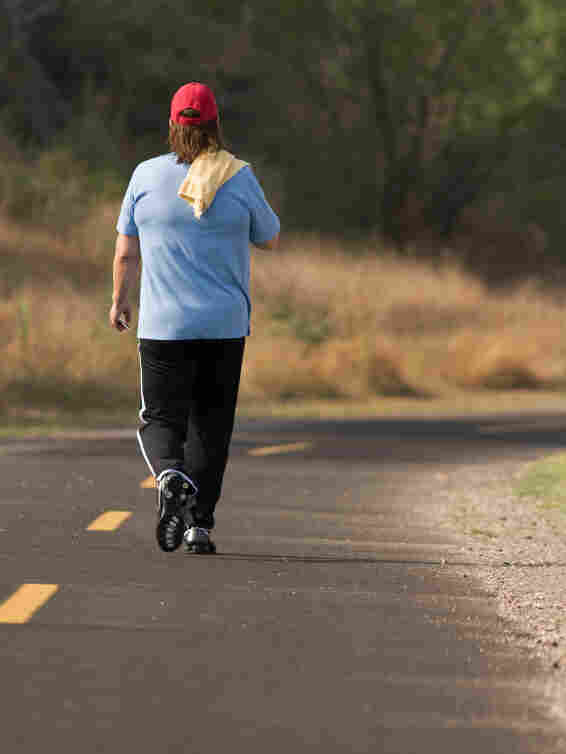 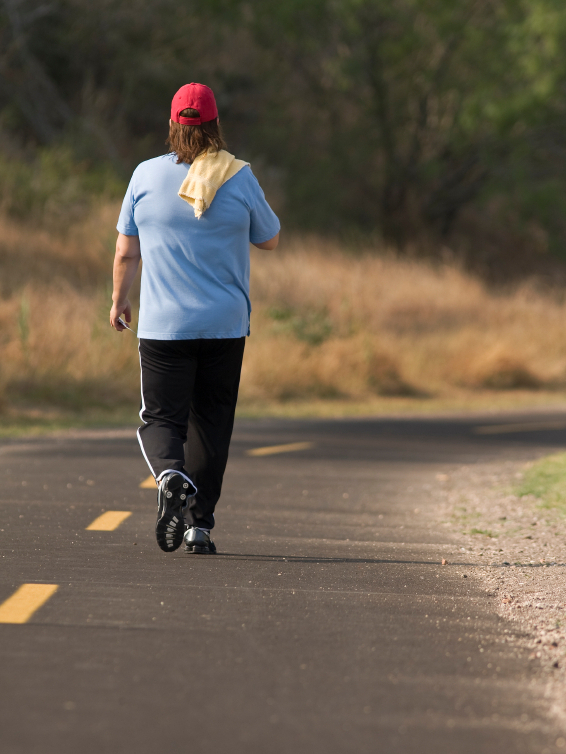 If you're among the two-thirds of Americans who are overweight, chances are you've had people tell you to just ease up on the eating and use a little self-control. It does, of course, boil down to "calories in, calories out."

But there's a lot more to it than that, according to obesity specialist Dr. Donna Ryan, associate director for clinical research at the Pennington Biomedical Research Center in Baton Rouge, La.

It's a popular misconception, she says, that losing weight is "strictly a matter of willpower." It's a gigantic task, she says, because not only do we move through an incredible buffet of food spread before us every day, but we also face a battle with our own biological responses.

It starts when we begin to shed those first few pounds. At that point, "the biology really kicks in and tries to resist the weight loss," she says.

Take 56-year-old Mary Grant, who's faced a lifetime battling fat, beginning in childhood, when her father humiliated her in front of the family by publicly weighing her every Saturday morning and insisted on her trying diet after diet.

In the end, Grant unsuccessfully tried "the grapefruit before every meal diet, Weight Watchers in the early days, when you had to eat chicken livers, the hard-boiled eggs and salad diet, the tomato soup diet, the cabbage soup diet, essentially anything," says Grant, "to get that weight off me."

But the weight did not "come off." It wasn't until after nursing school that Grant was successful in dropping 100 pounds after a medically supervised fast. Dramatic as that success was, it didn't last. Grant gained much of the weight back. Most people do, according to health experts.

When you begin to lose pounds, levels of the hormone leptin, which is produced by fat cells, begin to drop. That sends a message to the brain that the body's "fat storage" is shrinking. The brain perceives starvation is on the way and, in response, sends out messages to conserve energy and preserve calories. So, metabolism drops.

And then other brain signals tell the body it's "hungry," and it sends out hormones to stimulate the appetite. The combination of lowered metabolism and stimulated appetite equals a "double whammy," says Ryan. And that means the person who's lost weight can't consume as much food as the person who hasn't lost weight.

For example, if you weigh 230 pounds and lose 30 pounds, you cannot eat as much as an individual who has always weighed 200 pounds. You basically have a "caloric handicap," says Ryan. And depending on how much weight people lose, they may face a 300-, 400- or even 500-calorie a day handicap, meaning you have to consume that many fewer calories a day in order to maintain your weight loss.

This means no more grapefruit or cabbage soup diets: You need a diet you can stay on forever. For most people, that means high fiber, low fat and low sugar.

But you can fight back against a lowered metabolism. You can "kick" your metabolism back up by exercising every day. One recent study found people were able to burn up an extra 450 calories a day with one hour of moderate exercise.

It doesn't have to be vigorous jogging. You can walk briskly, bike or swim. Health experts recommend 30 minutes of moderate physical activity a day in order to reduce risk for heart disease. But obesity experts say if you want to lose or maintain weight, you have to double that and exercise at least one hour every day.