Accessibility links
The Case For A 'Check In' Instead Of A Checkup : Shots - Health News Instead of an annual check-up, many doctors suggest that a regular "check-in" is a better idea. At a check-in, you can discuss any health concerns you have and get the limited tests and preventive screenings that are appropriate and helpful for someone of your age and risk profile. 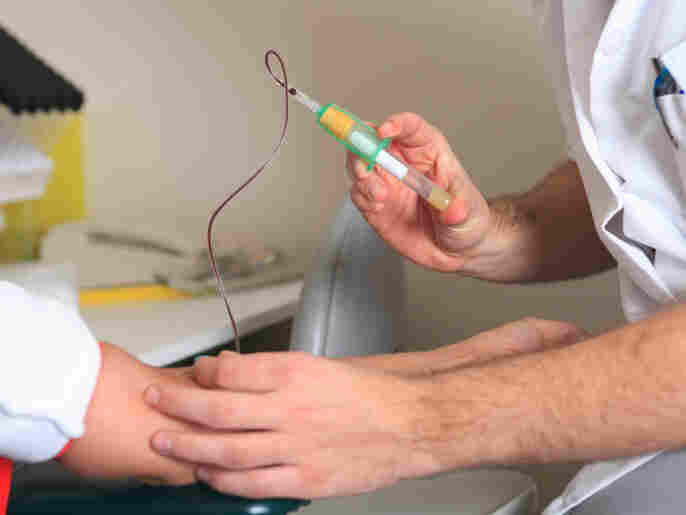 It can't hurt to ask if that blood test is really necessary.

People who visit their primary care doctors for routine care often find themselves poked, prodded and advised in all kinds of unnecessary and unhelpful ways.

Add it all up, and the cost of the dubious tests and medical interventions runs to about $6.8 billion a year. The annual checkup, an American medical tradition, is a prime offender.

Some of the waste seems so obvious. We're talking about doctors ordering blood tests when a patient has no risk factors or symptoms of illness, for example, or prescribing a brand-name cholesterol-lowering drug without first making sure a generic won't do the job.

An analysis, published online in the Archives of Internal Medicine in October, calculated the annual cost of a dozen primary care activities that a group of physicians in an earlier report agreed were overused.

Those doctors, members of a group called the National Physicians Alliance that supports universal health care, hope the list will help change ingrained practice patterns, says Dr. Stephen Smith, a professor emeritus at Brown University and one of the study co-authors.

But without all those unnecessary tests — including complete blood count, urinalysis, electrocardiograms and bone density scans — in low-risk, symptom-free people, what would be the point of a physical exam, anyway? Good question.

By now it's well established that there's little clinical benefit to the annual physical exams people get and the myriad tests that often accompany them.

Instead of an annual checkup, many doctors suggest that a regular "check-in" is a better idea. At a check-in, you can discuss any health concerns you have and get the limited tests and preventive screenings that are appropriate and helpful for someone of your age and risk profile.

If you're young, female and feeling exhausted, for example, a complete blood cell workup might make sense to rule out anemia, says Dr. Minal Kale, an internist at Mount Sinai School of Medicine and lead author of the new study. Likewise, if you're overweight, smoke and have already survived one heart attack, an ECG may be a good idea.

But in the absence of specific symptoms or risk factors that require medical attention, use that annual meeting to check in with your primary care doctor and get to know him or her, says Dr. H. Gilbert Welch, a professor of medicine at the Dartmouth Institute for Health Policy and Clinical Practice, who has written extensively on the questionable value of much recommended preventive screening.

"There's a value in having a personal relationship with a physician who knows you well," he says, "both in preparing for how things will go if you do get sick, and particularly as you approach the end of life, [having a relationship with] someone who has an idea of what your goals are."