Accessibility links
Secret To A Long, Healthy Life: Bike To The Store : Shots - Health News Even if people used bikes to run short errands than half the time, it could save more than 1,100 lives a year in 11 Midwestern cities, thanks to reduced air pollution and improved health. That's the word from scientists at the University of Wisconsin, who figured people would bike 4 months out of the year.

Secret To A Long, Healthy Life: Bike To The Store

Secret To A Long, Healthy Life: Bike To The Store 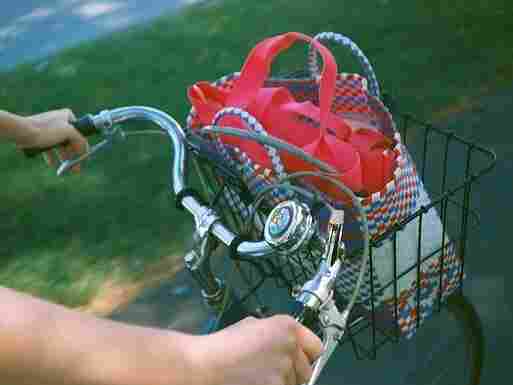 Putting the shopping bags in the bike basket rather than in the car trunk could deliver big health benefits. Hajime Ando/Flickr hide caption

What would you say to a cheap, easy way to stay slim, one that would help avoid serious illness and early death? How about if it made your neighbors healthier, too? It could be as simple as biking to the store.

Researchers at the University of Wisconsin were wondering if getting people out of their cars just a wee bit would create measurable improvements in health. So they gathered up data sets on obesity, health effects of pollution, and air pollution caused by automobiles in 11 Midwestern cities, and did a mashup.

They found that if the Midwesterners ran half of their short-distance errands by bike rather than by car, 1,100 deaths would be avoided each year, and $7 billion would be saved in reduced health-care costs. The trips were 2.5 miles one way; less than a 25-minute bike ride, the researchers figure.

The benefits were based on a presumed reduction in air pollution particulates and ozone, which increase the risk of heart attack, strokes, and asthma. They also factored in the health benefits of increased exercise, and applied that to the 31 million people living in the Upper Midwest.

The results were published in the journal Environmental Health Perspectives.

"We were conservative," says Jonathan Patz, a physician and co-author of the study, who heads the Global Health Institute at the University of Wisconsin-Madison. The researchers figured that people in the Midwest would do errands by bike only in the best 124 days of weather each year. "It's only about 4 months worth of biking."

Still, the benefits were enough to still reap health benefits, even though a larger chunk of the year might be spent on the couch, watching the Packers and the Blackhawks on TV. And people who weren't biking benefited, because they were breathing in less car-generated pollution, which contributes to asthma and cardiovascular problems.

The study also didn't take into account the benefits of walking or taking mass transit for errands, which Patz says would also be good for one's health and reduce pollution. "Studies have shown that if you take mass transit, you'll get about 20 minutes of decent walking," he says. That's a topic for the next study, he adds.

Patz himself is a devoted bike commuter and shopper in Madison, which he says is a bike-friendly city. But when he was working in Baltimore, he quickly realized that the city was not set up for safe bike commuting. "I tried it about three times, and realized this could be very hazardous to my health."

Public policies that make cities safer for bicyclists and walkers would go a long way towards encouraging people to shift a bit of their daily two and fro away from cars, he adds. "There are so many win-wins. Better health, personal economics, and finally less greenhouse gases."

Count him as a scientist who's testing his theories firsthand. 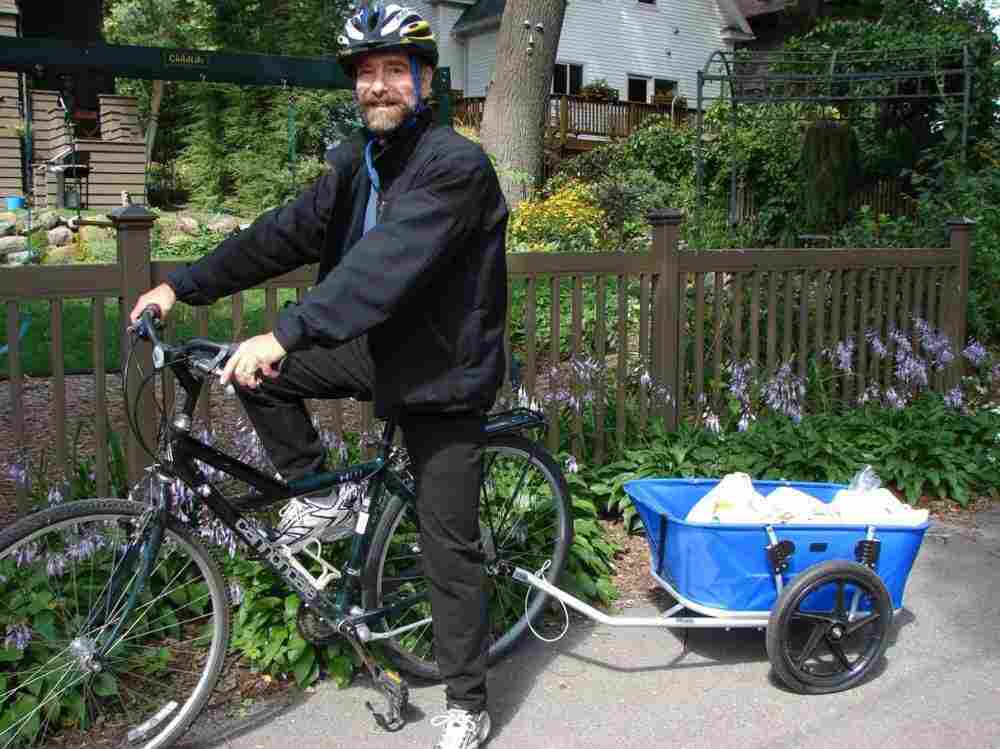 When it comes to biking and health, Dr. Jonathan Patz practices what he preaches. Jean Patz hide caption 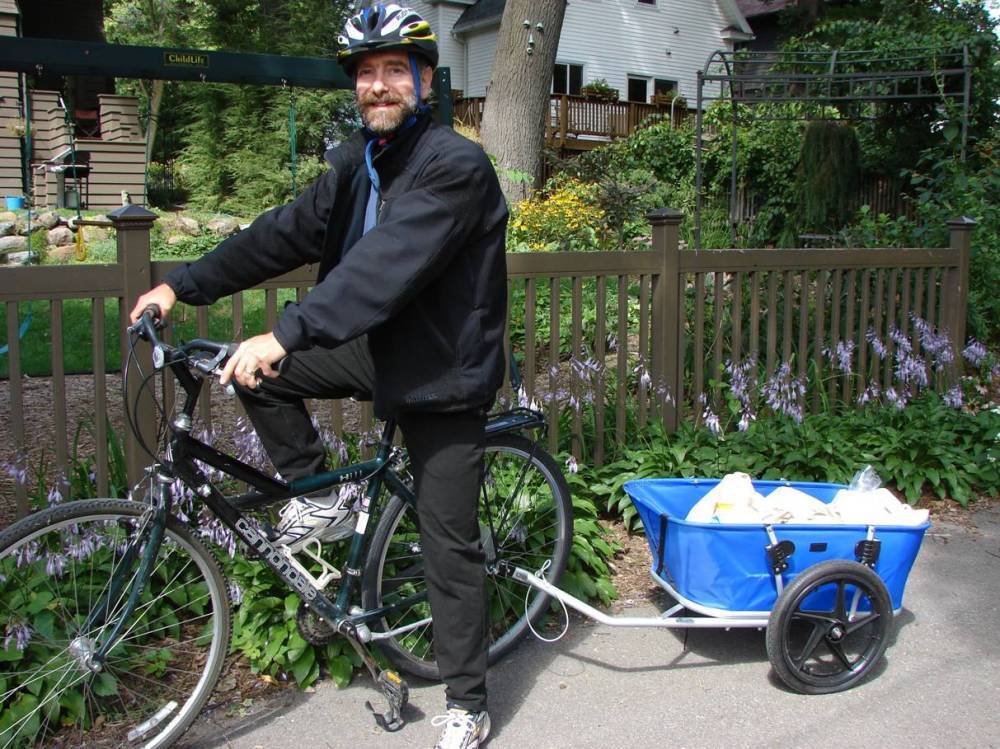 When it comes to biking and health, Dr. Jonathan Patz practices what he preaches.