Accessibility links
Hormones And Metabolism Conspire Against Dieters : Shots - Health News Willpower will only take you so far, in case you haven't run that experiment yourself. Turns out our bodies have a fuel gauge, not entirely unlike the gas gauge in our cars, that tell us when it's time to tank up on food. Dieting can make the gauge go haywire. 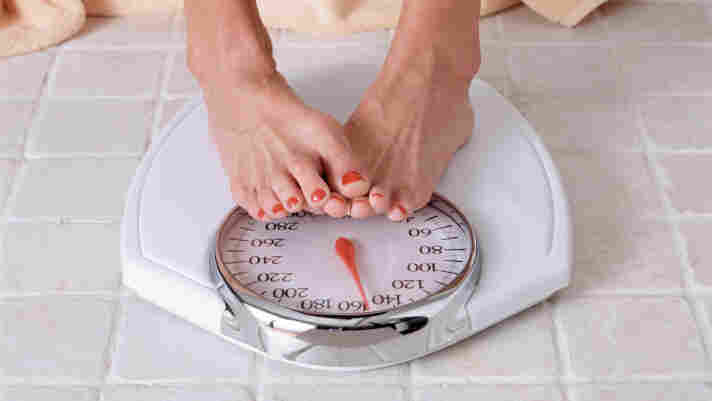 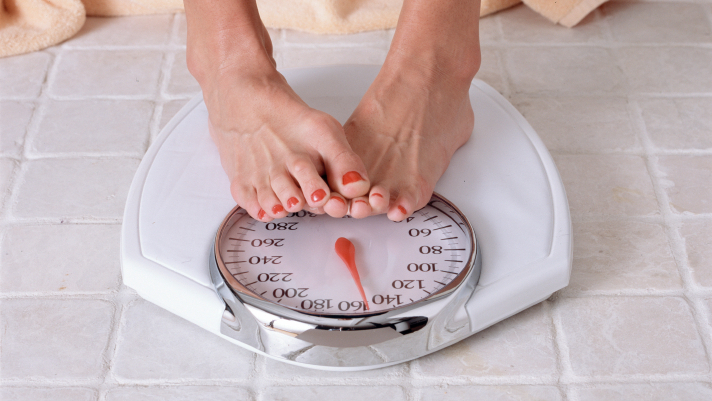 There are some fresh insights from Australia that help explain why it's so difficult for dieters to keep off the weight they lose.

Willpower will only take you so far, in case you haven't run that experiment yourself. Turns out our bodies have a fuel gauge, not entirely unlike the gas gauge on our cars, that tell us when it's time to tank up on food.

The gauge relies on hormones that signal to the brain when and how much to eat. But as Dr. Louis Aronne, who directs the comprehensive weight control program at Weill Cornell Medical College in New York, explains, the human fuel gauge can sometimes be way off the mark — especially for dieters.

A study just published in the New England Journal of Medicine documents a pretty extreme diet regimen that limited 50 overweight and obese Australian volunteers to about 550 calories a day for 10 weeks.

Most of them, though not all, actually stuck with the diet, and, not surprisingly, lost a lot of weight. While dieting they shed an average of nearly 30 pounds, or 14 percent of their body weight. At a year, they'd still kept a lot of the weight off, but, on average, their loss was down to 8 percent 15 months after the start of the study.

What happened to their hormones? The researchers measured a whole bunch of them, including insulin, leptin (an appetite suppressant) and ghrelin (a hunger stimulator) and found that more than year after the weight loss, the hormones were telling the people to keep eating — a lot.

As Aronne puts it, their internal gas gauges went down 65 percent instead of the 10 percent or so that would have been more in line with the weight lost. In essence, "they think they're going to run out of gas very, very soon."

So it's not just a lack of willpower that's tripping people up. Their hormones are sending a strong, confounding signal to chow down.

What's more, the study found that the metabolic rate of the dieters remained low a year after the low-calorie diet ended, making it even harder to burn off those calories.