Accessibility links
Why HPV Vaccination Of Boys May Be Easier : Shots - Health News The idea that teenage girls might have sex is hard for many parents to accept, complicating the case for HPV immunization. For boys, sex is almost expected, so there may be less resistance to their vaccination. 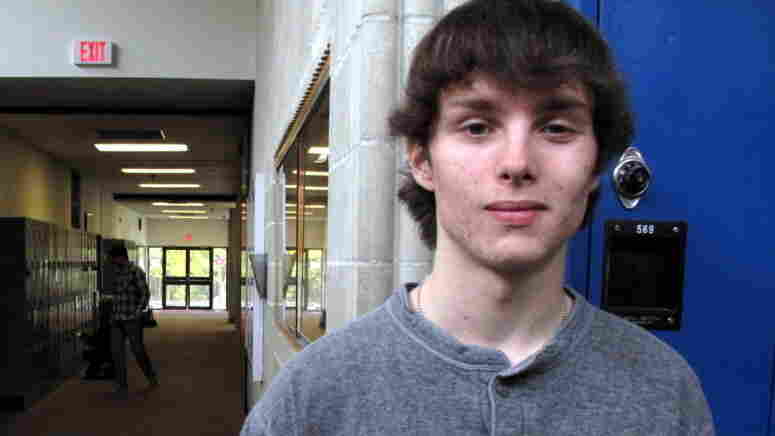 Connor Perruccello-McClellan, a senior at Providence Country Day School in Rhode Island, has been vaccinated against HPV, something less than 1 percent of U.S. males can say. Richard Knox/NPR hide caption 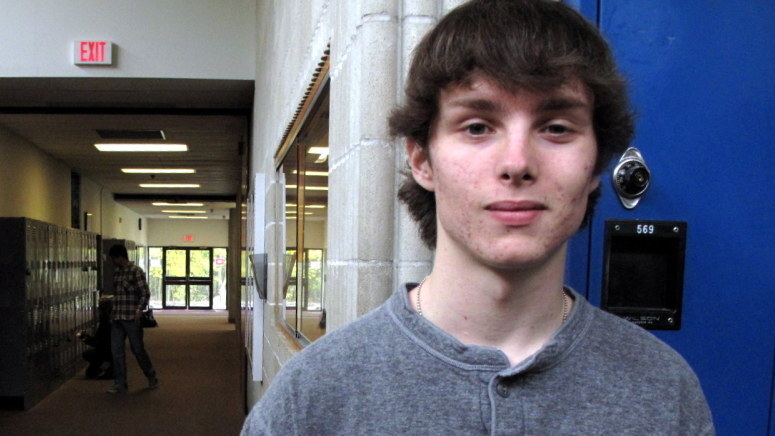 Connor Perruccello-McClellan, a senior at Providence Country Day School in Rhode Island, has been vaccinated against HPV, something less than 1 percent of U.S. males can say.

When the Centers for Disease Control and Prevention recommended a half-dozen years ago that preteen girls be vaccinated against human papillomavirus, two things happened.

A lot of parents and some conservative groups were jarred by the idea of immunizing young girls against a sexually transmitted virus. And uptake of the vaccine has been poor — only about a third of 13- to 17-year-old girls have gotten the full three-shot series.

Now, in the wake of a CDC expert panel's recommendation to extend vaccination to 11- and 12-year-old boys, there's reason to think things might be different this time.

"There's been a surprisingly muted reaction," says Dr. Don Dizon, a Brown University oncologist. "We tend to believe that girls are chaste and are going to 'save themselves for marriage.' But, you know, sexual activity is something that's almost expected of boys."

Seventeen-year-old Connor Perruccello-McClellan agrees. The idea that teenage girls might have sex is "just a touchy issue, a taboo, I guess," he says. "It's just not as accepted for girls."

Perruccello-McClellan, a senior at Providence Country Day School in Rhode Island, is among the 1 percent of U.S. males who have already been vaccinated against HPV. That's because Rhode Island has one of the nation's most aggressive campaigns to vaccinate schoolchildren against nine different infections, including HPV.

Still, like most people, he thought HPV vaccine protects only against cervical cancer — a notion that may have abetted the double standard associated with it.

Cervical cancer is why the vaccine originally got approved. But that's not the whole story. HPV causes a half-dozen different kinds of cancer, and some are gender-neutral.

Some of these malignancies are sex-specific: cancers of the cervix, vagina and vulva in females; penile cancer in boys; both get HPV-associated genital warts.

But Dizon worries most about cancers of the head and neck — devastating, often disfiguring and hard-to-treat malignancies that used to be strongly linked to smoking and alcohol abuse.

"There's an epidemic of head and neck cancers, and we are seeing this increase in ... nonsmokers," he says. "And it's being tied to HPV."

The fact that HPV is linked to a variety of cancers has important implications for vaccination strategy. For one thing, it's clear that HPV is not just transmitted through sexual intercourse.

"Diseases like HPV or herpes are skin-to-skin transmitted," says Dr. Michelle Forcier, a specialist in adolescent medicine at Hasbro Children's Hospital in Providence. "So while condoms are very effective in preventing transmission, it's not 100 percent."

There's a whole range of sexual behaviors that can transmit HPV, many of them the kinds of things teenagers experiment with. That makes it tricky to wait until kids are just about to have sex before vaccinating them. To be protected, they need three shots of HPV vaccine over a six-month period.

"But teens don't plan when they have sex," Forcier says. "They don't go to their mom and dad and say, 'Oh, I'm 16 now and I think I'm going to have sex in the next six months, so I'd better get vaccinated.' "

That's why the experts are saying to parents of both sons and daughters that it's better to get ahead of the game.