Accessibility links
Wal-Mart Wants To Be Your Doctor : Shots - Health News The nation's biggest retailer is planning to offer a wide range of medical care in U.S. stores. A Wal-Mart document seeking partners for the effort says the company aims to become a major provider of primary care. Later, an executive with the retailer said the company document was "overwritten and incorrect." 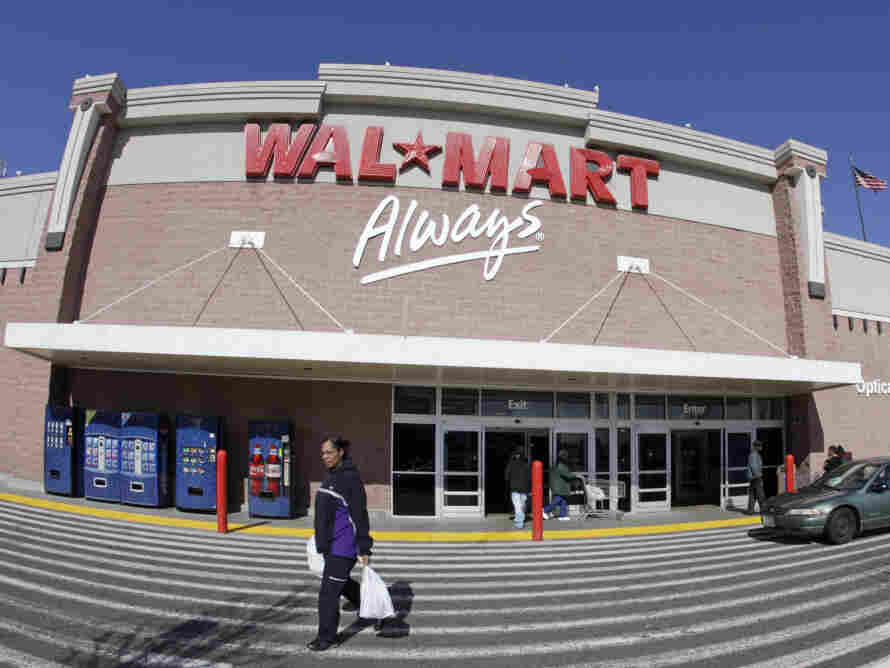 A trip to the local Wal-Mart, like this one in Oakland, Calif., could soon mean one less stop at the doctor's office. Eric Risberg/AP hide caption 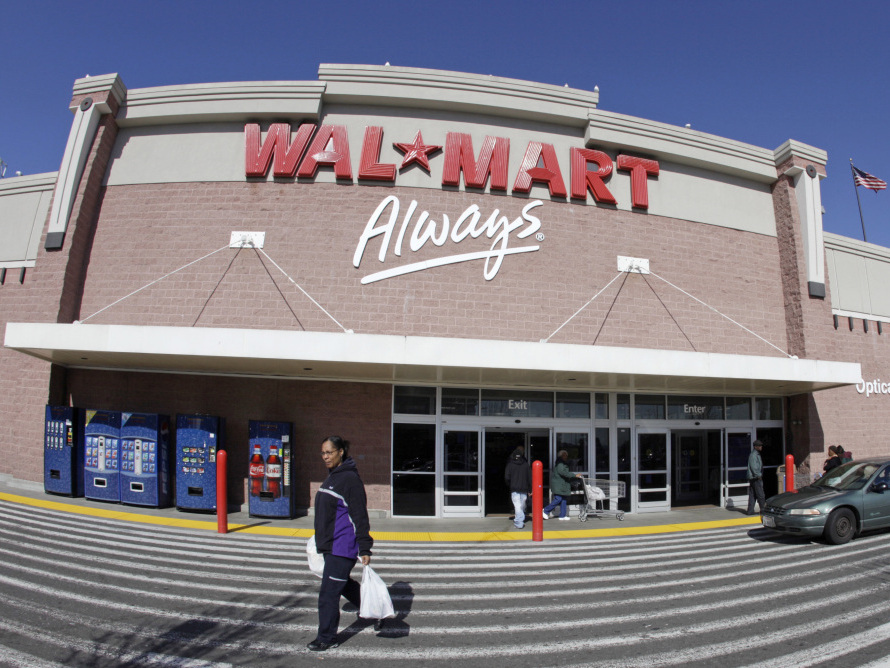 A trip to the local Wal-Mart, like this one in Oakland, Calif., could soon mean one less stop at the doctor's office.

Updated at 2:52 p.m. ET: Wal-Mart issued a statement Wednesday saying its request for partners to provide primary care services was "overwritten and incorrect." The firm is "not building a national, integrated low-cost primary health care platform," according to the statement by Dr. John Agwunobi, a senior vice president for health and wellness at the retailer.

[For more on the Wal-Mart clarification, see our follow-up post.]

Wal-Mart wants to be your doctor.

The nation's largest retailer is planning to offer medical services ranging from the management of diabetes to HIV infections, NPR and Kaiser Health News have learned.

In the same week in late October that Wal-Mart said it would stop offering health insurance benefits to new part-time employees, the retailer sent out a request for partners to help it "dramatically ... lower the cost of healthcare ... by becoming the largest provider of primary healthcare services in the nation."

On Tuesday, Wal-Mart spokeswoman Tara Raddohl confirmed the proposal. She declined to elaborate on specifics, calling it simply an effort to determine "strategic next steps."

The 14-page request, which you can read here, asks firms to spell out their expertise in a wide variety of areas, including managing and monitoring patients with chronic, costly health conditions. Partners are to be selected in January.

Analysts said Wal-Mart is likely positioning itself to boost store traffic, possibly by expanding the number of its in-store medical clinics and the services they offer.

The move would also capitalize on growing demand for primary care in 2014, when the federal health law fully kicks in and millions more Americans are expected to have government or private health insurance.

"We have a massive primary care problem that will be made worse by health reform," says Ian Morrison, a Menlo Park, Calif.-based health-care consultant. "Anyone who has a plausible idea on how to solve this should be allowed to play."

In-store medical clinics, such as those offered by Wal-Mart and other retailers, could also be players in another effort in the health law: collaborations between doctors and hospitals to streamline care and lower costs.

Such collaborations, known as accountable care organizations, might contract with in-store medical clinics, says Paul Howard, a senior fellow with the Manhattan Institute for Policy Research. He has studied retail clinics, some of which have recently expanded to offer services beyond simple tests and vaccinations, such as helping monitor patients with diabetes or high blood pressure.

Wal-Mart's request goes even further, asking possible partners to provide information on how they would oversee patients with complicated chronic conditions, including asthma, HIV, arthritis, depression and sleep apnea.

In health care, Wal-Mart has already flexed its super-size muscles when it comes to prescription drugs, says Ed Kaplan, a senior vice president at The Segal Company, an HR benefits firm. The company was the first to offer generic drugs at $4 for a month's supply,and its low-cost pharmacy is popular with employers and seniors. Kaplan says Wal-Mart could bring its massive purchasing power to medical supplies, diabetes test strips, just about anything.

Wal-Mart's efforts to partner with others on health care could help lower costs for some patients and increase access to primary care services. But the approach has detractors.

Family physicians have long been vocal critics of in-store clinics, arguing that patients need a regular source of care from someone who knows their medical history. Glen Stream, president of the American Academy of Family Physicians, says Wal-Mart's proposal takes health care in the wrong direction by further fragmenting care.

Others aren't sure the company's approach can really work. "Maybe Wal-Mart can deliver a lot of this stuff more cheaply because it is an expert at doing this with other types of widgets, but health care is not a widget and managing individual human beings is not nearly as simple as selling commercial products to consumers," says Ann O'Malley, a physician and senior health researcher at the Center for Studying Health System Change, a nonpartisan Washington think tank.

And will it save money? Because primary care services are not the main driver of health care costs in this country, "I would be surprised if this were a model that could truly attack cost problems," says O'Malley.

Whatever it does for health costs, it may also be a way to boost foot traffic and sales in Wal-Mart stores, says Colin McGranahan, a retail analyst for Sanford C. Bernstein & Co. "Their traffic has been declining for over two years and they've been losing market share," McGranahan says. "If you get someone in the door, you can also sell them milk and a shotgun."

Other retailers are ramping up their own medical offerings. CVS Caremark, Walgreens, Kroger, Target and others have recently reinvigorated efforts to open in-store medical clinics.

Until recently, Wal-Mart was the nation's leader in opening such clinics, but has dropped to third place with about 140 of them, well behind CVS Caremark's nearly 550 Minute Clinics and Walgreens' 355 Take Care clinics, according to data tracked by Tom Charland, CEO of Merchant Medicine, a Minnesota-based research and consulting firm. About 1,300 store-based clinics are open nationwide, he says.

They have different business models. Wal-Mart, which has more than 3,500 stores in the U.S., leases space to independent clinic vendors, for example, while CVS owns and staffs its Minute Clinics. While a few centers operated by retailers have doctors on site, most hire nurse practitioners or physician assistants to provide the care. In 2007, Wal-Mart CEO Lee Scott announced the firm would open 400 clinics by 2010.

"This is an industry where people haven't figured out how to make money," he says. Hiring nurses isn't cheap — and business can be seasonal: more people come in during the cold winter months and business can slow to a crawl in the summer. "My guess is the whole purpose of (Wal-Mart's) request for information is to find someone to help them because they've not been able to pull it off."

This story is part of a reporting partnership that includes KQED, Oregon Public Broadcasting, NPR and Kaiser Health News.