Accessibility links
Americans Are Fat, And Expected To Get Much Fatter : Shots - Health News More than three-quarters of Americans will be overweight or obese by 2020 if current behavior continues, new research days. Rates of diabetes would rise, too. That's bad news for cardiovascular health, despite the fact that people are doing better at avoiding smoking, and other risks.

Americans Are Fat, And Expected To Get Much Fatter

Americans Are Fat, And Expected To Get Much Fatter 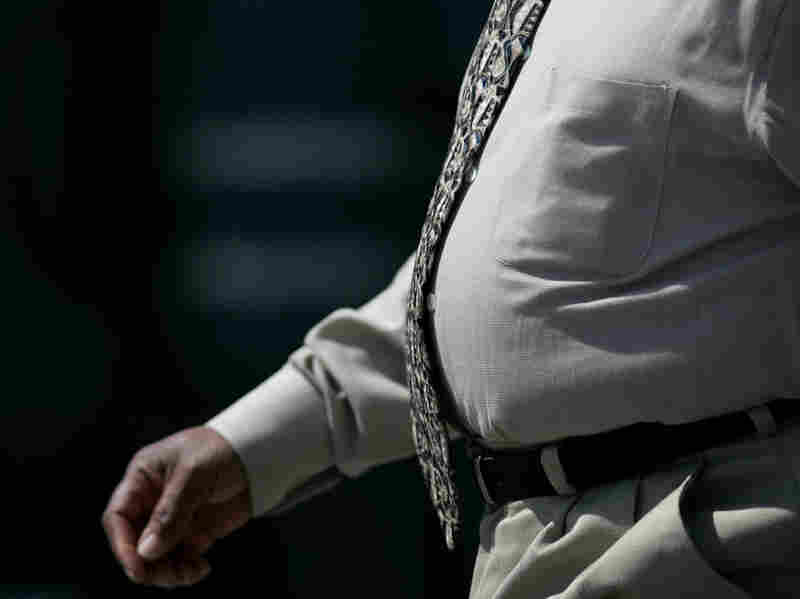 Overweight guys will have even more company in a few years. Justin Sullivan/Getty Images hide caption 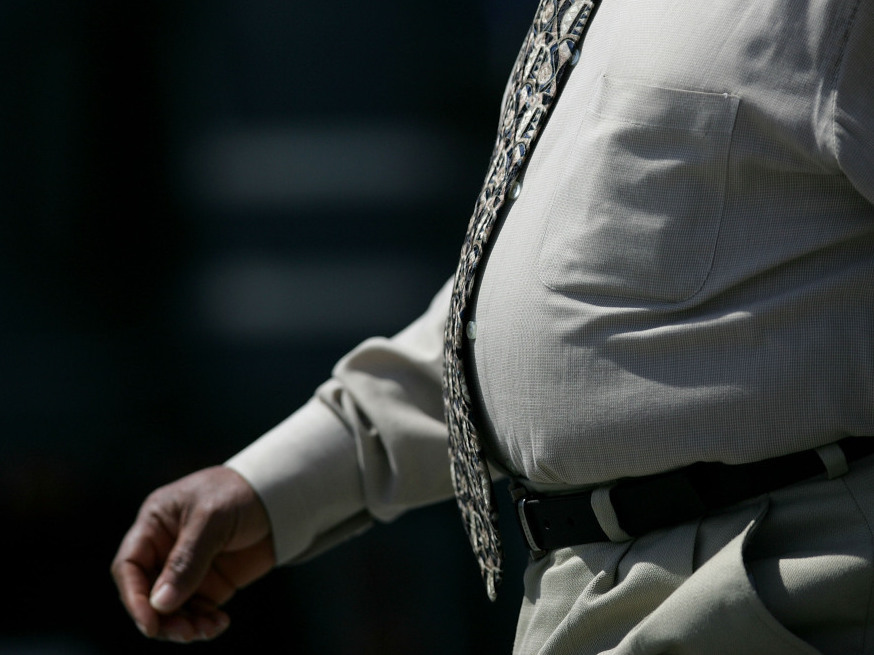 Overweight guys will have even more company in a few years.

In case you haven't noticed, we're fat, and getting fatter.

The implications go far beyond tight pants and groaning sofas. Obesity is a big risk factor for cardiovascular disease and diabetes.

Imagining an America of overweight, unhealthy people gives public health officials the willies. And it should be frightening to us civilians, too.

The latest numbers come from Mark Huffman, an assistant professor of preventive medicine and cardiology at Northwestern University who presented them at the annual scientific meeting of the American Heart Asssociation this week.

He looked at current rates for cardiovascular risk factors including smoking, lack of exercise, diet, weight, blood pressure and cholesterol. He found that reductions in smoking, high cholesterol and high blood pressure since 1988 have been offset by weight gain, diabetes, and pre-diabetes.

Then he took the increases in weight, diabetes, and prediabetes, and predicted where they would go in the next two decades. That's how he came up with more than three-quarters of Americans becoming overweight.

"It's really striking," Huffman told Shots. "It, gosh, it makes you want to figure out solutions."

That's especially true because we aren't exemplars of healthy living right now. Right now, 32 percent of men and 34 percent of women are obese. Those numbers are projected to rise to 43 and 42 percent in 2020, nudging up toward half of all people.

The number of people who have diabetes or are pre-diabetic is also projected to increase, from 6.3 percent and 37 percent of women to 8.3 percent and 44 percent. Huffman said: "That's more than half of women, if current trends continue. It's not much better for men, as you would imagine."

Clearly we need some help. Just about everybody knows they need to eat well and exercise more, but just knowing that isn't doing the trick.

Doctors often avoid talking with patients about their weight, NPR's Patricia Neighmond reported this week. And patients will quit going to the doctor if they feel they're going to be told they're not doing enough to lose weight.

People need help on the individual level, Huffman says, but changes are also needed that affect large groups of people, like easier access to fresh fruits and vegetables, and more physical education classes in schools. "It's not one versus the other."