Accessibility links
FDA Pulls Approval Of Avastin For Breast Cancer : Shots - Health News After more than a year of deliberations and an unprecedented public hearing in June, the agency has revoked approval of the biotech blockbuster Avastin, a medicine that chokes off the blood supply to various cancer cells, as a treatment for metastatic breast cancer. 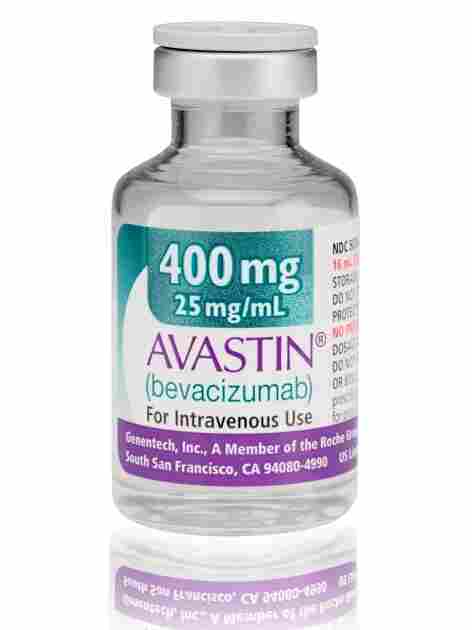 After more than a year of deliberations and an unprecedented public hearing in June, the agency has revoked approval of the biotech blockbuster Avastin, a medicine that chokes off the blood supply to various cancer cells, as a treatment for metastatic breast cancer.

Hamburg lays out the reasoning for the rare move in a 69-page decision. In a news briefing Friday morning, she said of the drug: "It's clear there is no benefit to breast cancer patients that would justify its risks." She said she didn't "come to this decision lightly but as a result of a rigorous process."

Roche's Genentech unit, maker of Avastin said in a statement, "We are disappointed with this outcome." The company said it will help women "who may be facing obstacles to receiving their treatment" with the drug through a patient-support program. It's also continuing research on the use of the drug for breast cancer.

In 2008, the FDA approved Avastin on a fast track, relying on results from a single study that showed patients' cancers didn't get worse for some months.

As a condition of approval, the company had to do more research on the drug. And those studies didn't support the original decision, according to the FDA and a panel of experts advising the agency.

Earlier this year, Genentech appealed the agency's move to pull the approval. At a June hearing, the company and some breast cancer survivors made the case for preserving the approval. Many argued that the drug should keep its approval to preserve hope for women with aggressive breast cancer.

The advisory panel voted unanimously against Genentech's appeal, saying that Avastin is ineffective and unsafe for metastatic breast cancer.

One of the panel members, Dr. Mikkael Sekeres, a leukemia specialist at the Cleveland Clinic, explained the vote in a letter published in the New England Journal of Medicine in September.

He told Shots he kept butting his head against the evidence that showed Avastin's benefit, such as it was, amounted to a little more time without breast cancer getting worse. And there are some serious side effects, including heart attack, heart failure and severe bleeding.

In the end, he said, the panel had voted against giving women "false hope."

Avastin remains on the market. And FDA approvals of the drug for treatment of certain types of brain, colon, kidney and lung cancer remain intact.

Doctors are still free to prescribe Avastin for any use they see fit, including breast cancer. But even before the FDA's final decision, some insurers were refusing to pay for use in breast cancer. Advocates for the drug have worried a final decision by FDA against Avastin would cause more companies to follow suit.

In an email, I asked Sekeres today what he thought of the FDA's decision. In a note, he wrote that the cancer drug advisory committee he is a member of had "struggled with its decision on whether to recommend removing the breast cancer label from Avastin." Ultimately, the panel "decided that the significant risks associated with the drug far outweighed the lack of benefit.

"The FDA agreed with us, and in so doing demonstrated that the accelerated approval program works. Drugs that can potentially benefit cancer patients are made widely available quickly, but when that benefit is not supported in subsequent trials, are also removed from the market quickly, to protect the health of the public."