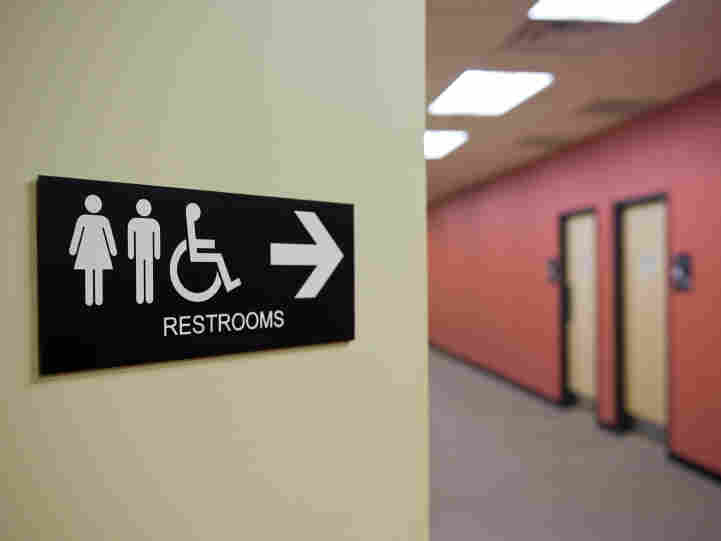 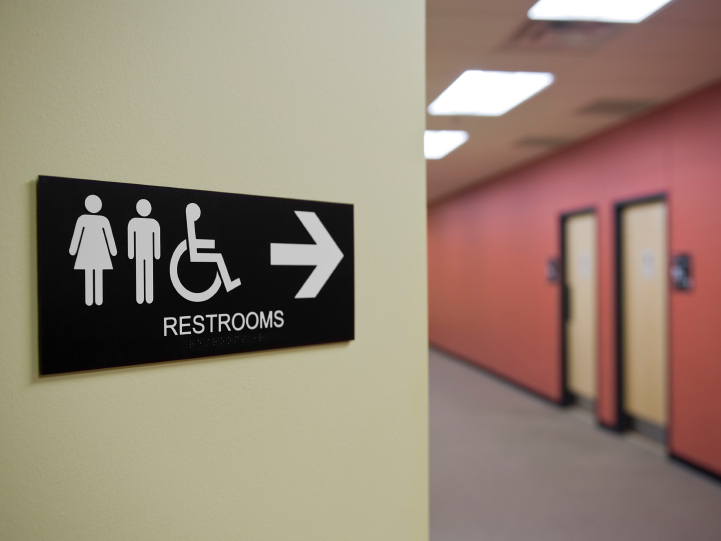 Right this way, ladies and germs.

Turns out Howard Hughes was right. The world is a very germy place, especially public restrooms.

The reclusive billionaire, who had the world's most notorious case of so-called germophobia, would go to just about any length to avoid contamination. He wore tissue boxes on his feet. He burned his clothing if someone near him got sick. He wrote careful instructions to his staff on how to open a can of peaches without contaminating them.

And now a study funded in part by his legacy foundation, the Howard Hughes Medical Institute, provides what may be one of the most thorough assessments so far of the germs that lurk in public restrooms.

Researchers swabbed surfaces in a dozen public johns on the University of Colorado campus in Boulder. They came up with 19 different bacterial phyla, or types.

Some came from soil tracked in on people's shoes. Some of those germs ended up on flush handles, probably because some cautious people used their feet to push down on the handles. But the source of the vast majority of the bacteria was human skin.

Now, it's hardly a surprise that restrooms are full of germs. But this study, which appears in the online journal PLoS-ONE (the acronym stands for Public Library of Science), adds two types of granularity to the "biogeography" of public restrooms, as the scientists term it.

First, previous studies relied on the ability of researchers to culture, or grow bacteria from collected samples. And most microorganisms are not easily cultivated. So the new study, which uses so-called bar-coding of a gene common to viritually all bacteria, gives a more complete picture of the highly diverse types of bacteria lurking in these common spaces.

Second, by tracking the types of bacteria found on different surfaces, the study gives a more complete — and disturbing — picture of how germs spread all over the place. A restroom user can hardly avoid contacting contaminated surfaces.

As study authors put it, bacterial types associated with human skin, such as staph and strep bacteria, "were abundant on all surfaces."

The surfaces sampled included door handles (into and out of the restroom), stall handles (inside and out), toilet seats, flush handles, faucets, soap dispensers and the floor around the sink. (Ever put your bag on the floor while you washed your hands? I thought so.)

Restroom bacteria cluster in three different communities, the researchers say: those on toilet surfaces, those on the floor and those on door handles and hand-washing appliances.

Those around the toilet were types that live in the human gut, "suggesting fecal contamination of these surfaces...either via direct contact (with feces or unclean hands), or indirectly as a toilet is flushed and water splashes or is aerosolized."

Yes, I know, very unappealing. But I thought you should know.

Interestingly, at least for some people, there was a somewhat different mix of bacteria in women's restrooms compared to men's. Some were germs that prefer female genital tracts.

The bottom line — er, grand conclusion — is that "routine use of toilets results in the dispersal of urine- and fecal-associated bacteria throughout the restroom."

So wash your hands thoroughly, for Pete's sake! And when you do, try to avoid recontaminating them as you leave.

Addendum: It's possible these particular University of Colorado restrooms were dirtier than most. "Previous studies have documented that college students...are not always the most diligent of hand-washers," the study notes.

But you never know.