Accessibility links
Got Arthritis? Exercise Can Help : Shots - Health News Exercise keeps arthritis from getting worse, doctors say. But a new study suggests that many adults with joint pain aren't trading in their sedentary lifestyles for daily workouts. 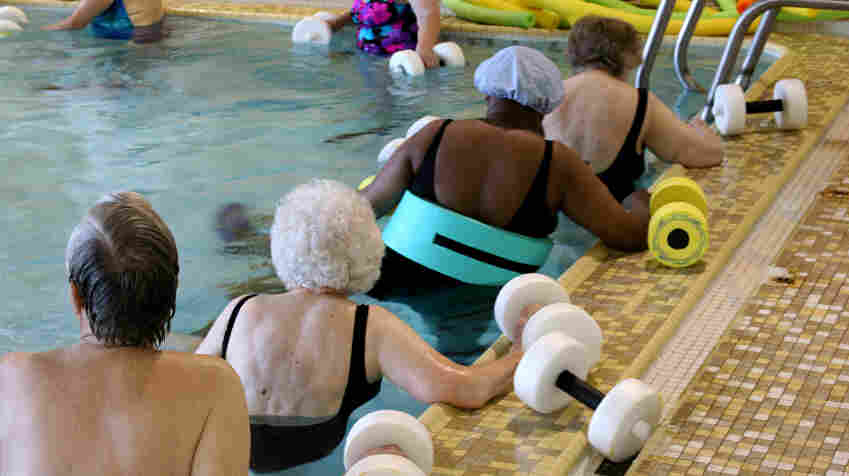 Swimming is one form of exercise that can help prevent arthritis from getting worse, doctors say. iStockphoto.com hide caption 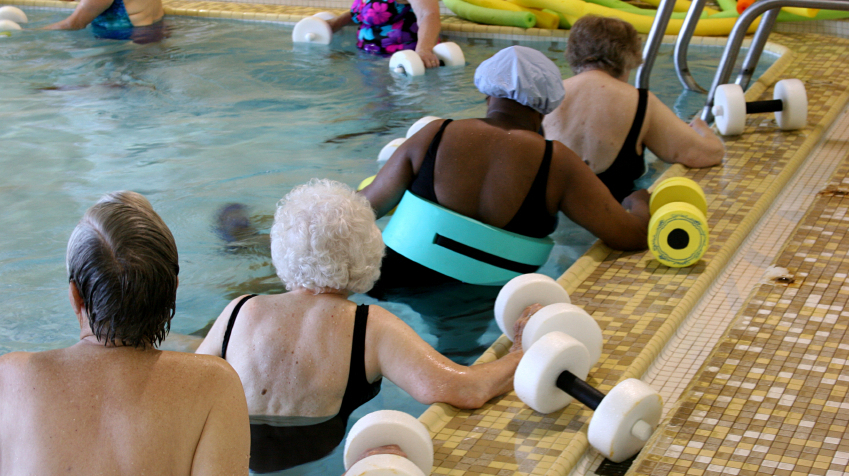 Swimming is one form of exercise that can help prevent arthritis from getting worse, doctors say.

If you suffer the pain and stiffness of arthritis, you may not be enthusiastic about exercising. But arthritis specialists say that's exactly what you need to do.

It's advice that 65-year-old Sibyl Zaden has taken to heart. A former marathon runner and triathlete, Zaden now suffers from osteoarthritis in her shoulders and knees. "My problem is lifting my arm," she says. "It's very painful. I can lift it halfway and that's it."

Her knees hurt, too. But that doesn't stopped Zaden from going to the gym and getting on a treadmill for 15 to 30 minutes. Her doctor, UCLA Medical Center rheumatologist Roy Altman, says more people with arthritis should follow her lead.

"The one thing that people don't understand is that you have to do something," Altman says. "When you don't do anything with osteoarthritis of the knee, arthritis actually gets worse."

Three years ago, federal health officials recommended that people with arthritis exercise moderately every day for about 20 minutes. But that's not what's happening.

A recent study at Northwestern University looked at activity among 1,000 adults, between 49 and 84 years old, who had osteoarthritis of the knee. Ninety percent of the people were not exercising, according to lead scientist Dorothy Dunlop.

"That means they did not participate in any moderate activity lasting at least 10 minutes at any point over the course of a week," she says.

So why is moving, and exercise, so important?

Arthritis slowly breaks down the body's natural shock absorbers, the cartilage, that jelly-like substance between our bones and in our joints. When that happens, blood doesn't circulate as freely and doesn't deliver adequate nutrition to the cartilage. All the cartilage nutrition, says Altman, comes through the joint. Massaging the joint through exercise helps get the blood supply going which, in turn, helps cartilage take in nutrition.

Another big plus for exercising through arthritis pain: Muscles surround the joint, and when muscles are bigger and stronger, the joint is more protected.

Exercise doesn't reverse damage that's already done. But it helps prevent arthritis from getting worse, and it has the added benefit of keeping excess pounds off. That can make a huge difference on the joints that support most of the body's weight: the hips and knees.

The heavier you are, the greater the pressures on both your knees and hips.

Altman says if you have arthritis and don't exercise, it's time to start. But begin slowly. You need exercises like walking to build endurance, and Pilates or yoga to build strength.