Accessibility links
HIV Treatment Lags In U.S. : Shots - Health News Only 28 percent of the 1.2 million HIV-infected people in the U.S. are getting effective antiviral treatment, according to the CDC. Unless those treatment rates improve substantially, that could lead to another 1.2 million new HIV cases over the next 20 years, CDC says. 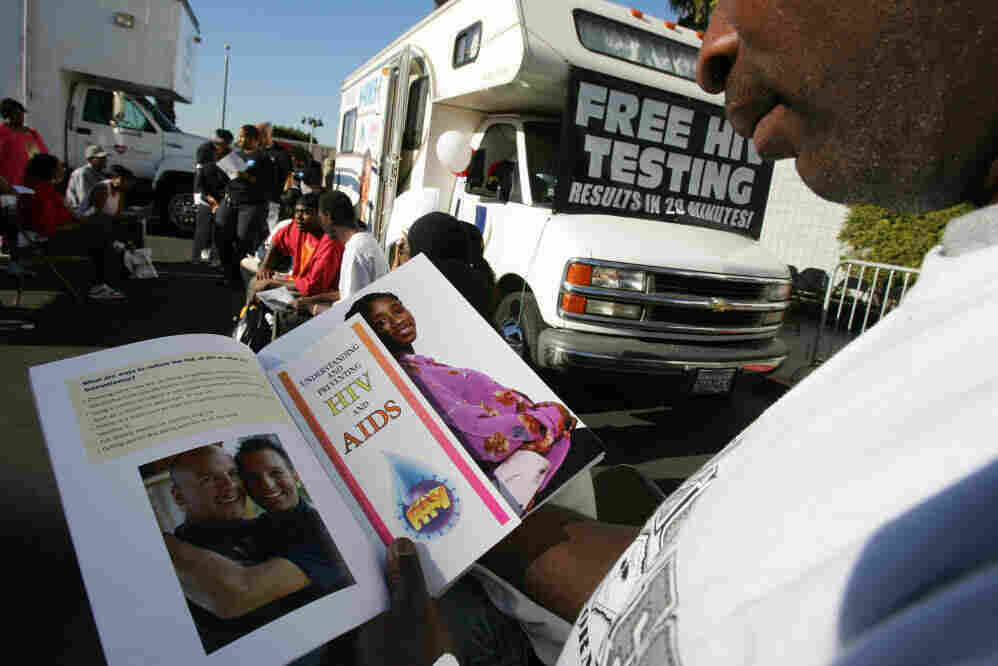 The latest numbers from CDC show that only 28 percent of the nation's 1.2 million HIV-infected people are getting effective antiviral treatment; effective treatment rates are lowest among African-American men. Robyn Beck/AFP/Getty Images hide caption 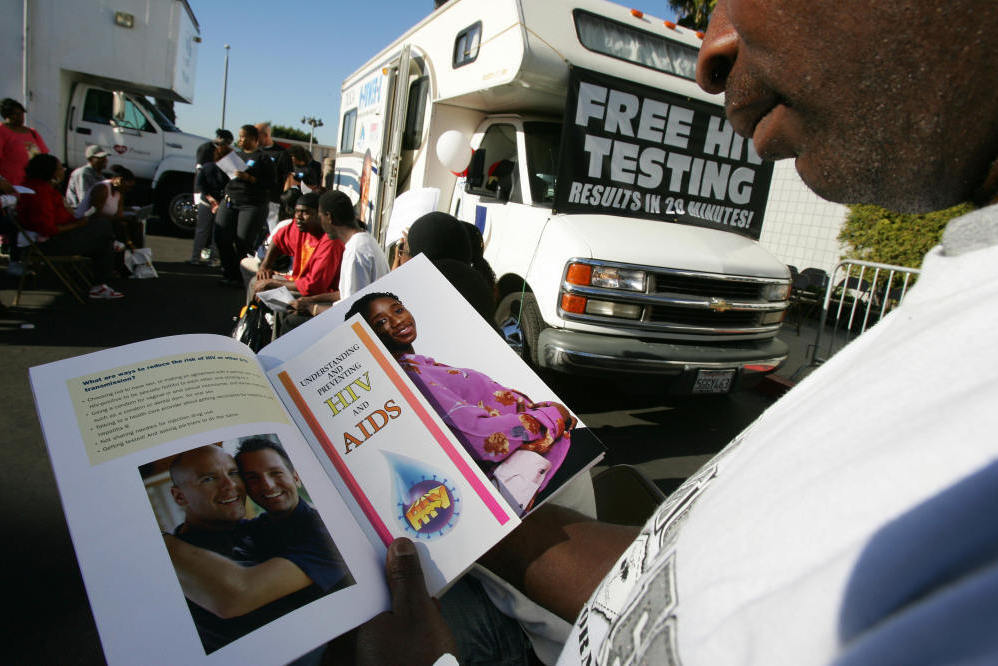 The latest numbers from CDC show that only 28 percent of the nation's 1.2 million HIV-infected people are getting effective antiviral treatment; effective treatment rates are lowest among African-American men.

The United States is doing a pretty miserable job of treating people with HIV.

The latest numbers show that only 28 percent of the nation's 1.2 million HIV-infected people are getting effective treatment — that is, antiviral medications to keep the virus in check.

"This means that about 850,000 Americans do not have the virus controlled," Dr. Thomas Frieden said during a media teleconference called by the Centers for Disease Control and Prevention to unveil the latest numbers on HIV testing and treatment.

That adds up to a lot of people who are vulnerable to declining immune systems and ultimately, the terrible infections of AIDS. About 17,000 Americans still die of AIDS every year.

Even in places doing the best job of testing people for HIV and getting them into treatment, there's a long way to go.

In San Francisco, which has one of the nation's highest concentrations of HIV-positive people, 60 to 70 percent of them are getting effective treatment, says Dr. Grant Colfax, the city's director of AIDS prevention and research. But that means, of course, that even San Francisco hasn't been able to get as many as 40 percent of its HIV-infected population into long-term treatment.

"It's not sufficient to provide people with one doctor's appointment after the diagnosis," Colfax told Shots. "It's very important to give that person the social and emotional support, as well as the medical support, they need to engage in care."

That's not easy to do. But the implications of not doing it go beyond the already-infected to the not-yet-infected. Last spring a large study confirmed what AIDS researchers have long hoped: that suppressing HIV with antiviral drugs makes treated people much less likely to infect others — 96 percent less likely.

And not treating people with HIV is probably the most expensive mistake the nation can make in the 30-year-old war against the disease. Without "substantial improvement" in rates of effective treatment, the CDC says, there will be 1.2 million new HIV infections in the U.S. over the next 20 years.

Since it costs $367,000 (in 2009 dollars) to treat each infected patient over a lifetime, those avoidable infections will cost the nation nearly a half-trillion dollars.

Fenton says nearly two-thirds of HIV-infected black men who have sex with men are unaware of their infection.

The CDC is launching a new campaign that targets this especially vulnerable group with the message "Testing Makes Us Stronger." The campaign will cost about $2.4 million.

But as the new numbers make clear, diagnosing HIV infection is only the first step. It's a lot harder to get people into treatment and keep them there.