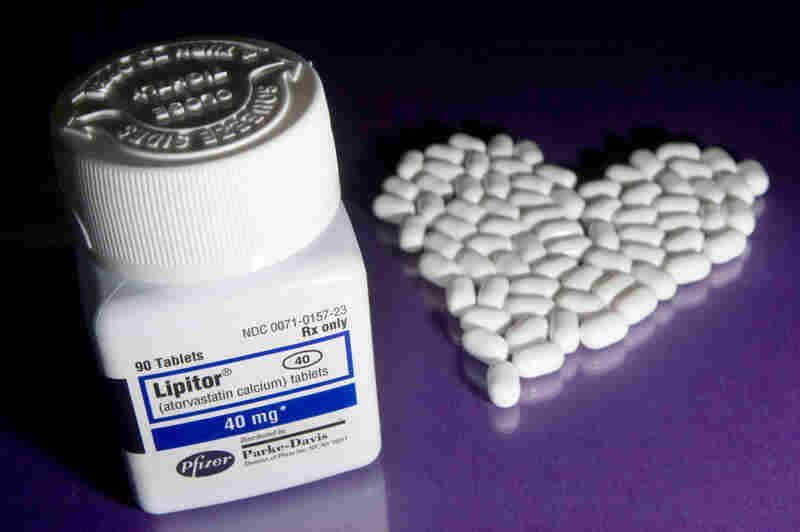 Medication used for lowering cholesterol should also be lower in price now that two generic brands have entered the ring.

Back in 1996, cholesterol-fighter Lipitor became the fifth drug of its kind to be approved by the Food and Drug Administration. This week, the biggest hit in the history of the pharmaceutical industry lost its patent protection in the U.S., opening the door to generic versions to replace the iconic brand.

One version of the cholesterol-lowering drug Lipitor (generic name is atorvastatin) was approved by the Food and Drug Administration Wednesday. Pfizer Inc.'s patent on the drug expired the same day.

Watson Chief Executive Paul Bisaro told CNBC that his company's generic version of Lipitor will sell at a 50 percent discount from its recent price as a brand-name drug. According to the Wall Street Journal, recent list prices for Lipitor range from $3.50 to $5 per pill, depending on the region of the country.

"This medication is widely used by people who must manage their high cholesterol over time, so it is important to have affordable treatment options," Dr. Janet Woodcock, director of the FDA's Center for Drug Evaluation and Research, said in a statement. "We are working very hard to get generic drugs to people as soon as the law will allow."

Backed by Pfizer's marketing muscle, Lipitor racked up total sales of well over $100 billion in the 14 years since it hit the market. In the new era of generic competition, the drugmaker is being pretty aggressive in trying to preserve its turf.

For starters, Pfizer is offering discounts on the brand-name version of Lipitor — with prices as low as $4 a month for privately insured patients, down from typical co-pays of $25 to $45, according to the L.A. Times.

It's also asking drugstores to block prescriptions for the generic and fill them with Lipitor instead for the next six months, when generics won't be widely available. That strategy has drawn the scrutiny of Capitol Hill lawmakers, as The New York Times reports.

So what does all this mean for pocketbooks? At first, prices for Lipitor and the equivalent generics should drop a little. After six months, when more many companies will be allowed to produce generic Lipitor, the price for the drug should plummet to pennies a day.

Consumers who get generic Lipitor now can expect their insurance copayments to drop right away.