Accessibility links
Teens Aren't The Rampant Sexting Maniacs We Thought : Shots - Health News Teens aren't the rampant texters that we've been led to believe. In fact, they're pretty darned modest. That's the news from a survey of middle and high schoolers. Just 1 percent of teenagers said they had created or appeared in sexually explicit videos or photos that were shared. 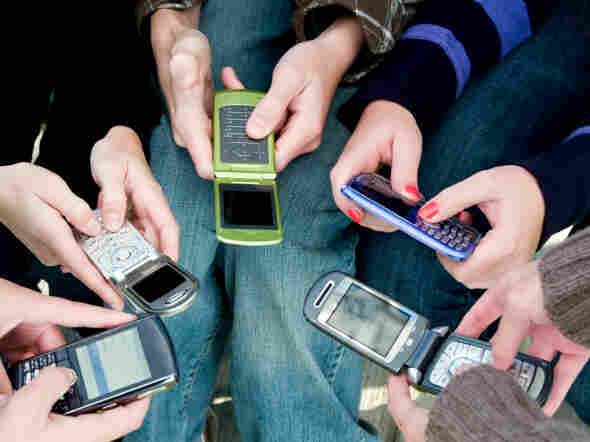 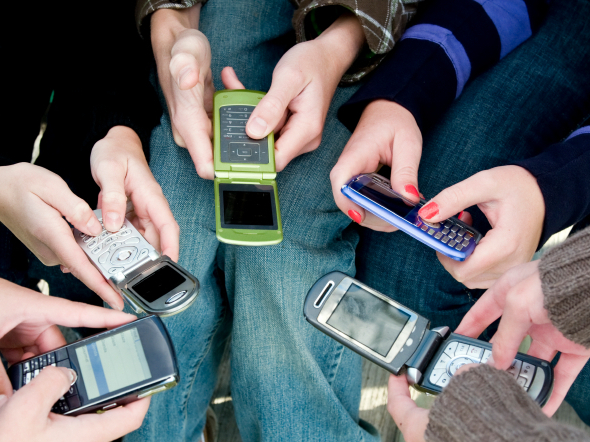 They're probably just texting their moms.

Teens sharing totally inappropriate naked photos on their phones: Sexting sounded so plausible, it just had to be true.

But now it turns out that's the vast majority of teenagers aren't sexting at all.

Just 1 percent of teens say they've created sexually explicit images and shared them, according to a new survey of 1,560 teenagers by the Crimes Against Children Research Center at the University of New Hampshire in Durham. About 2.5 percent of teens said they'd appeared in or created nude or nearly nude photos or videos. That's a far cry from the "22 percent of all teens are sexting" data that's been tossed around in the past few years.

More teenagers are getting sexy images on their phones, but even then those numbers are modest, so to speak. About 7 percent said they had gotten a nude or nearly nude image, and 6 percent said they'd gotten a sexually explicit image, which included naked breasts, genitalia, or buttocks. In the majority of cases, the images were sent as "romance as part of a relationship."

When teenagers get sexual images, the majority say they aren't passing the images along. And 21 percent said they were embarrassed, upset, or afraid after making the image, and 25 percent of recipients said so.

Add that all up and just about 10 percent of the middle schoolers and high schoolers surveyed had somehow been involved sexting in the past year. In many cases the images were "sexy" but not sexually explicit. "Only a low percentage of young people are appearing in or creating images that could be considered illegal child pornography," the researchers wrote in the journal Pediatrics. "Moreover, few of these images were being forwarded or posted."

The researchers say their findings are more accurate than earlier studies because they asked very specific questions about what children were sending and seeing, where earlier surveys merely asked about "sexting".

Still, organizations that monitor teen use of media say parents should talk with their children about the privacy risks of sharing explicit photos "Where do you draw your digital line?" asks the That's Not Cool site, intended for teenagers.

Sounds like most teens draw the line at a tasteful yet alluring photo that would pass muster with Mom and Dad.