Accessibility links
Experts: Benefits Of Bayer Contraceptives Outweigh Risks : Shots - Health News After hours of circular debate about the safety of Bayer's family of oral contraceptives, 15 of the Food and Drug Administration's 26 expert advisers voted that the benefits of these birth control pills outweigh the risk of dangerous blood clots. 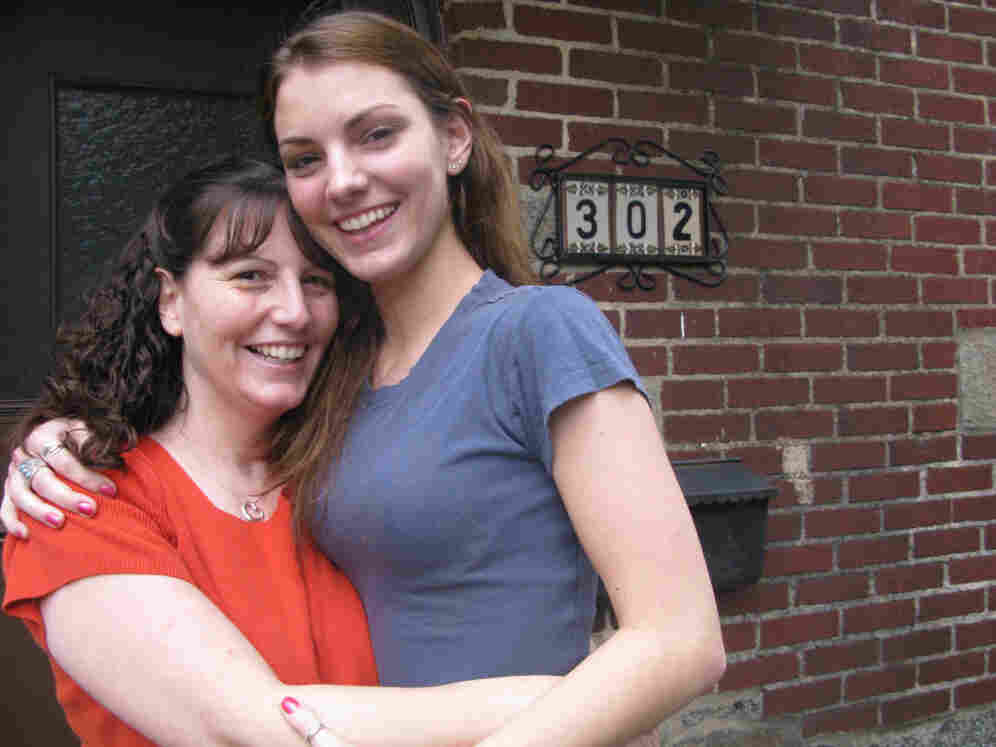 Katie Anderson, shown with her mother, Beth, in 2010, suffered a life-threatening pulmonary embolism. Her symptoms started within a month of taking the birth control pill Yaz. Jane Greenhalgh/NPR hide caption 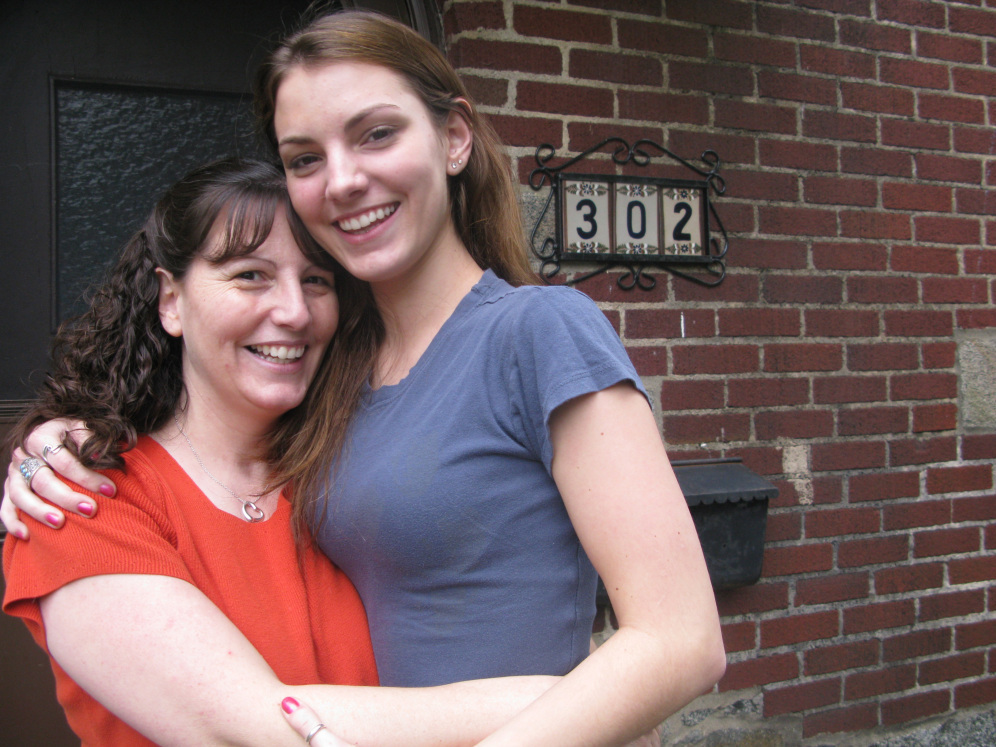 Katie Anderson, shown with her mother, Beth, in 2010, suffered a life-threatening pulmonary embolism. Her symptoms started within a month of taking the birth control pill Yaz.

Doubts have been growing about Yasmin, Yaz and their sister contraceptives for several years now. And those doubts reached full flower at a Food Drug Administration advisory panel on Thursday.

After hours of circular debate about the safety of this family of oral contraceptives, 15 of the FDA's 26 expert advisors voted that the benefits of these birth control pills outweigh the risk of dangerous blood clots.

But that's no tub-thumping victory for Bayer. It created this family of contraceptives, which now includes Beyaz and Safyral. They contain a hormone called drospirenone that's found in none of the other two dozen or so birth control pills available to American women.

And many who voted in favor of Bayer's drugs expressed serious reservations because of the risks. "I voted yes, but it was a difficult vote," said Sean Hennessy of the University of Pennsylvania. "I think the drug probably ought to be rarely used."

Underscoring those doubts, 21 of the 26 panelists voted for strengthening the warnings on labels of Bayer's contraceptives to reflect the findings of seven studies that the company's team had spent much of the day trying to discredit.

One of the seven was a 835,000-woman study commissioned by the FDA; it found about a two-fold increase in blood clots for Bayer's pills compared to competitors' products.

Nobody's completely satisfied with the quality of the evidence on the safety of Bayer's contraceptives containing drospirenone.

But many pointed out that the studies Bayer relies on most to argue for the drugs' safety were paid for by the company. Bayer makes a bundle on its contraceptives, although U.S. sales have fallen sharply since doubts began to be raised in 2009.

Much of the public comment featured people who urged the FDA to pull Bayer's contraceptives off the market. "In my opinion, absolutely, these drugs should not be on the market because there are safer alternatives," said Diana Zuckerman, president of the National Research Center for Women and Families, a consumer group.

The most wrenching testimony came from patients who say they suffered disabling blood clots, and from parents of young women who died after taking these pills.

One of them was Cindy Rippe, whose daughter 20-year-old Elizabeth died three years ago from pulmonary embolisms two months after she switched to Yasmin.

"Elizabeth was a very smart young woman," Rippe told the panel. "If Elizabeth had been clearly warned that Yasmin had more risk – maybe twice as much risk as other pills – she never would have switched to Yasmin – never. And she would be alive today."

Rippe is among 10,000 plaintiffs suing Bayer in cases that are to be tried beginning next month.

It doesn't help Bayer's case that a former FDA commissioner, Dr. David Kessler, has filed an affidavit in a Chicago federal court accusing Bayer of withholding early reports of blood clots from the federal agency back in 2004. Plaintiffs' lawyers leaked Kessler's statement to reporters on the eve of this week's hearing.

"We've always had a very open communication with the FDA. We've responded openly to all requests for information from the FDA. And the information we're presenting today is in total openness. I hope that puts your mind at rest."

"In my experience," Lukes said, "patients who begin Yaz or Yasmin are less likely to change and are happier with this pill... drospirenone pills provide an important and unique role for contraception."

That argument had some impact with panel members. Dr, Naomi Tepper of Emory University voted for the proposition that drospirenone contraceptives' benefits outweigh their risks because she was afraid that a no-vote "would mean pulling them from the market. And if there are women who believe this pill benefits them, that has to be taken into consideration."

But many were unpersuaded that Yasmin and her sisters confer any special benefits, or at least not enough to outweigh the risks of fatal lung clots or longterm disability from deep-vein thromboses. "I wouldn't recommend this to my patients and I wouldn't have my daughter take it," said Dr. Peter Kaboli of the University of Iowa.

The decision on what to make of all this rests with the FDA. It's expected to strengthen the warning labels of these birth control pills – although many panel members worried about what consumers and doctors can make of an even-more-complicated litany of conflicting studies.

The agency says it intends to do more definitive studies on the risks of drospirenone contraceptives. But one staffer acknowledged that it hasn't identified the funds for that yet.