Accessibility links
Insurers Often Don't Pay For Teen Weight-Loss Surgery : Shots - Health News Adolescents covered by Medicaid may have an easier time getting weight-loss surgery paid for. The surgery costs upwards of $20,000 and it's not entirely clear which adolescents would benefit most from it. 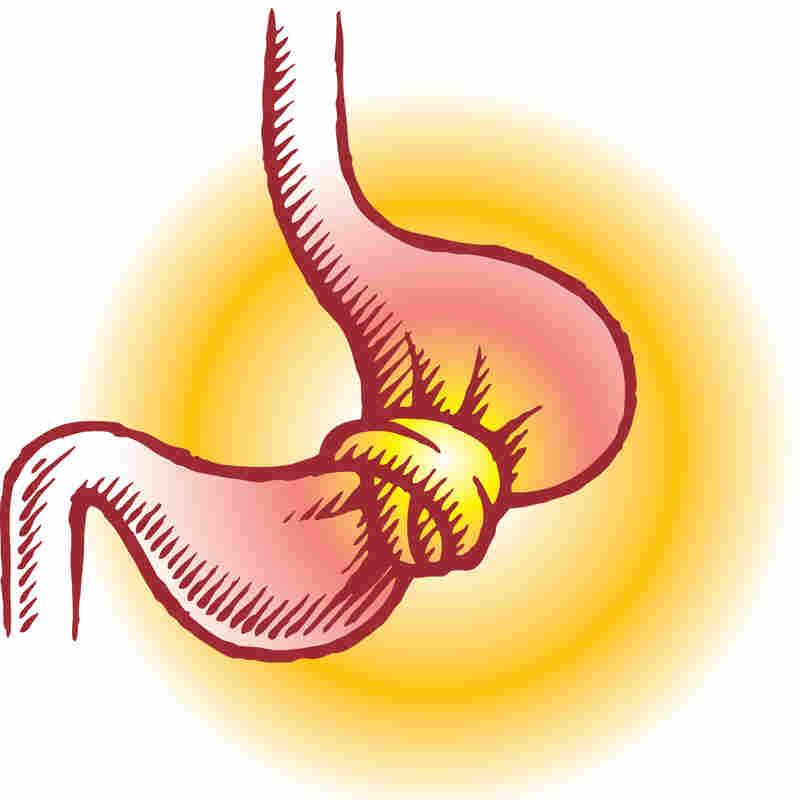 Weight-loss surgery for morbidly obese teenagers is getting some traction, when diets and exercise fail.

Getting the procedure paid for is another matter, since many insurers and employers are still wary of covering it for children. The surgery costs upwards of $20,000, and it's still being evaluated to determine which adolescents would benefit most from it.

Clinicians say kids who are covered under the Medicaid program may actually have an easier time getting insurance to pay than those in private plans.

If kids are covered by Medicaid or CHIP, the Children's Health Insurance Program, "We know they're covered in Texas," says Trish Walters-Salas, a nurse case manager who handles insurance authorizations for the adolescent bariatric surgery program at Texas Children's Hospital in Houston. "But if it's commercial insurance, it's employer-driven and it's based on what the employer has selected for employees."

Forty-seven state Medicaid programs cover bariatric surgery in adults, according to the American Society for Metabolic and Bariatric Surgery. But it's not clear how many of those states pay for the surgery for teens.

Ohio is one that does. "We had to spend time talking to Medicaid directors in Ohio over several years to get on same page in terms of what we were offering these kids," says Dr. Marc P. Michalsky, surgical director at the Center for Healthy Weight and Nutrition at Nationwide Children's Hospital in Columbus. "In Ohio, at least half our [adolescent bariatric surgery] patients are Medicaid recipients," he says.

Adolescent obesity specialists caution that weight-loss surgery must be undertaken cautiously in young people. In general, hospitals require that, among other things, surgical candidates must have tried to lose weight through diet and exercise and been unsuccessful and have reached their adult height. They also must be mature enough to make profound changes in what their dietary and other changes that the surgery requires.

Fifty-six percent of employers with between 1,000 and 5,000 employees cover the procedure in adults, according to human resources consultant Mercer.

At some companies, bariatric surgery may be specifically excluded for anyone under age 18, says Walters-Salas, the Texas nurse. If that's the case, "then forget it," she says. "But if it's simply not a covered benefit, there are ways to get around it."

Walters-Salas is quick to pick up the phone to call decision-makers, whether it's the medical director at an insurance company or a corporate executive, to persuade them to cover the surgery.

She called the president of a company once to lay out a case for covering the surgery in a 15-year-old. "I said, 'Here's what we're up against,' " she remembers. "This child is not going to make it to her 20th birthday.'"

The hard sell worked. She tells parents who think their child needs surgical help to keep pushing. "Sometimes people give up too soon," she says.