Accessibility links
Journal Retracts Key Study Linking Virus To Chronic Fatigue Syndrome : Shots - Health News The journal Science has withdrawn a study from 2009 that suggested an obscure virus causes chronic fatigue syndrome. The findings raised patients' hopes for effective treatments. But scientists who raced to confirm the viral link failed to do so. 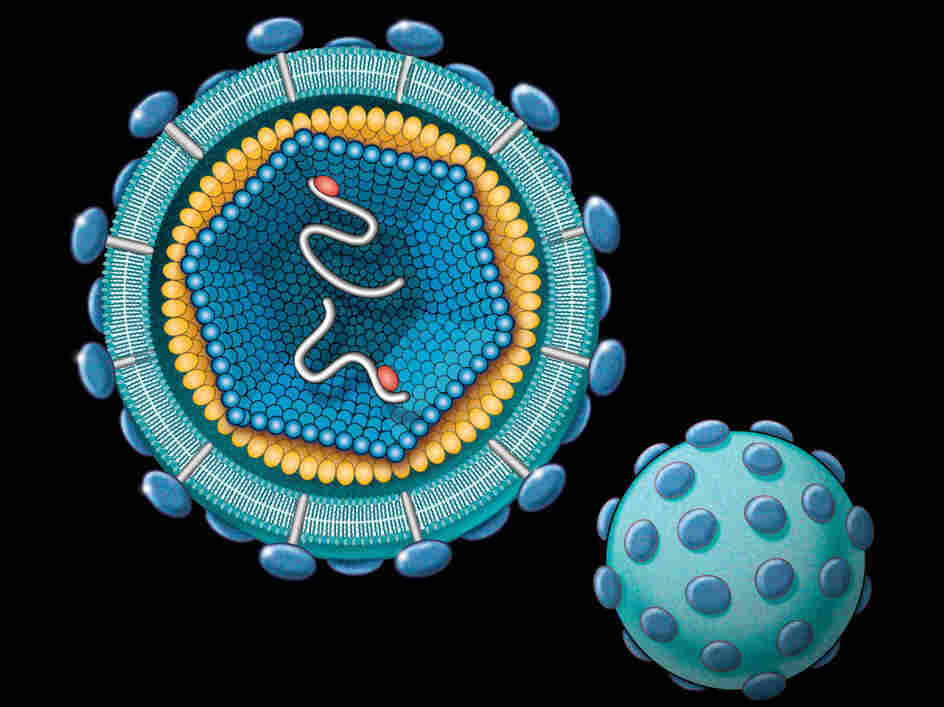 A virus called XMRV was linked to chronic fatigue syndrome in a study published in Science in 2009. Now that paper has been withdrawn. David Schumick and Joseph Pangrace/Cleveland Clinic Center for Medical Art & Photography hide caption 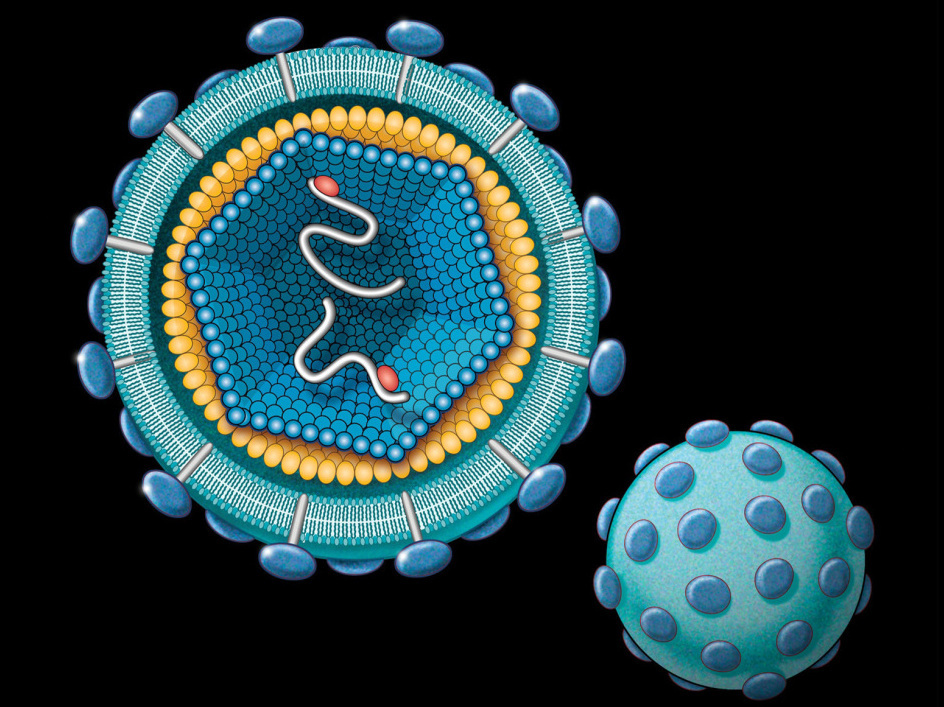 A virus called XMRV was linked to chronic fatigue syndrome in a study published in Science in 2009. Now that paper has been withdrawn.

The controversial scientific saga over an obscure virus that some researchers proposed as the cause of chronic fatigue syndrome appears a step closer to ending.

The provocative suggestion appeared in October 2009 in the prestigious journal Science. The idea raised CFS patients' hopes for effective treatments. The paper also sparked a race by scientists to confirm whether the virus, called XMRV for short, was, in fact, the CFS culprit.

Now, after two years of mounting skepticism, Science is wiping the study from the academic record in a full retraction.

The journal had formally raised its doubts in an editorial expression of concern in May. And in September, the journal partially retracted the paper. At the time, the journal's editor questioned why the virus was present in the blood of 67 percent of the CFS patients tested compared with 4 percent of healthy people.

The journal noted that at least a dozen other studies failed to detect XMRV in CFS patients, and the most likely reason for the presence of the virus was contamination from within the lab. The partial retraction acknowledged contamination of blood with the virus. Corresponding figures using the data were withdrawn from the paper.

The full retraction cites the failure of multiple laboratories, including those of the original authors, to reproduce the findings in the paper. It also mentions poor quality control in several of the study's experiments as well as the authors' omission of crucial information in one of the report's figures. One set of blood samples had been treated with different chemicals than the others.

About a year after the original paper came out, Shots reported on the questions multiplying about its findings. Scientists were having trouble replicating the results. No one seemed to be able to find XMRV in the blood of CFS patients.

Then in late 2010, the journal Retrovirology published work by scientists claiming that the 2009 paper was fatally flawed. "Our conclusion is quite simple: XMRV is not the cause of chronic fatigue syndrome," Greg Towers, a Wellcome Trust Senior Research Fellow at University College London, said in a statement at the time.

Two more studies came out in May of this year that debunked the connection between XMRV and CFS. NPR's Richard Knox reported that Judy Mikovits, the senior author on the original paper, refused to withdraw her 2009 paper at the request of the editors of Science, saying that would be premature in light of a planned National Institutes of Health study on XMRV.

Knox also reported that because of the fear that a new virus might be circulating, people with a history of chronic fatigue had been barred from giving blood in the U.S., Canada and other countries.

Even as uncertainty about results grew, some doctors reportedly began prescribing antiretroviral drugs to CFS patients in the hope that it would cure the debilitating ailment, which is thought to affect at least a million Americans.

Scientists at the University of California, San Francisco retested the CFS patients who were the subjects of the 2009 paper and found no evidence of XMRV in their blood. Researchers at the National Cancer Institute and UCSF suggested that the XMRV showing up in patients' blood was from contamination of lab equipment or chemicals used in the experiments.

Most recently, in September, researchers from nine different labs looked for XMRV in the blood of 15 people with CFS and 15 healthy people. Only two labs found the virus, and even then, they found it at the same rate in the patients as in the healthy folks. Mikovits, however, continued to stand by her lab's data. A week later, she was fired after refusing to turn over certain cell lines to a fellow researcher, according to the Wall Street Journal's Health Blog.

Science's official retraction says that "the majority of the authors have agreed in principle to retract the report but they have been unable to agree on the wording of their statement. It is Science's opinion that a retraction signed by all the authors is unlikely to be forthcoming."

So the journal went ahead on its own.

Over at the blog Retraction Watch, Ivan Oransky writes that the Science retraction won't spell the end of the drama. For one thing, he notes that Mikovits "is embroiled in a legal battle with her former employer, the Whittemore Peterson Institute in Reno, Nevada, over whether she has the right to lab notebooks and other materials." And she's also a party to a Columbia University study of blood samples from 150 people with CFS "to figure out if anything — including XMRV — can be considered a cause of the disease."