Accessibility links
Poked And Prodded For 65 Years, In The Name Of Science : Shots - Health News For 65 years, thousands of people have let themselves be weighed, measured, and tested. The result: The world's longest running study on human health. By far the most important finding is that early childhood experiences have a huge impact on health and well-being in adult life. 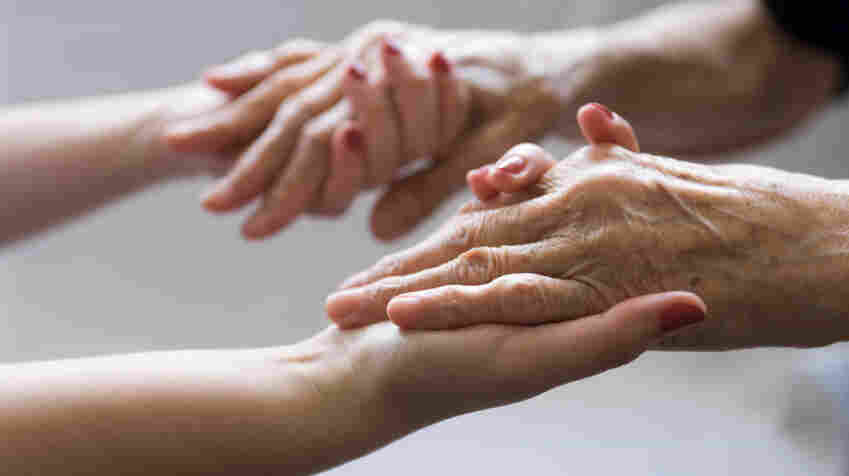 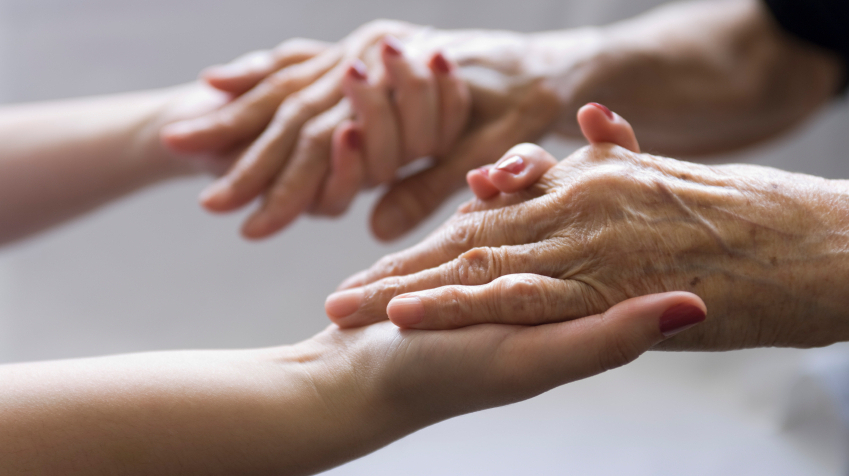 Experiences in youth shape our health in old age. That's the key lesson from the world's longest-running medical study.

One night in early March, well over a hundred people gathered together in the British Library in central London to celebrate their collective 65th birthday.

I was lucky enough to tag along.

These people, together with thousands of others living around the United Kingdom, were all born in the first week of March 1946, and they are all part of the world's longest-running study of human health.

At the time the study started, the British government was concerned about public health in the wake of World War II. And the health of children, born during a time of strict food rationing, was of particular concern.

Since their birth, the people in the study have been periodically poked, prodded and questioned by researchers. It may sound invasive, but a few awkward checkups in the teenage years aside, most of the study participants I spoke to didn't mind one bit.

Adrienne Mordan is one of many study members who has become more interested in the research as she's grown older. Today, like many in the room, she feels a sense of pride in what she has contributed. "As we get the study results, we can see sometimes they've actually influenced even governments," the 65-year-old says. "I feel very privileged to be involved with it."

Of the 5,362 babies originally enrolled in the National Survey of Health and Development, just 11 percent dropped out. Another 11 percent live abroad, and 13 percent have passed away.

The remaining group, or cohort in the lingo of researchers, is a boon to scientists around the world. Hundreds of papers have been written about the 3,000 or so cohort members. Most can be summed up in a single sentence: Early life is extremely important.

Some of the first hints of the importance of childhood came in the1960s, when researchers found to their surprise that children who performed equally on intelligence tests got different grades depending on their socioeconomic background. The finding led to education reform in Britain, while bolstering the case for programs like Head Start in the U.S.

As the cohort has aged, more and more relationships have shown up between conditions in childhood and health in later life. Some of them are downright bizarre. How well a woman scores on a cognitive test at age 8 seems to correlate to when she enters menopause, regardless of her socioeconomic background.

Diana Kuh, a scientist at the Medical Research Council and the third person to head the decades-long study, says that there's no obvious one reason for some of these correlations. She suspects that it is a cumulative effect of a lot of little things that happen early in life.

Study participants share remember their experiences in this video.

Researchers have gathered about 18,000 pieces of information on each person in the study, and they plan to gather a whole lot more as time goes one. But the scientists know it's not just about the numbers. Kuh makes it a point to write to the participants and their families, especially when they are experiencing difficult periods in their lives, or volunteering valuable information about themselves.

(This article in Nature gives more in-depth information about the study and its participants.)

The birthday party at the British Library was meant as another reward for study members. Because scientists wanted the study itself to have as little an effect on people's lives as possible, they intentionally tried to keep study members apart for most of their lives.

This year, they decided to make an exception for two reasons. First, the study is going to get more intrusive from here on out because people will undergo a battery of medical tests. If those tests turn up, say, cancer, then the study members will be told and treated. But equally important is that the scientists just wanted to say thanks for a life's work.