Accessibility links
Antiviral Drugs Sparkle In The Race To End AIDS : Shots - Health News AIDS researchers dealt the disease a major blow in 2011 by showing that antiviral drugs not only save the lives of infected people, they also stop them from spreading the virus. 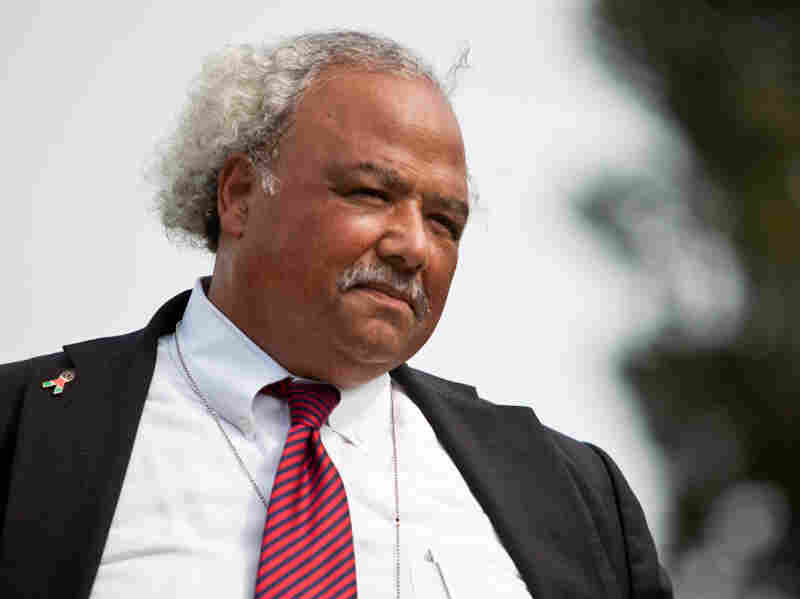 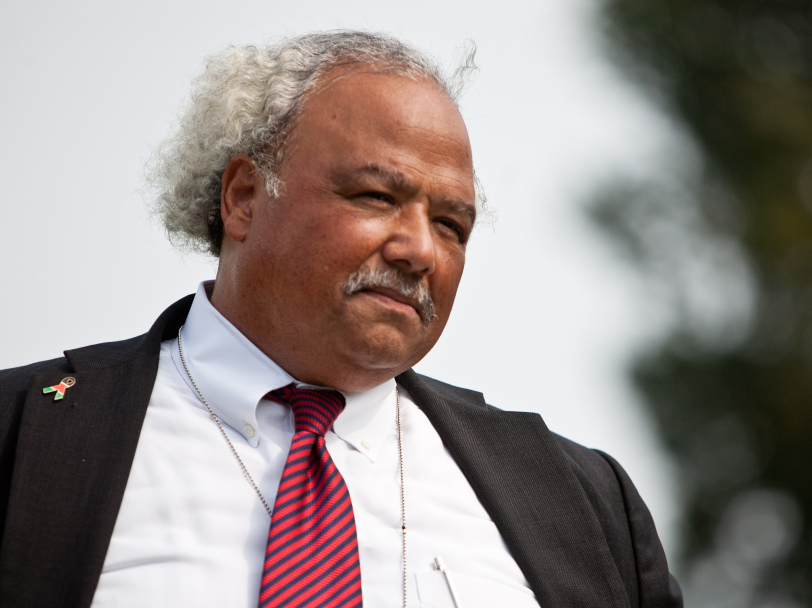 2011 has been a momentous year in the 30-year-old AIDS pandemic.

The big breakthrough was the discovery that antiviral drugs can prevent someone who's infected with HIV from passing the virus to others. It's nearly 100 percent effective. That led President Obama to declare earlier this month that the U.S. will expand HIV treatment in hard-hit countries by 50 percent.

As recently as last year, many of those experts were saying that just giving more people with HIV more drugs would never work. "For every one person that was put on antiretroviral therapy or treatment, we would have two to three new infections identified," Dr. Eric Goosby, U.S. Global AIDS coordinator, says.

It looked like a losing game, but not anymore.

The new research shows that antiviral drugs not only save the lives of infected people, they also stop people from spreading the virus and causing new infections, if the drugs can be given early enough after someone gets infected. The new strategy is called "treatment as prevention."

"So we suddenly are looking at a moment where we can treat our way out of the epidemic," Goosby says. "That's the turning point that we're looking at." Still, it'll take decades to end AIDS, according to experts. But many say the world has to be much more aggressive about treating HIV.

"The only thing that's more expensive than treatment-as-prevention is not doing treatment-as-prevention," says Brian Williams, an AIDS epidemiologist in South Africa. There are 6 million HIV-positive people in South Africa — the most anywhere. About a million-and-a-quarter of them are now getting antiviral treatment. That's saving a lot of lives, he says, but it's not preventing many new infections.

"We're getting them really very close to death," he says. "And we just have to start finding people much, much earlier." Especially before they have a chance to infect others.

Williams says the current policy actually works against that. Generally, people with HIV aren't eligible for treatment until a blood test shows the virus has devastated their immune systems. He calls that policy "test-and-wait." The problem with that is that people with HIV are told to come in for periodic blood tests to see if they're sick enough to be treated. But after a few months of that, they just stop coming.

"And then they get really sick and then they can't come and then they die," he says. "So at the moment, our attempts to triage the population are actually making the problem worse and not better."

South Africa needs to shift gears to test and treat people as early as possible, according to Williams. "We know technically, now, that it works," he says, "but what we need to know is, can we make it work in the real world? That's the key." And that's going to take some pilot projects, he says.

That's also true for America, according to Dr. Wafaa El-Sadr, professor of epidemiology at Columbia University. "Even in the United States, the data are still pretty alarming," she says. "It's estimated that maybe only about a quarter of those with HIV have suppressed viral loads."

That is, most Americans with HIV are not getting antiviral drugs, or not enough to keep the virus in check. So they could be infecting others.

El-Sadr is leading a project in the Bronx and in Washington, D.C., two of the nation's hottest hot spots for new HIV infections. The aim is to "saturate" these places with testing-and-treating services.

Goosby agrees that field testing is necessary and urgent. He's allocated $150 million to answer those questions in South Africa, Tanzania, Zambia and Botswana. But he doesn't want researchers to dither for years.

He says some of the answers should start coming in 2012.

A previous Web version, as does the audio, of this report on treating HIV to prevent transmission may have implied that people who are not under treatment invariably infect others. In fact, Americans who are not taking antiviral drugs, or are not taking enough to keep the virus in check, could be infecting others. Many HIV-infected people use other means such as consistent condom use to reduce that risk.