Accessibility links
Study: Weight-Loss Surgery Can Cut Deaths From Heart Attacks, Strokes : Shots - Health News Morbidly obese people who had bariatric surgery had fewer heart attacks and strokes than similar people who didn't have the surgery, Swedish researchers found. Even so, a U.S. surgeon cautions that the benefits of the procedure don't necessarily outweigh the risks for many people. 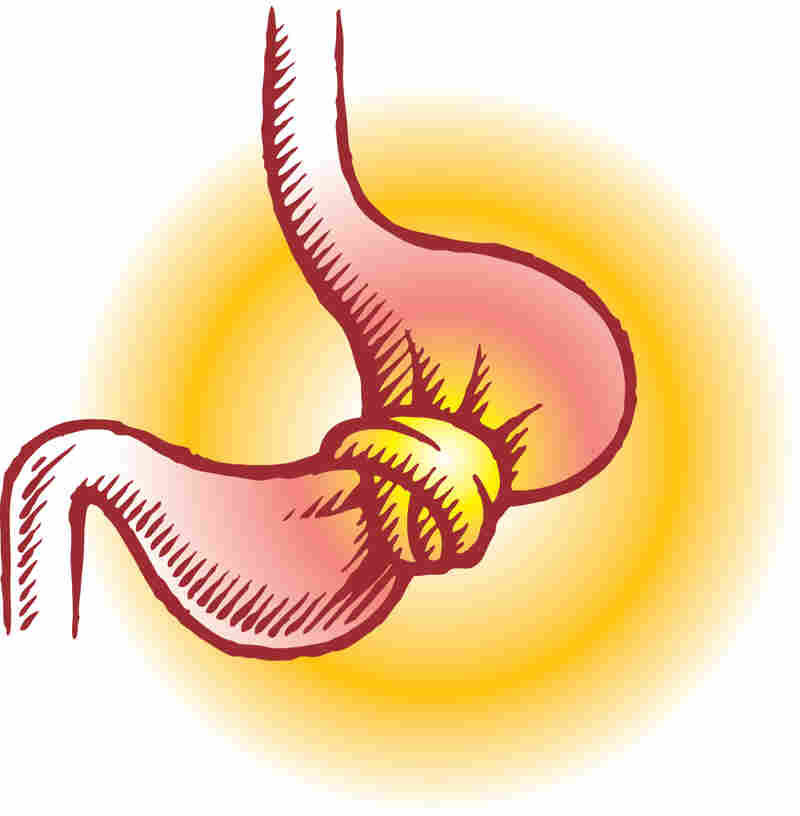 Most patients who undergo bariatric surgery lose weight and experience other health benefits. They have less heart disease, diabetes and cancer than their obese counterparts who don't have the surgery.

Now, researchers from the University of Gothenburg in Sweden find bariatric surgery also reduces deaths from cardiovascular causes, such as heart attacks and strokes.

In the study, more than 2,000 middle-aged obese people underwent surgery. They were then compared with an equal number of similar people who didn't have surgery and received healthcare as usual.

The study appears in the latest issue of JAMA, the Journal of the American Medical Association.

The researchers checked the health and body weight of the participants at 2, 10, 15 and 20 years.

Over the years, patients who had surgery lost and kept off between 16 and 23 percent of their original body weight. Patients who didn't have surgery stayed about the same weight. Both groups started out with a body mass index measuring over 40, which is considered morbidly obese by U.S. government health standards.

During the follow up, which lasted an average of 14.7 years, the researchers found patients who didn't have surgery suffered more heart disease and more fatal heart attacks and strokes.

Obesity is one of the leading preventable causes of death worldwide. Studies in Europe and in the U.S. have found obesity associated with increased mortality, heart disease, and metabolic syndrome which is a combination of medical disorders that includes type 2 diabetes, high blood pressure, high cholesterol and high triglycerides.

But bypass surgery carries risks, including infection, hemorrhage and hernia. Gastric bypass also can lead to stomach leakage into the abdomen, bowel obstruction and nutritional deficiencies. And many patients gain back much of the weight they lost, putting them at greater risk, once again, of obesity related health problems.

The risks should give pause, despite the benefits seen in the latest study, one surgeon says. In an accompanying JAMA editorial, Dr. Edward Livingston, at the University of Texas Southwestern Medical Center, writes that "because the expected health benefits do not necessarily exceed the risks of weight-loss operations, obese patients without other weight-related complications generally should not undergo bariatric surgery."

Livingston calls for the National Institutes of Health to convene another expert panel to rigorously assess the available evidence and provide an update on 20-year-old recommendations for bariatric procedures for the treatment of obesity.