Accessibility links
Number Of Twins Soars As Older Moms Turn To Fertility Treatments : Shots - Health News The number of twins being born in the United States more than doubled between 1980 and 2009, federal statistics show. 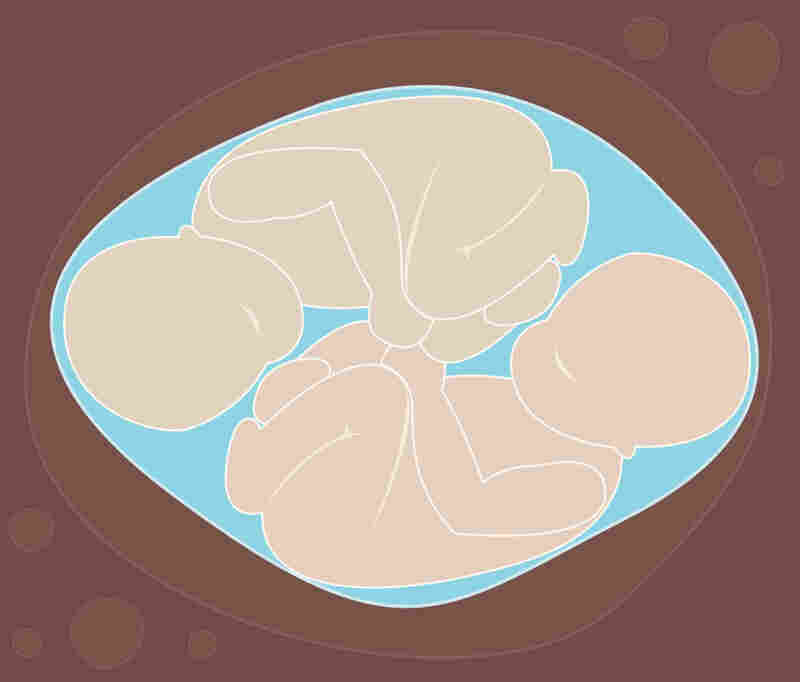 The number of twins born each year in the United States has more than doubled since 1980, federal health officials reported Wednesday.

For most of the last century the rate at which American women gave birth to twins remained steady at about 2 percent of all births.

But the rate increased steadily between 1980 and 2009, according to the latest data from the National Center for Health Statistics. And by 2009, more than 3 percent of all births produced twins.

What's going on? More women started waiting until they were older to have children, and older women are more likely to have twins, the report states.

Women ages 30 to 34 experienced a 76 percent increase in the rate at which they had twins. The increase was 100 percent for those ages 35 to 39 and more than 200 percent among women 40 and older.

But the government researchers figure that the rise in age of moms alone accounts for about a third of the increase. The other two-thirds is probably due to the increase in the number of women getting pregnant using fertility treatments, including in-vitro fertilization, the researchers say.

Doctors worry about twins, triplets and other multiple births because those babies are at increased risk for a variety of health problems.

"The study of multiple births is important because of their elevated health risks and accompanying greater health care costs," they wrote, noting that more half of the twins were born underweight and about 1 in 10 are born very underweight.