Accessibility links
In US, Hospital Round Trips More Common For Heart Attack Patients : Shots - Health News In the U.S., hospitalized heart attack patients go home sooner than in other countries. They are also more likely to return to the hospital within a month of being discharged.

In US, Hospital Round Trips More Common For Heart Attack Patients

In US, Hospital Round Trips More Common For Heart Attack Patients 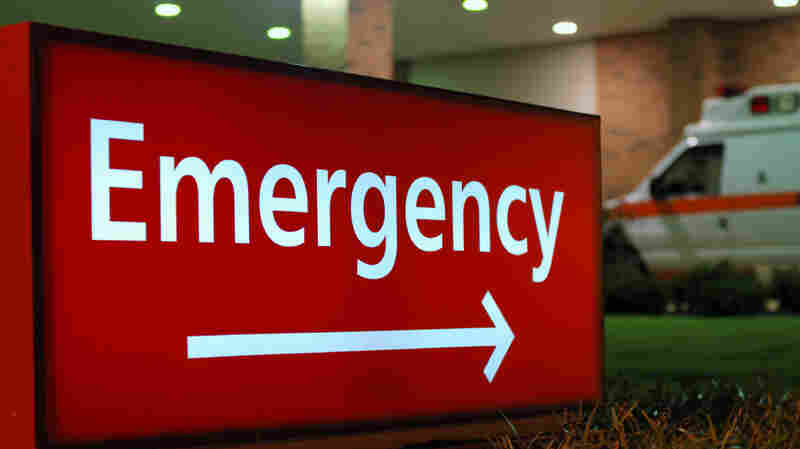 In the U.S., hospitalized heart attack patients go home sooner than in other countries. They are more likely to return to the hospital within a month of being discharged. iStockphoto.com hide caption

If a heart attack sends you to an American hospital, you'll probably go home after only two or three nights. That's faster than virtually anyplace else in the world.

But your chances of needing to go back into the hospital within the next month are also higher than they are for heart attack patients in 16 other countries. That's the finding from a Duke University-led study in this week's JAMA, the Journal of the American Medical Association.

On the face of it, the results suggest that hurry-up hospital care for U.S. heart attack patients may be pushing them home too quickly.

But, not so fast, says Dr. Manesh Patel, a cardiologist and the senior author of the study, which may be the first to compare international rates of hospital readmission after heart attacks.

"We certainly haven't shown in this study that U.S. heart attack patients need to be in the hospital longer," Patel told Shots. Rather, he says, the study triggers a passel of questions about how other countries do post-heart-attack care — both in the hospital and beyond — that results in fewer return stays.

We'll come back to those questions. But first, consider the study's main findings. They involve so-called STEMI heart attacks. The acronym stands for ST-segment Elevation Myocardial Infarction. Around 1 in 3 heart attacks is a STEMI, and they pose the gravest risk to victims.

Everywhere but the U.S., about 10 percent of the survivors had to be readmitted to the hospital within 30 days of their heart attack. But in this country, the readmission rate was 15 percent.

The higher U.S. rate wasn't due to differences in age or the presence of other illnesses.

Some of the higher U.S. readmission rate was from patients who were brought back to the hospital on an non-emergency basis to ream out other clogged arteries discovered at the time of the first admission. Many heart specialists hope that will lessen the chances of a subsequent heart attack, although the evidence for that isn't clear, Patel says.

But even when these elective hospitalizations are taken out, the U.S. still has the highest rate of post-heart attack readmissions.

Since the U.S. has the shortest hospital lengths-of-stay, it would be tempting to conclude that the pressure to cut costs here has compromised quality. Early readmission is considered a marker of poor quality of care.

But Patel says it's simplistic to blame high U.S. readmission rates on short U.S. lengths-of-stay. As a case in point, he cites Canada — perhaps the closest comparison with U.S. medical culture.

But in all of Canada there are only 45 hospitals that provide the kind of acute heart attack care available in hundreds of U.S. centers — clearing of the clogged coronary artery within hours, followed by placement of a metal stent to keep it open.

"In Canada," Patel says, "patients are often transferred back to the hospital from where they were initially referred, and then they're linked up with their primary care physicians and local cardiologists so their rehabilitation can start."

He says the U.S. often falls down on that post-hospital coordination.

"I think we both do very well from when the patient has chest pain to getting the clogged artery open," Patel says. "But it looks like Canada does better in going from the hospital to home."

That involves things like making sure the patient knows all the things he or she needs to do to prevent a subsequent heart attack, such as stopping smoking; setting up a followup visit with a primary care physician who has access to the hospital records; and ensuring the patient knows what to do if new cardiac symptoms arise.

Importantly, the study found no difference in 30-day death rates following STEMI heart attacks between the United States and the 16 other developed countries.