Accessibility links
Excedrin, Bufferin, NoDoz And Gas-X Recalled : Shots - Health News Novartis is recalling a slew of nonprescription medicines due to problems at a Nebraska factory. Some bottles may contain the wrong medicine. There have been reports of chipped or broken tablets, too. 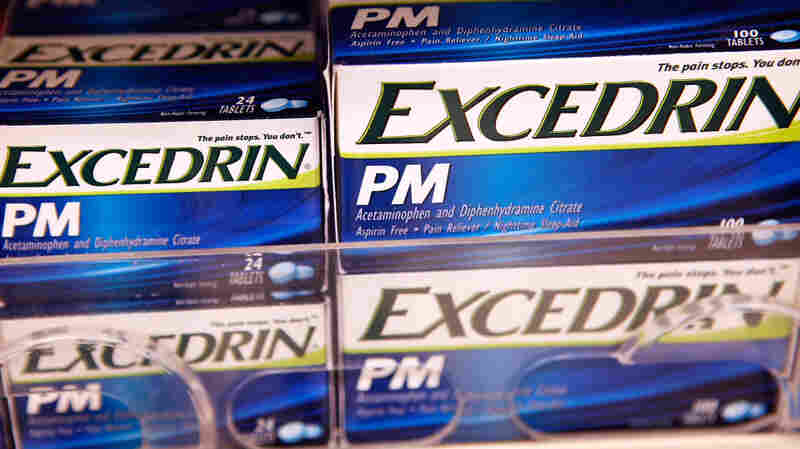 Excedrin PM tablets are among the drugs being recalled by Novartis due to quality issues. Scott Olson/Getty Images hide caption 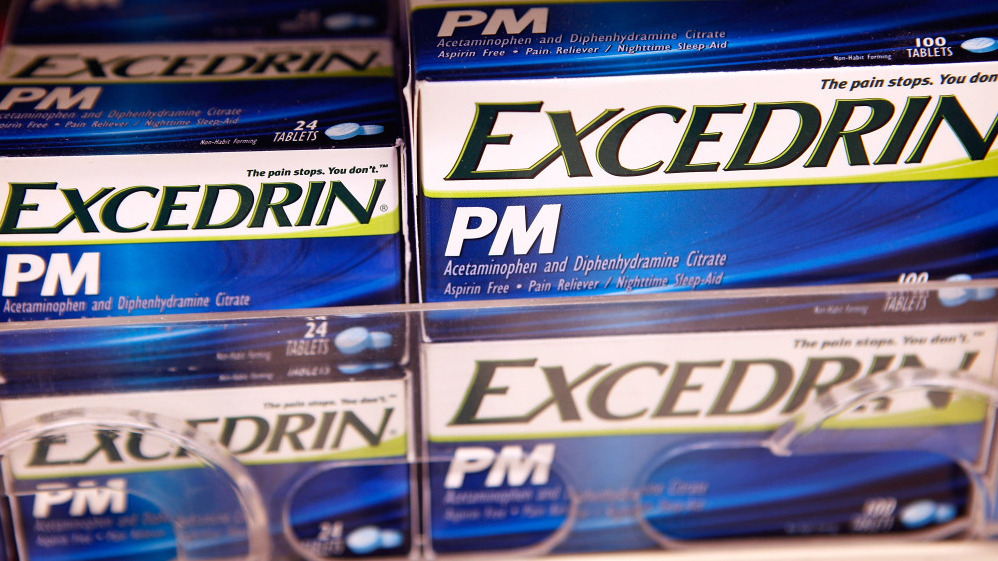 Excedrin PM tablets are among the drugs being recalled by Novartis due to quality issues.

It's enough to give you a headache. Some of the pills inside the bottle of Excedrin in your bathroom cabinet might be the wrong ones.

Drugmaker Novartis is recalling a slew of nonprescription medicines because of of quality issues at a factory in Lincoln, Neb.

The company says there may be chipped or broken tablets inside some bottles. There's a bigger worry, though. It's possible that "stray tablets, capsules, or caplets," as Novartis puts it, could have found their way into the container of medicine you bought.

"Mixing of different products in the same bottle could result in consumers taking the incorrect product and receiving a higher or lower strength than intended or receiving an unintended ingredient. This could potentially result in overdose, interaction with other medications a consumer may be taking, or an allergic reaction if the consumer is allergic to the unintended ingredient."

Novartis says it's unaware of any health problems caused by the quality lapses that led to the recalls.

The factory that makes the affected drugs has suspended production while Novartis sorts out the problems there and deals with the recalls.

Overall, the FDA alleged the quality unit at the factory has been understaffed and "has consistently failed to review critical complaints" for drugs made and packaged there.

Novartis said it's working to remedy the problem. In a statement, CEO Joseph Jimenez said, "We are making the necessary investments and committing the right resources" to make sure that quality standards are upheld across the company.

In a related move, the FDA is telling consumers to check bottles of narcotic painkillers sold by Endo Pharmaceuticals to make sure the pills are all the same. Bottles of Percocet, Percodan, Opana and some other Endo drugs are manufactured and packaged at the same Novartis plant. The bottles may contain stray pills from a different kind of medicine, the FDA said.

And the Associated Press reports that the FDA said it's possible that some of Novartis' over-the-counter pills may accidentally have been packaged with some of Endo's narcotic painkillers. "The likelihood of finding a wrong tablet in an opiate pain medication dispensed to patients is low and patients should not be unduly alarmed," FDA's Dr. Edward Cox said, according to the AP.