Accessibility links
Study: A Joint May Be Easier On Lungs Than A Cigarette : Shots - Health News Cigarettes are bad for lungs, but marijuana smoke so much at least for moderate pot smokers. That's the word from researchers to tracked the lung function of cigarette and marijuana smokers for 20 years. But the lungs of heavy pot smokers didn't fare so well.

Study: A Joint May Be Easier On Lungs Than A Cigarette

Study: A Joint May Be Easier On Lungs Than A Cigarette 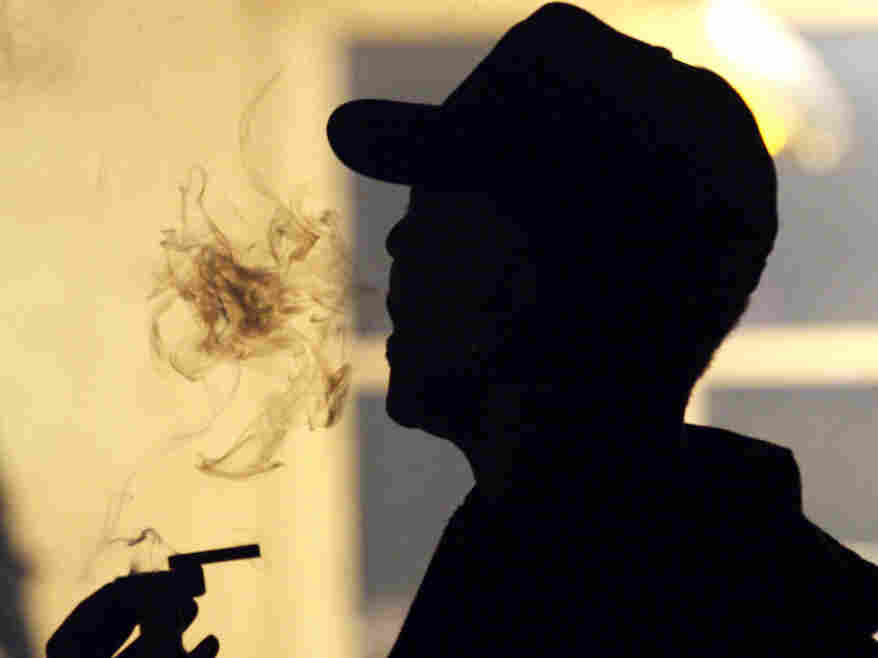 An unidentified man smokes medical marijuana during a karaoke night at the Cannabis Cafe in Portland, Ore., last May. Rick Bowmer/AP hide caption 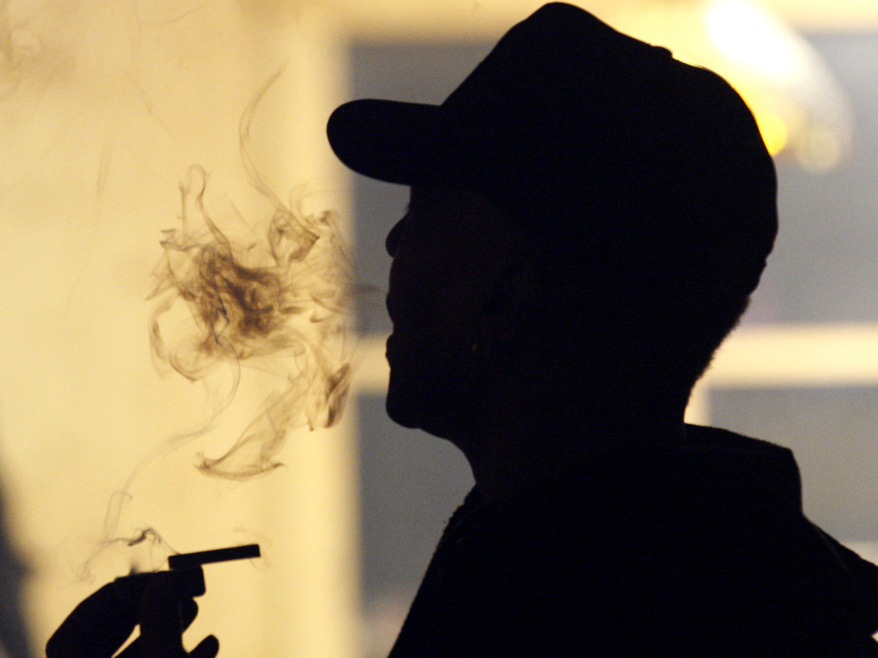 An unidentified man smokes medical marijuana during a karaoke night at the Cannabis Cafe in Portland, Ore., last May.

Smoking marijuana has just got to be bad for the lungs, since it's been made abundantly clear that cigarettes wreak havoc. Or so it would seem.

But the record on marijuana and lung health has been confusing at best. The latest study is typical: It shows that pot smokers' lung function actually improves, at least if they're not smoking a lot.

Smoking a joint a day for up to seven years doesn't hurt lung function, according to researchers at the University of California, San Francisco. They came up with that number after following more than 5,000 people for 20 years. The results were just published in JAMA, the Journal of the American Medical Association.

In fact, those occasional pot smokers actually had improvements in some measurements of lung function. That may be due in part to the stretching involved in the deep tokes typical of marijuana use. By contrast, both past and present cigarette smokers had impaired lung function.

But the pot smokers didn't get a completely clean bill of health. Heavy marijuana users, which the study defined as smoking more than 20 times a month, did see a decline in lung capacity. But that's after exposure to more than 10 "joint-years," which the scientists calculated as a joint a day for a decade. That's a fair amount of weed.

Cigarette use and marijuana use was self-reported, leading some Shots contributors to wonder just how how reliable those pothead reminiscences could be. Indeed, the scientists said that previous studies have shown that people's recollection of cigarettes smoked generally squares with nicotine levels in the blood. But they didn't test pot smokers' blood to see if that was true for them, too.

The lack of ill effect for occasional pot smokers may be good news for people considering marijuana for pain control or other medical purposes, the researchers conclude. But "our findings do suggest an accelerated decline in pulmonary function with heavy use," the scientists wrote, "and a resulting need for caution and moderation."