Accessibility links
Marathon Runners Face Low Risk Of Cardiac Arrest : Shots - Health News Participation in long-distance running events has doubled over the past decade, and race-related cardiac arrests have increased, too. Even so, the risk is low, a study finds. Undiagnosed, pre-existing heart conditions are the biggest source of trouble. 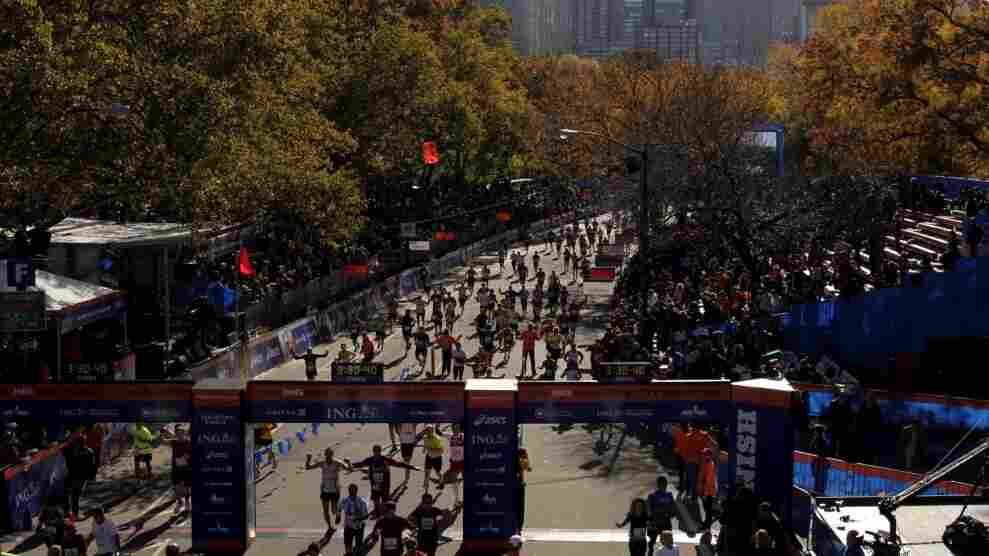 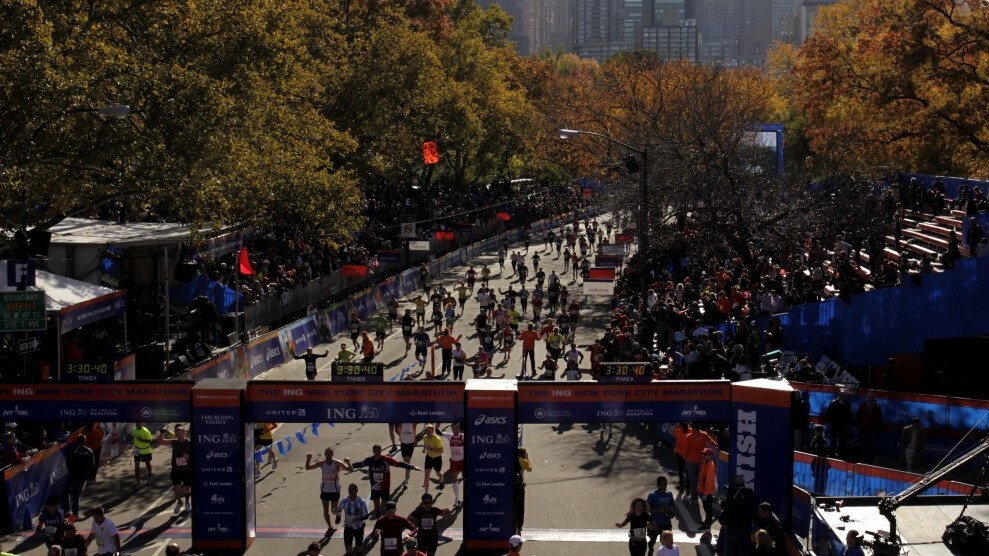 Running long-distance races isn't going to hurt your heart any more than other vigorous sports, researchers say. Just make sure you're fit enough to attempt the feat in the first place.

In the past decade, nearly 11 million runners participated in long-distance races, but only 59 suffered cardiac arrests, according to findings just published in the New England Journal of Medicine. Most of the cases happened to be in runners with undiagnosed, pre-existing heart problems.

"Certainly doing the run didn't cause the heart conditions," study author Dr. Aaron Baggish tells Shots, "but it was probably the stimulus that caused the near-fatal or fatal event." For the study, Baggish, associate director of the Cardiovascular Performance Program at Massachusetts General Hospital, compiled data on runners in marathons (26.2 miles) and half-marathons (13.1 miles) as far back as 2000.

The average age of runners whose hearts stopped beating was 42. Most were men.

A condition called hypertrophic cardiomyopathy, or a thickening of the heart muscle, was the underlying condition leading to cardiac arrest in many of the younger people. And those heart stoppages are tougher to overcome with CPR, Baggish says.

Older runners tended to have underlying coronary heart disease, which, he says, leads to a type of cardiac arrest that responds better to CPR.

The study also shows that cardiac arrest cases in races are on the rise, especially in men. Baggish attributes this to an increase of participation in marathons and half-marathons — doubling in the past 10 years — and the male predisposition for cardiac arrest.

"Recently more and more folks that have a history of being sedentary and even having heart disease or heart risk factors are turning to the sport to improve their health," he says. "These are the people who are probably most at risk."

All told, 42 of the 59 people who had cardiac arrests died during the race or at the hospital after being taken there. That translates to about 1 death per 259,000 runners. For collegiate athletes, the sudden death rate is 1 per 43,770, researchers say. For triathletes, it's 1 per 52,630.

The mortality rate for marathoners and half-marathoners is about 20 percent lower than the rate for typical cardiac arrest cases that happen outside hospitals, the report says.

Baggish says that the survivors of race-related cardiac arrests got immediate, bystander-initiated CPR. Among people who died, less than half of got CPR.

"This means that if a cardiac arrest occurs, the only real way of ensuring a chance of survival is for the people that witnessed the event to start CPR immediately," he says.

Although the cardiac-arrest risk is low, Baggish says people should get checked out by a doctor before tackling a long-distance run — even if they're young.

"The deal is that exercise is really quite protective, but it's not completely protective," he says. "If you're destined to have a problem, it's most likely to occur while you're actually exercising."